A Scuba-diving YouTuber has discovered a car containing human remains that’s connected to a cold case of two Tennessee teens who went missing 21 years ago.

Jeremy Beau Sides, 42, of the YouTube channel Exploring with Nug and his team found a black Pontiac Grand Am during a dive mission in Sparta, Tennessee, in late November, with yet-to-be-identified human remains discovered inside.

The two teens, Jeremy Bechtel, 17, and Erin Foster, 18, went missing without a trace in the small town of Sparta in 2000.

The newly discovered vehicle – which The New York Times reported had belonged to Foster – was recovered by Sides and his team after having been submerged in Calfkiller River.

The license plate matched that of Foster’s missing Pontiac, according to the White County Sheriff and The Times. DailyMail.com reached out to the Sparta Police Department for comment.

Sides made the trek to the small town last month to search for Foster’s Pontiac Grand Am. His entire YouTube channel focuses on recovering lost items from bodies of water, often connected to cold cases.

He and his team searched the waters and found the car using side scan sonar, before sending in scuba divers to pull it out of the water, he said.

Video of the car’s retrieval shows the rusted Pontiac being pulled from the river while still mostly intact. They later turned the vehicle and the remains to the police department.

SCROLL DOWN FOR VIDEO 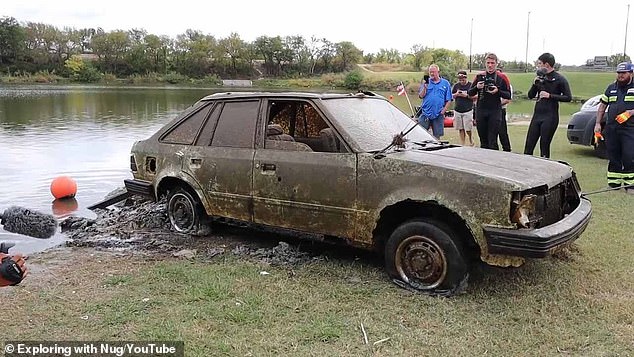 Pictured: A Grand Am that was retrieved it from a river in Tennessee. It’s connected to a cold case of two missing teens who haven’t been seen in 21 years 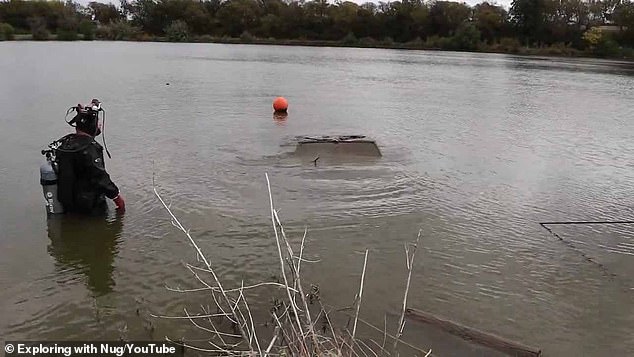 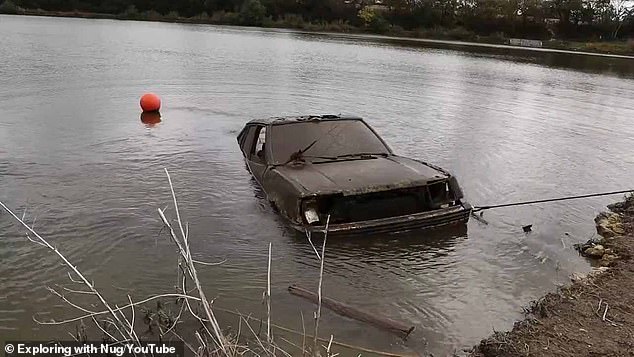 The vehicle, which the NYT reported had belonged to one of the missing teens, Erin Foster, was recovered by Sides’ and his team after having been submerged in a local river 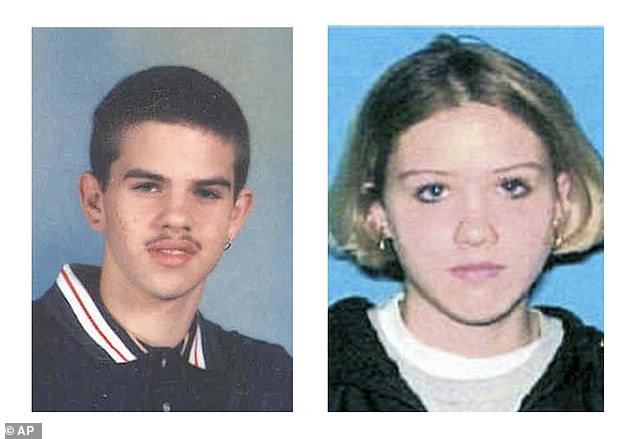 Pictured: Jeremy Bechtel, 17, and Erin Foster, 18, at the time of their disappearance

A team of forensic investigators was collecting evidence from the 1998 Pontiac as of Wednesday, KTFV reported.

While the remains have yet to be positively identified as of Saturday, they have been sent for genetic DNA testing alongside dental record comparisons.

Both families have since been notified.

‘It was like losing him all over again,’ Jeremy’s father, Ron Bechtel, 57 said in an interview with the New York Times on Thursday.

‘We kind of had just had a thin bit of hope that he was still alive.’

Sides said that the story has haunted local residents for years.

‘It was a very small town, two teenagers go missing and no one knows where they went. Everybody knew these kids, they went to school with them, you know,’ Sides told WTVF.

‘Half the police officers went to school with these guys, they were friends with them. It was a very great feeling to bring so much closure and answers to so many people at once. It meant a lot to me and I know it meant a lot to all of them too.’

Police have continued to search and follow dozens of different leads over the years. 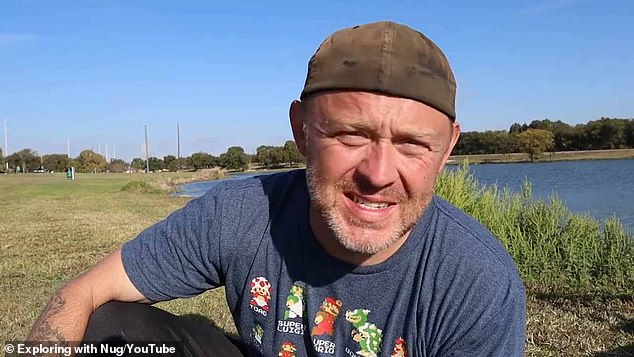 Jeremy Beau Sides, pictured, runs a YouTube channel where he and his team search bodies of water for missing cars and items related to cold cases 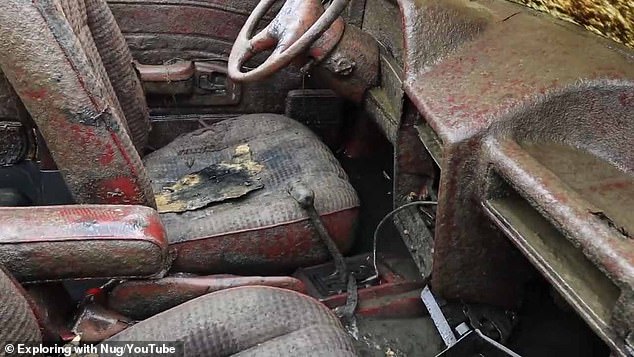 Pictured: the interior of Foster’s 1998 Pontiac Grand Am, which had unidentified human remains 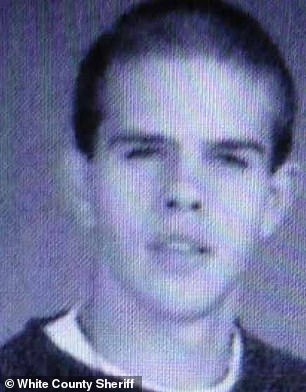 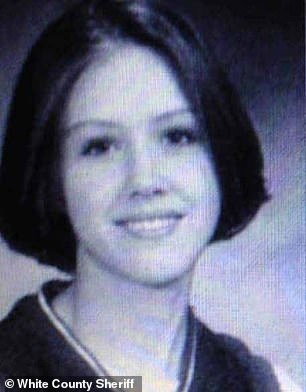 The two teens, pictured, went missing in the small Tennessee town of Sparta back in 2000

‘Every so often a case will pop up where somebody just vanishes off the planet and they disappear in their car. That’s an immediate red flag that chances are, they went into a body of water somewhere,’ Sides explained.

White County Sheriff Steve Page said in a Facebook statement that he told Sides he might be looking in the wrong area after a member of Foster’s family requested the sheriff watch one of Sides’ videos on his search for the missing teens.

‘The man changed his location to Hwy 84, Calfkiller River on 11/30/2021 where he later discovered a vehicle and called Sheriff Page,’ the department wrote in the statement posted to Facebook.

‘Sheriff Page contacted [Sparta Police] Major John Meadows and his team arrived on the scene within minutes to investigate which led to the confirmed [plate] match of the vehicle.’

Meadows is the lead investigator of the case and was among the teens’ classmates in high school. 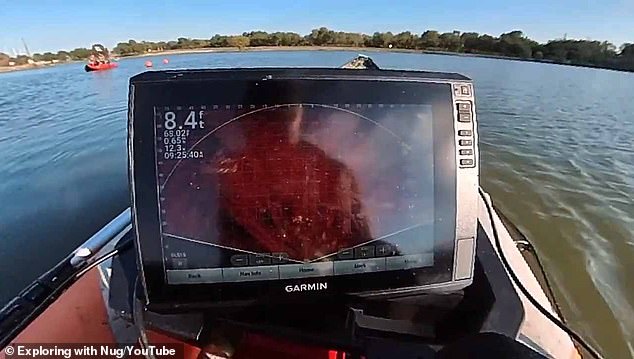 Sides said he and his team searched the river and found the car using side scan sonar, pictured, before sending in scuba divers to pull it out of the water 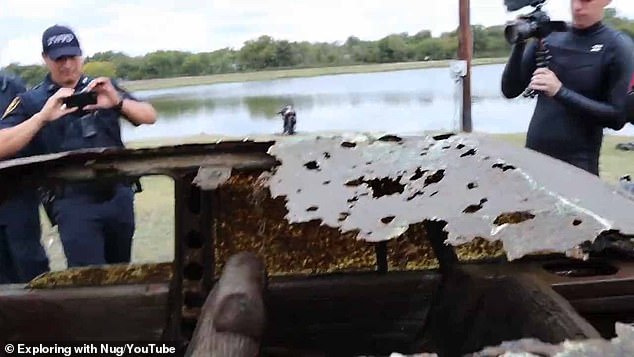 The vehicle, which is believed to have been submerged in water for 21 years, was mostly still intact but it did have some rust damage, pictured above

An investigation into the teens’ disappearance remains ongoing, according to local authorities.

Sides, YouTube channel, which currently has over 138,000 subscribers, says he dives in ‘rivers and lakes recovering lost or stolen property, clean up the waterways, and help bring closures to families in need.’

In October, Sides teamed up with another YouTube group, Adventures With Purpose, and found a body in a submerged vehicle in Texas, the Times reported.

And early in November, Sides also discovered a car associated with a missing woman who hadn’t been since 2005 about an hour away from Sparta in Oakridge.

That same month, a different YouTube group called Chaos Divers is believed to have found a car belonging to an Ohio couple who had been missing for nearly four years.