This is the shocking moment a ‘schoolboy’ was mugged by two youths who stole his scooter and Apple AirPods in east London.

Footage captured on CCTV and shared on Saturday, September 25, shows the moment two suspected thieves appear to knock the boy to the ground as he scoots along a residential street believed to be in East Ham.

In the video, which has racked up 18,500 views so far on Twitter, the two men are seen approaching the victim from behind – with one on a scooter and the other running on foot. 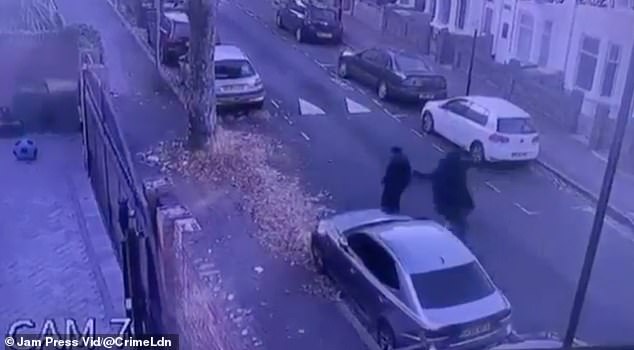 This is the shocking moment, caught on CCTV, when a ‘schoolboy’ was mugged by two youths who stole his scooter and £160 Apple AirPods on a a residential street in east London

When they reach the boy, they grab his coat and drag him to the ground onto his back, before searching his body.

The pair are then seen attempting to take something from the schoolboy as he struggles on the ground, believed to be his Apple AirPods, a pair of earphones worth around £160 when new.

After taking the victim’s scooter, the attackers can be seen scooting back in the direction they came from as the boy sits upright on the pavement.

The video was shared to Twitter, where it has left social media users angry. 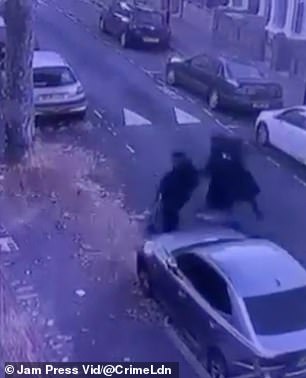 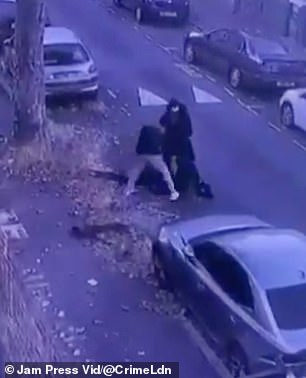 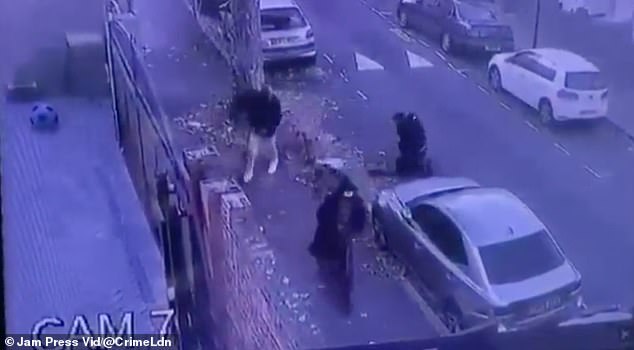 The mugging is believed to have taken place on a residential street in East Ham and the video was shared to Twitter on Saturday, September 25

One woman wrote: ‘This is exactly why my son doesn’t have the top of the range mobile ect. If he lived in London he wouldn’t have designer clothes.’

Another user added: ‘Prey on the weak, nature of the beast.’

‘A kiddy scooter and something that’s been stuck in someone’s ears? Scummy tramps’, someone else wrote.

The Metropolitan Police were contacted for comment but were unable to provide more details and noted that the incident may not have been reported to police.