Woman, 21, feared she would lose her unborn baby when she was battered over the head with a stiletto-shaped perfume bottle by her ex-boyfriend’s partner

A woman battered over the head with a stiletto-shaped perfume bottle by a love rival has spoken for the first time about the attack – and revealed how she feared it could see her lose her first baby.

Amelia Duckworth, 21, who was six weeks pregnant, was left bloodied and dazed after being assaulted with the distinctive Carolina Herrera glass perfume bottle wielded by Jessica Baker, who had been dating her ex-boyfriend.

Ms Duckworth, who has since safely given birth to a daughter, Bodhi, said: ‘Jessica was completely crazed and it was terrifying when she started battering me – I honestly thought she might kill me. And later I feared the attack might see me lose my baby.’

This Wednesday, Baker pleaded guilty to one count of actual bodily harm and another for possession of an offensive weapon at Bournemouth Crown Court where she was given a suspended sentence.

Speaking exclusively to MailOnline, Ms Duckworth said she only found out she was pregnant in the immediate aftermath of the attack – and then spent weeks fearing she would suffer a miscarriage. 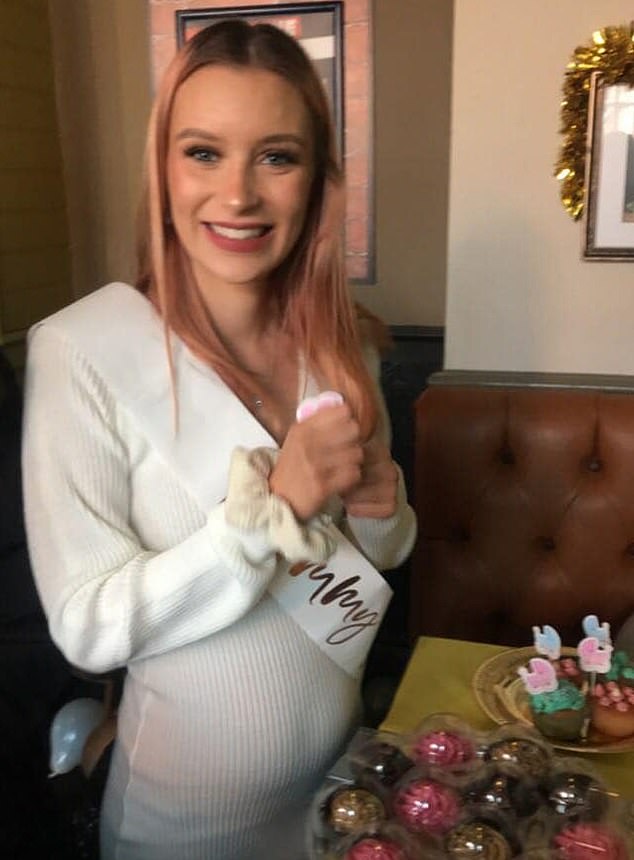 Amelia Duckworth (pictured) said she spent weeks worrying that she would suffer a miscarriage after being assaulted by Jessica Baker, her ex-boyfriend’s new partner 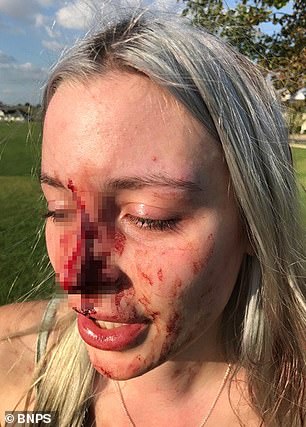 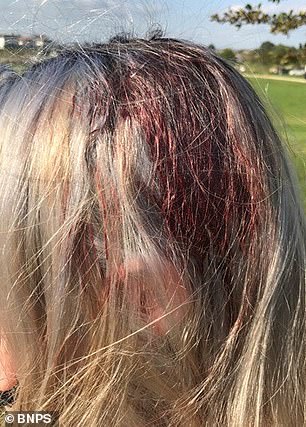 She said: ‘I had an emergency scan because I was worried about what damage I’d done to the baby when I fell to the floor after being struck with the bottle.

‘I feared that I had potentially miscarried as a result of the fall but thankfully there were no problems with the pregnancy.

‘However, I had a horrible concussion right the way through it, which made it all the harder to cope with.’ 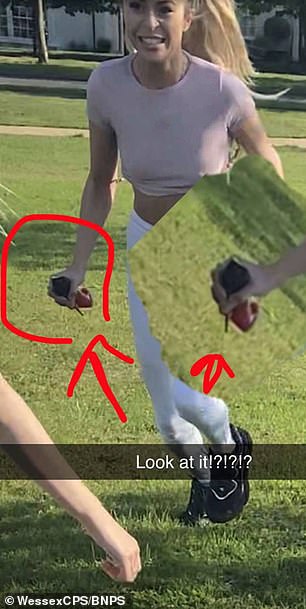 Ms Duckworth, who was living in Christchurch in Dorset at the time, was visiting her cousin in nearby Poundbury, a village on the outskirts of Dorchester developed by King Charles and the Duchy of Cornwall.

She had been on the village green on August 24, 2021 when she was confronted by Baker, who told her ‘I’m going to do you in’.

Baker, 20, then produced the perfume bottle and struck her twice across the head and slashed her face.

Ms Duckworth was left covered in blood and was taken to hospital where she received stitches for a gash between her eyes and her scalp was glued.

Recalling the moment Baker lunged at her with the bottle, she said: ‘I saw Jessica come storming over to where I was sitting with my new boyfriend, cousin and friend.

‘I could sense she was up to something by her aggressive demeanour, so I asked my boyfriend to record her on his mobile phone.

‘I stood up to meet her and as soon as she got near me, she pulled the bottle from behind her back and hit me twice over the back of the head with the perfume bottle.

‘The second blow knocked me off my feet and I was sent sprawling to the floor. I got up but she quickly hit me across the face with the bottle.

‘She shouted “try and fight me again” and then ran off to where she’d parked her car. It was over in a matter of seconds.

‘As soon as she hit me the first time, my boyfriend rushed over but he was unable to stop her from hitting me again.

‘He stemmed the bleeding from my head with his jumper as my cousin and friend ran after Jessica and tried to get a picture of her car registration plate.

‘They then called the police and an ambulance.

‘As I was being treated by the paramedics, my phone was ringing constantly, and I had a load of missed calls. 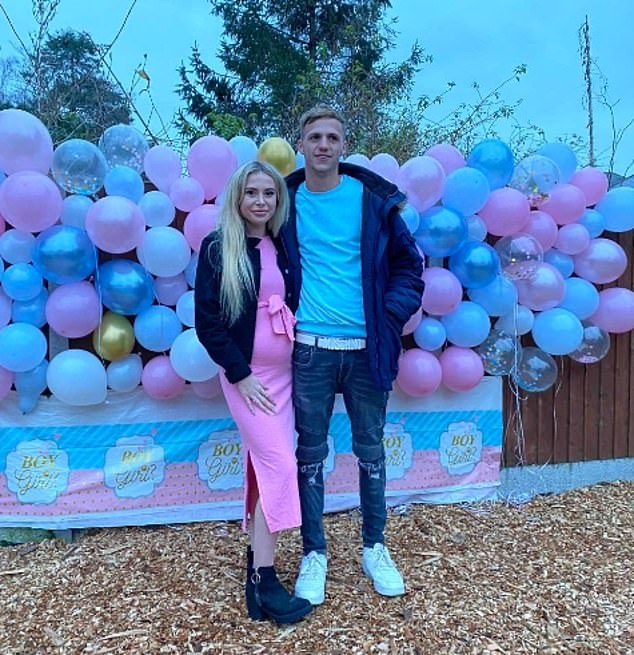 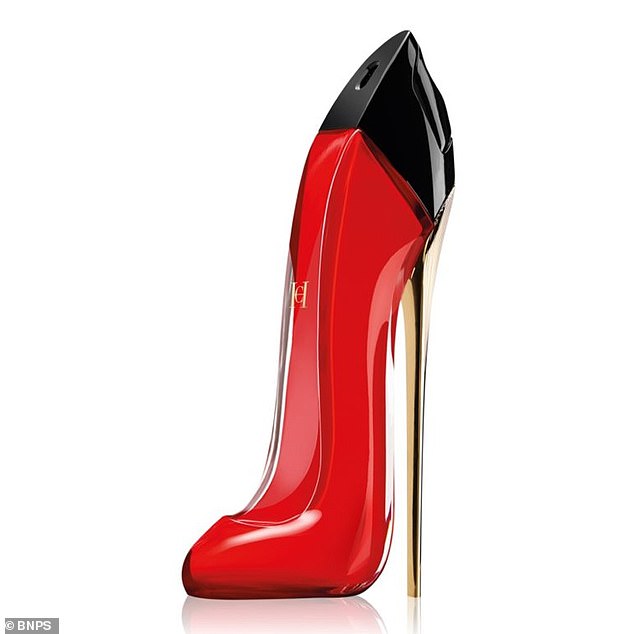 ‘I answered one of the calls and it was Jessica. I think she was trying to see how I was, but I instantly hung up on her.’

Ms Duckworth said trouble began when her ex-boyfriend, Dan McCarron, took umbrage to comments she made about him on social media.

They had been living together during lockdown in 2020 but argued a lot and eventually broke up.

Mr McCarron then began dating Baker – and she began to get angry about the remarks Amelia made about her time with Dan.

Ms Duckworth told how Baker contacted her first via Instagram and left abusive messages but the threats worsened.

She said: ‘Why it bothered her so much, I’ve no idea, but she started leaving messages on my Instagram posts.

‘I thought it would stop eventually but she just got worse, telling me that she was going to come for me in my flat and at work. 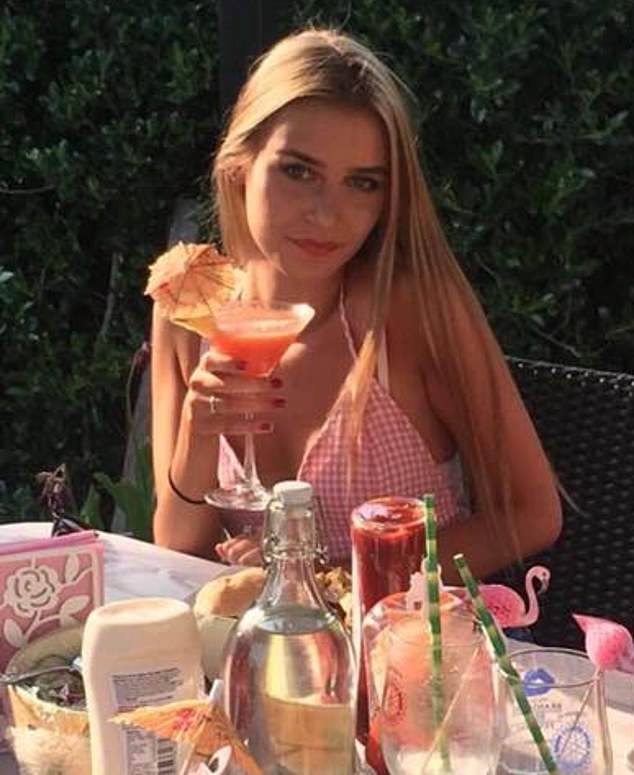 Ms Duckworth has since given birth to a daughter, Bodhi, and credited her with helping her through the aftermath of the assault and the ensuing court case 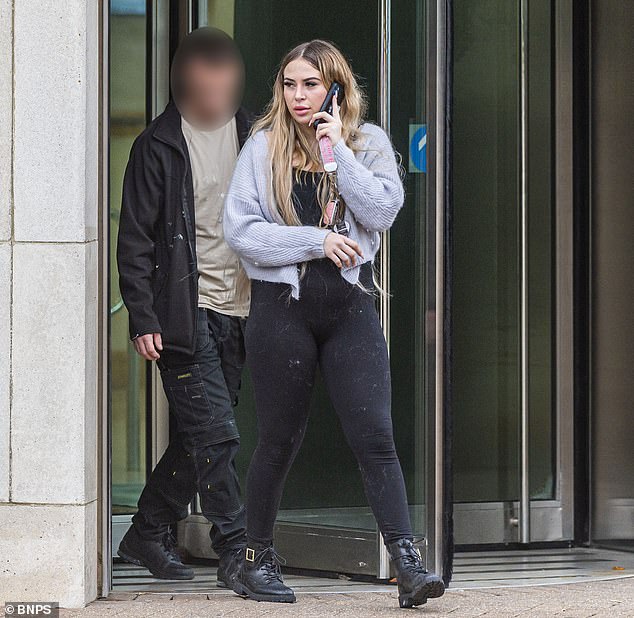 This Wednesday, Baker (pictured outside court) pleaded guilty to one count of actual bodily harm and another for possession of an offensive weapon at Bournemouth Crown Court where she was given a suspended sentence

‘She got hold of my friend’s phone number and told her that she was going to put me in hospital.

‘This went on for months. Then, a day before the attack in the park, she somehow got my new phone number and called me.

‘She was just screaming down the phone at me, I couldn’t get a word in, and she was saying stuff like she was going to put “diarrhoea in my mouth and all over my birth father’s grave”. It was nasty, sick twisted stuff like that.

‘I’d had enough of it by then so I told her that if she wanted to talk to me face to face I’d be in Poundbury the next day and so she should show up there.

‘She’d always made empty threats beforehand and I didn’t expect her to actually show but she did- and she obviously wasn’t there to talk.’ 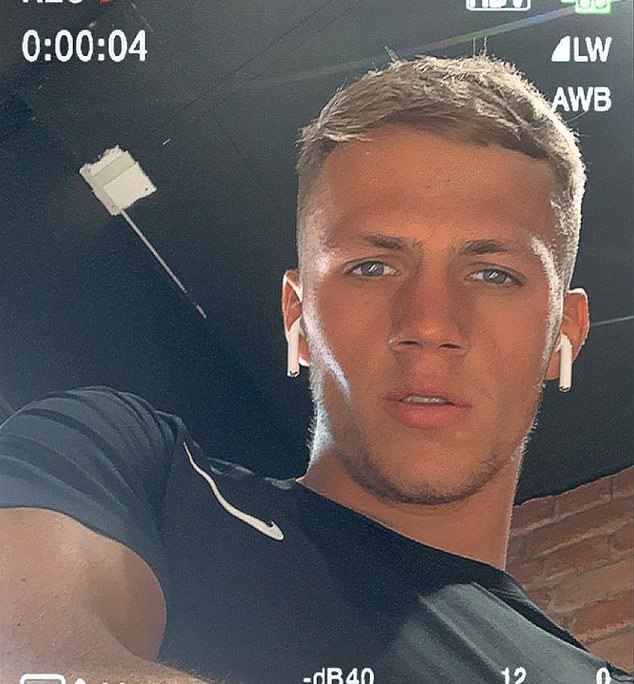 Ms Duckworth said trouble began when her ex-boyfriend, Dan McCarron (pictured), took umbrage to comments she made about him on social media 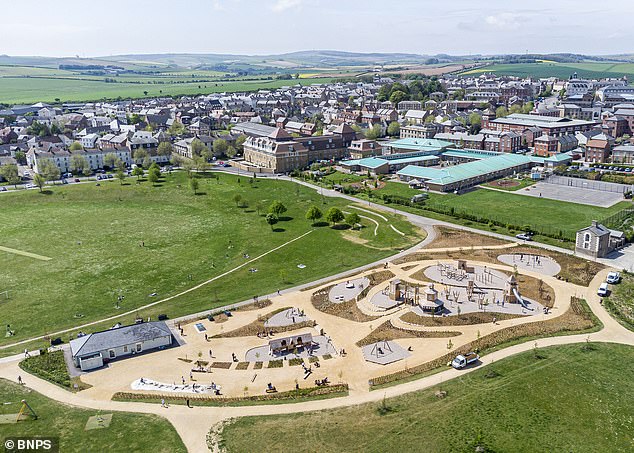 Ms Duckworth said she did not attend court because she did not want to see her attacker or her old flame.

She was sentenced to 12 months’ imprisonment, suspended for two years on condition of a two-month curfew between 9pm and 7am.

She said she believes the judge was lenient on Baker because she too has now become a mother.

Ms Duckworth has credited her own baby daughter, Bodhi, whom she has had with her new boyfriend, of helping her through the aftermath of the assault and the ensuing court case.

The beauty spa therapist added: ‘She’s really calmed me down through all this, taken my mind off what has been going on.

‘I don’t ever want to see Jessica or Dan again. They’ve got their life together and I have mine.

‘We are both mothers now, I just want to look after Bodhi and give her the best possible life.’