THIS is the wild moment skiers were doused with a huge plume of freezing water while dangling on a chair lift at Beech Mountain.

The shocking incident took place at Beech Mountain Ski Resort in North Carolina on January 7, 2022, when a water line ruptured. 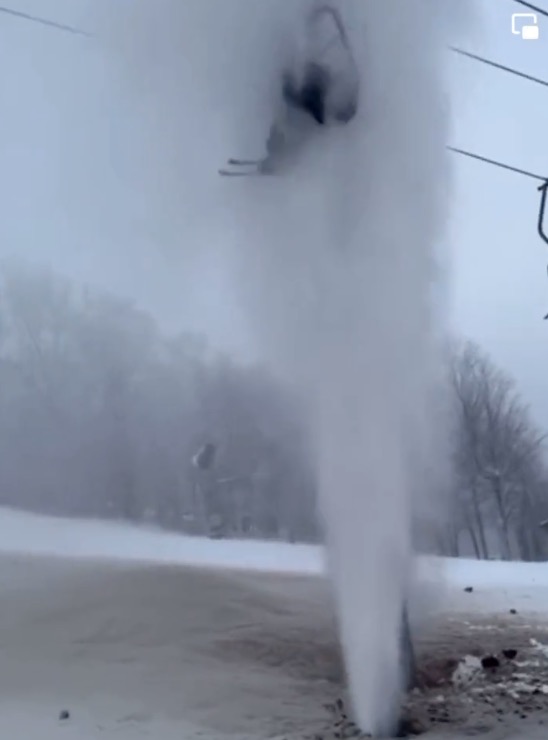 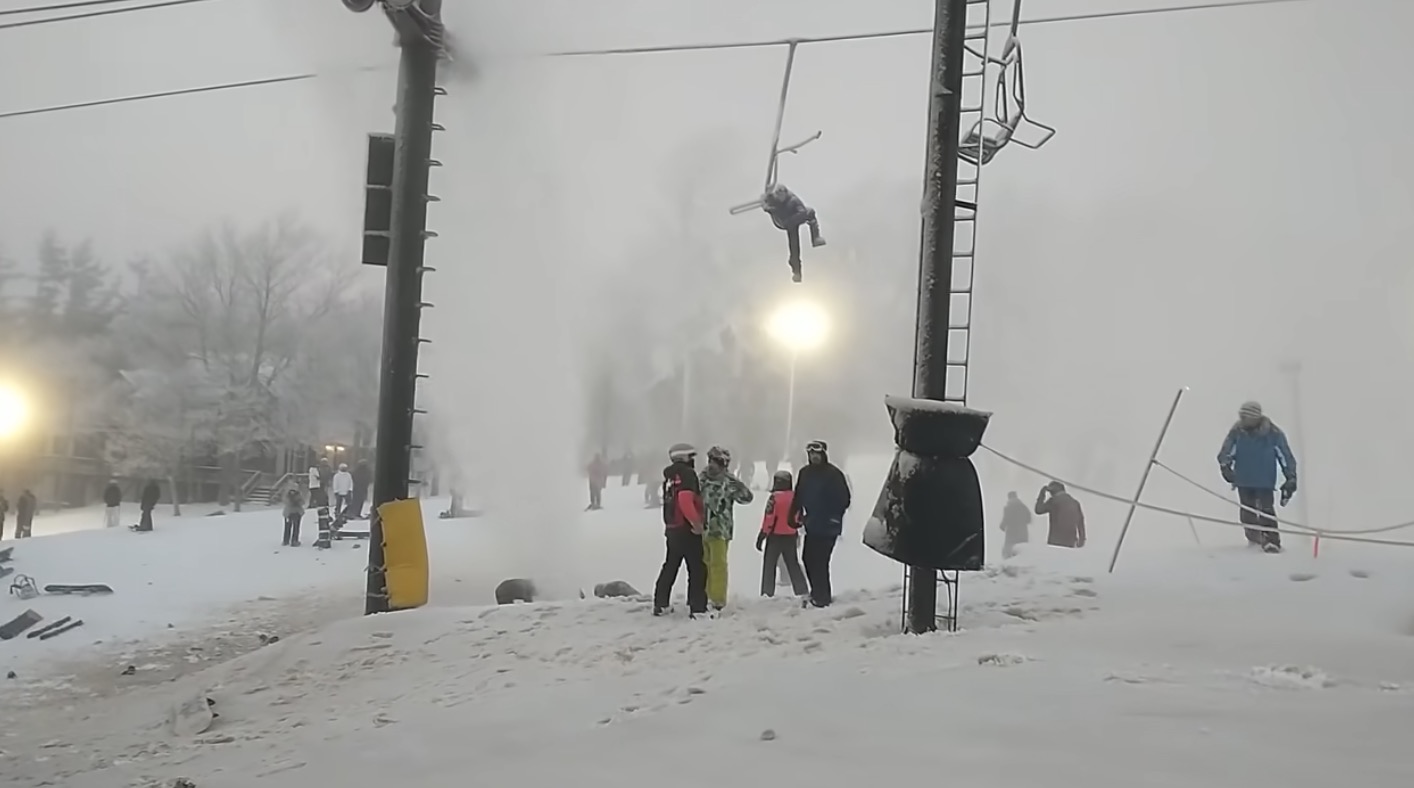 At around 5.30pm on Friday, a pipe burst under an operating chairlift — prompting chaos as mountaingoers were soaked with what seemed like an endless amount of water.

Beech Mountain Resort management publically stated that the mishap occurred when a guest, who did not sustain any injuries, skied into a water and air hydrant as snowmaking operations were underway.

Due to the location of the hydrant, a handful of riders on the chairlift were soaked with water.

Beech Mountain Resort management released the following statement after the incident: "Our operations and safety team worked diligently to unload the lift and drain the system safely.

"We believe everyone is okay outside of the unfortunate situation, and operations are on a regular schedule," the statement concluded.

One video clip, which was shared on Twitter and has obtained more than 266,000 views, shows skiers and snowboarders standing at the frightening scene.

As people look on, a skier is seen getting hit with seemingly icy water shooting up from the hydrant for at least 20 seconds.

One person is heard in the background saying: "I'm trying to call 911," but the skier continues to dangle at the top of what looks like a geyser's eruption.

"Tough time for the people at Beech Mountain today," the Twitter user wrote alongside the footage.

Meanwhile, a 13-minute and 46-second video was shared on YouTube and shows more of the chaos around the burst pipe.

Skis and snowboards were scattered across the ski slope, people were standing in groups, ski patrol was on the scene in the distance, and the chairlift continued to run despite the madness down below.

In response to the footage, one YouTuber commented: "Poor people!

"Would help if the lift operator didn’t stop them directly over the water line break."

Another said: "Yikes… That guy that was stuck in the fountain for several minutes is probably turbo-dead.

"You can see his clothes and the chair starting to turn white as all the water on him starts to freeze (especially at 7:28).

"Reportedly he was left dangling for around 15 minutes after he was out of the water, and his clothes were frozen to the chair."

"Several people went through the water. You could see parts of the lift. It was blowing the seat off; the wood seat was coming actually off. It was bad."

Despite the commentary across social media and viewers' widespread concern for the person getting hit by gushing water on the chairlift, resort management said the guest was not injured.

In response to comments made to the resort's Facebook page, Beech Mountain resort said: "We are dealing directly with all parties involved.

"This is an incredibly unfortunate situation and we have and will continue to address the situation."

The resort wrote in its Facebook comments on Saturday: "No one was ever instructed to jump from the chairlift. As soon as we became aware of the problem, we took action as quickly as possible to shut off the water and assist the remaining skiers in disembarking at the top of the lift.

"This was a very difficult situation for both our guests and our staff. We very much regret that the incident occurred and we again offer our apologies to the guests that were adversely affected.

"We care greatly for the safety of our patrons and will continue to communicate with all parties involved. We have been truthful and forthcoming in all public statements. Thank you for showing concern." 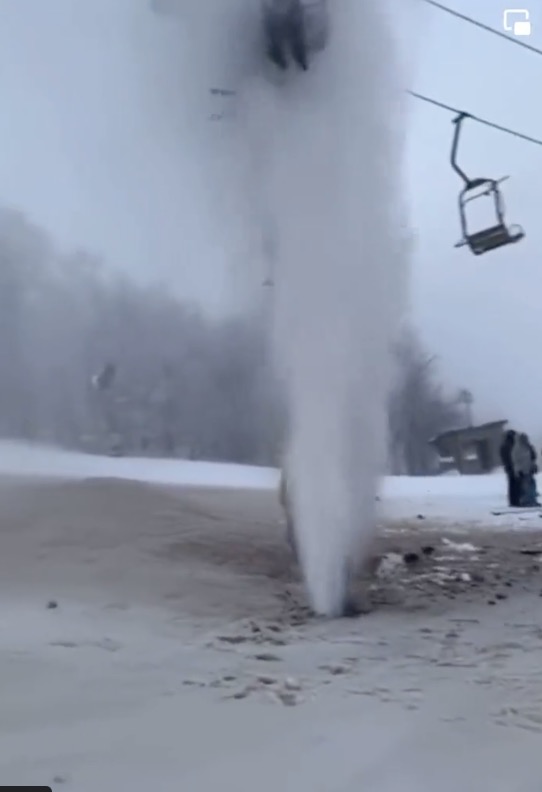 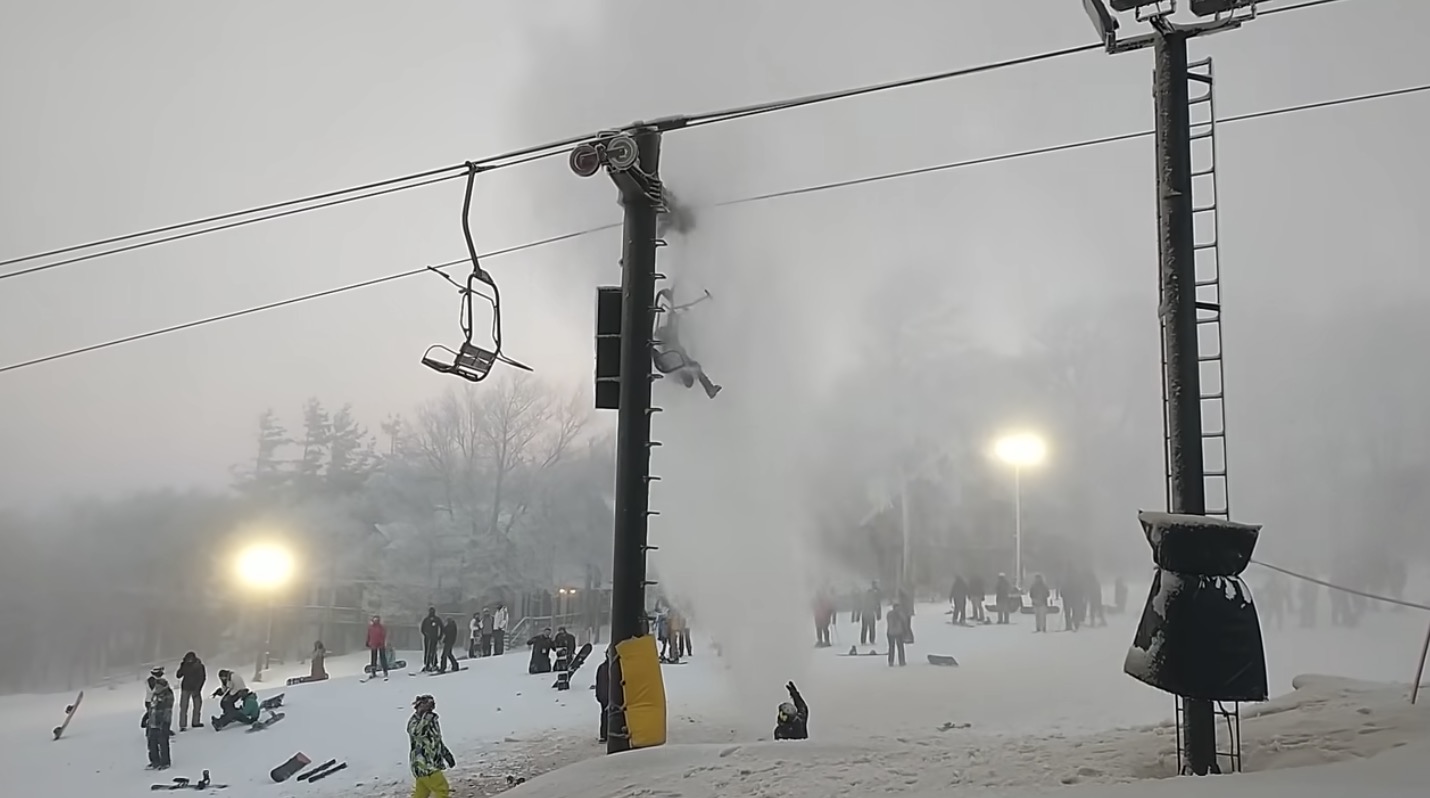 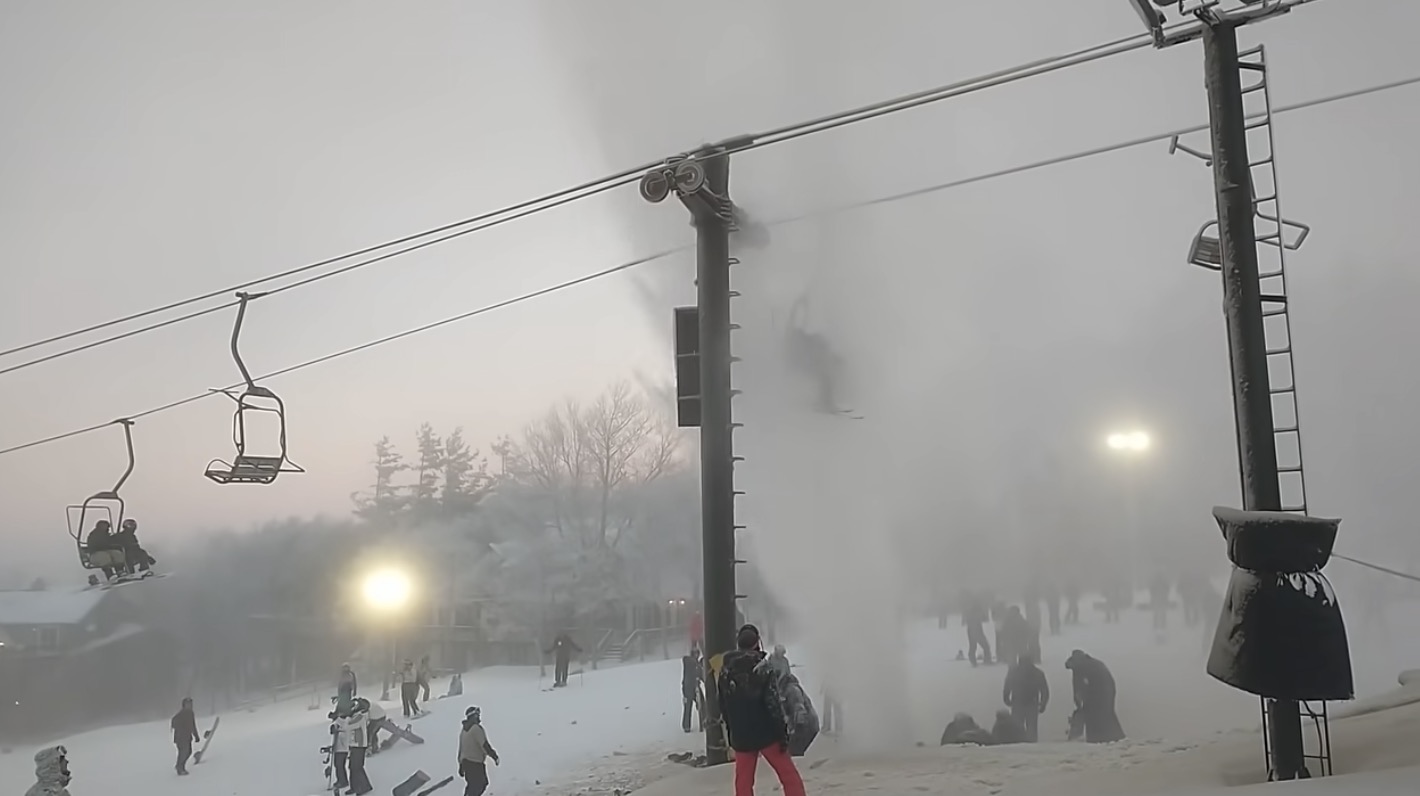