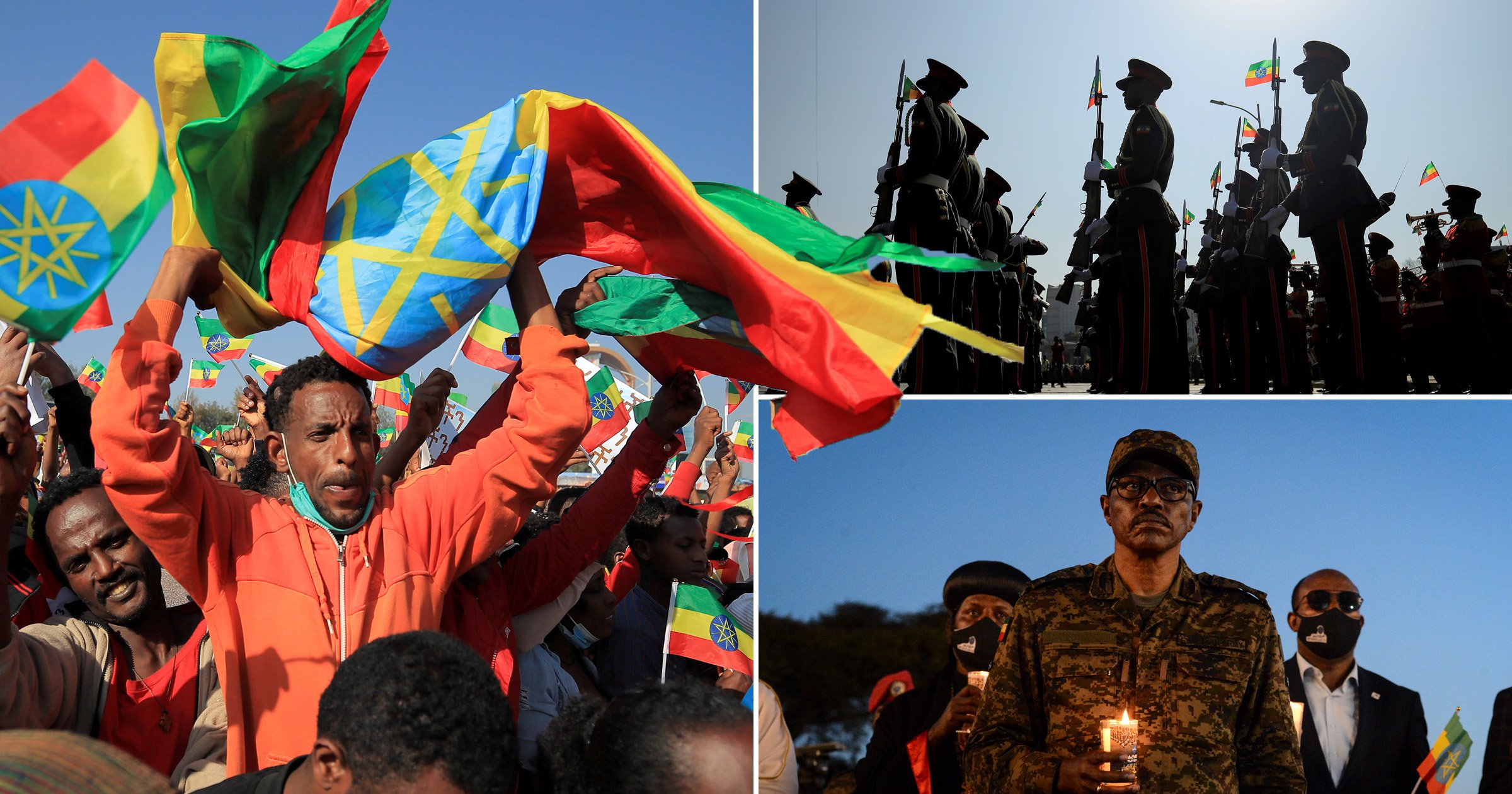 Over the last year, hundreds of thousands of people in Ethiopia have died and more than two million people have lost their homes.

Because of the last year, there are currently more than 100,000 children at risk of starving to death. In total, more than 5.2 million people need emergency help.

These figures, published by the Council of Foreign Relations, are the result of a conflict which has seen reports of civilians being murdered by government soldiers, ‘ethnic cleaning campaigns’, sexual violence and famine all over the country.

Ethiopia has long been a country representing stability in the middle of the most violent and conflict-ridden region in the world – the horn of Africa.

But now the nation is in an official state of emergency, with Prime Minister Abiy Ahmed telling his own citizens to ‘take up arms’.

So, how did the conflict start and what is it about?

In short, a party representing a minority ethnic group, the Tigray people, is trying to win back the country they have ruled for decades but lost after people outed them for various abuses.

But here are some more detailed answers.

Background on Ethiopia before the war:

Ethiopia is home to more than 90 ethnic groups. One of these groups, the Tigray people, have ruled the country for the last three decades despite only making up about 7% of the population.

This is because a Tigray party, the Tigray People’s Liberation Front (TPLF), liberated Ethiopia from a Marxist militant government in 1991.

During the TPLF’s rule, Ethiopia enjoyed economic growth and was even able to fight radical Islamist terrorists in Somalia in 2006 – with the US’s backing.

But the country was not a democracy – the TPLF oppressed political opponents, free speech and torture was commonplace in government detention centres.

People started to rise up against the government in 2016 and Mr Abiy won his election in 2018 based on promises of democracy and liberalisation.

How the Tigray conflict started:

Mr Abiy purged his government of TPLF ministers and charged many of them with corruption and human rights violations.

He created a new colation party in 2019, which the TPLF refused to join and the TPLF was left to govern the Tigray region in the northern part of Ethiopia.

The Government stripped the TPLF of its status as a legal party last January and by May, the group was classed as a terrorist organisation.

Things escalated when the TPLF attacked a Government military base last November.

The party said the assault was a response to Government troops landing in a nearby region to prepare for their own attack and Mr Abiy did in fact declare a military offensive that same day.

Thus began the fighting between the TPLF and Government troops – who have now been accused of attacking and killing civilians.

Mr Abiy was awarded the Nobel Peace Prize in 2019 for brokering peace with Eritrea – a country locked in a territory dispute with Ethiopia for two decades.

But, in an extremely rare move, the peace prize committee later stripped Mr Abiy of this award because it came to light he had worked things out with Eritrea just so they would provide troops to fight the Tygarians.

Indeed, Eritrea did join Ethiopia’s Government troops, along with militants from the Amhara ethnic group.

Where is the conflict at now?

Despite this manpower, the Government has suffered several major defeats – most recently in June when its soldiers were forced to withdraw from Tigray.

The TPLF, now joined by the Oromo Liberation Army (OLA) are making their way down a major highway towards the capital Addis Ababa.

Besides the war between official sides, the conflict has aggravated ethnic tensions and people are clashing with those they consider outsiders for land, resources and power, in what some have dubbed massacres.

Women all over the country are suffering brutal sexual violence, with one young mum getting raped and beaten by soldiers for 11 days.

The disruption of the war has left regions living in ‘famine-like conditions’, with some families reportedly trying to survive on diets of roots and leaves.

International aid is unable to get to people in need, often in the Tigray region. The Ethiopian government claims the food crises was caused by a locust infestation last year and argues the country struggled with food supplies before the war.

But the TPLF and United Nations (UN) officials say the Government was intentionally blockading the region.

Indeed, the TPLF victory in expelling Government troops from Tigray in June opened up the region to international aid and allowed farmers to plant crops again.

But the Government has reportedly detained 16 UN workers and has given ‘no explanation. Some seven senior UN officials were expelled in September for ‘meddling’ in Ethiopian affairs.

The UN has said it is ‘actively working’ with the Government to get those people released.

The UK and the US have advised nationals in Ethiopia to leave the country while several nations and institutions, including the African Union, are still trying to mediate the situation.

Public sector banks accounted for 77.4 per cent of the total amount outstanding at Rs 5.3 trillion as of June. The Indian banking system's latest...