What is Liz Truss’s energy rescue plan, how much will it cost, and how will it be paid for? All your vital questions answered

What is Liz Truss planning?

Britain’s new Prime Minister will announce a freeze on average energy bills of around £2,500. The freeze is more than £1,000 below the latest energy cap of £3,549, which is due to come into effect in October. Households will also still get a £400 rebate, a policy announced in the summer. Chancellor Kwasi Kwarteng has said the support package is likely to be needed ‘this winter and the next’, suggesting it will last at least 18 months.

How will it work?

Ministers will sign legal contracts with the energy suppliers requiring the firms to supply domestic customers with fuel at a fixed price. The taxpayer will then make up the difference between the fixed price and the market level.

Will businesses get support?

Yes. The PM yesterday committed to helping businesses facing soaring bills, saying firms will get help with the ‘immediate price crisis’ this winter. Ministers have been examining proposals to fix the unit cost of energy sold to businesses. But sources said the situation is ‘complex’ and that the full package may not be finalised until next week.

How much will it cost?

Estimates of the total cost vary wildly and will depend on the wholesale price of energy. A Whitehall source said £100billion would be at the ‘top end’ of expectations, but ministers admit privately it could cost £150billion or even more if gas prices continue to soar. 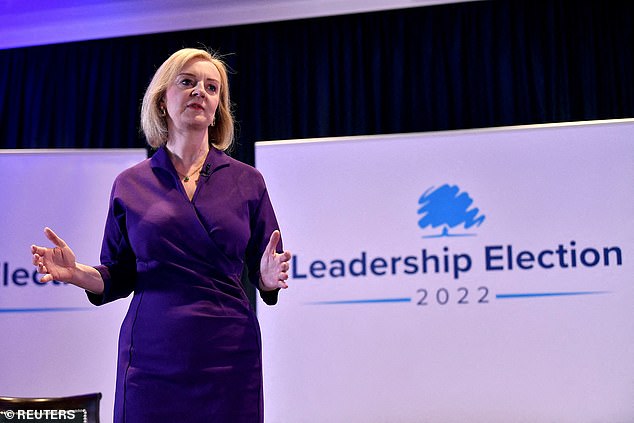 How will it be paid for?

The huge cost is set to be paid for out of general taxation. Miss Truss yesterday ruled out extending the new windfall tax on energy firms, saying it could hit investment in future supplies.

Will it reduce the risk of blackouts?

No. Experts have warned that the plan could increase the chances of power shortages this winter as consumers will have less incentive to cut consumption. With other European countries also considering price freezes and Russia threatening to further cut supplies, there are growing fears of potential blackouts if still weather conditions mean wind turbines cannot operate.

What is the long-term strategy?

The Prime Minister will also unveil plans to ‘radically’ increase the UK’s domestic energy supplies in a bid to make Britain less reliant on global markets. This will include a dash for gas and oil in the North Sea and a renewed drive to build more nuclear power stations. Miss Truss is also expected to lift the ban on fracking, potentially opening up huge new reserves of gas if communities can be persuaded to accept the controversial technology.

Will fracking be forced on local communities?

Fracking has been controversial and was halted in 2019 because of concerns about earth tremors. But the industry insists it is safe, and a recent technical study for ministers – which has yet to be published – is said to have opened the door to its resumption as long as environmental protections are put in place. Miss Truss and new Business Secretary Jacob Rees-Mogg are open to industry demands to relax tight planning restrictions on the technique. And fracking firms are planning to offer local people discounts of up to 25 per cent off energy bills in communities where shale gas is extracted.