Model leader: Final touches are added to Winston Churchill’s waxwork ahead of exhibition on ‘the greatest Briton’ at his birthplace Blenheim Palace

A remarkably realistic waxwork model of Winston Churchill is set to star in a new Blenheim Palace exhibition that hails the influence of the former Prime Minister.

The life-size model of Britain’s wartime Prime Minister will wow visitors at the £1.9million ‘Greatest Briton’ exhibition that opens at Blenheim Palace in Oxfordshire next Monday.

Designers even contacted the beloved wartime Prime Minister’s original tailor for measurements on a suitable hat, glasses and shoes to provide bespoke authentic clothing and accessories. 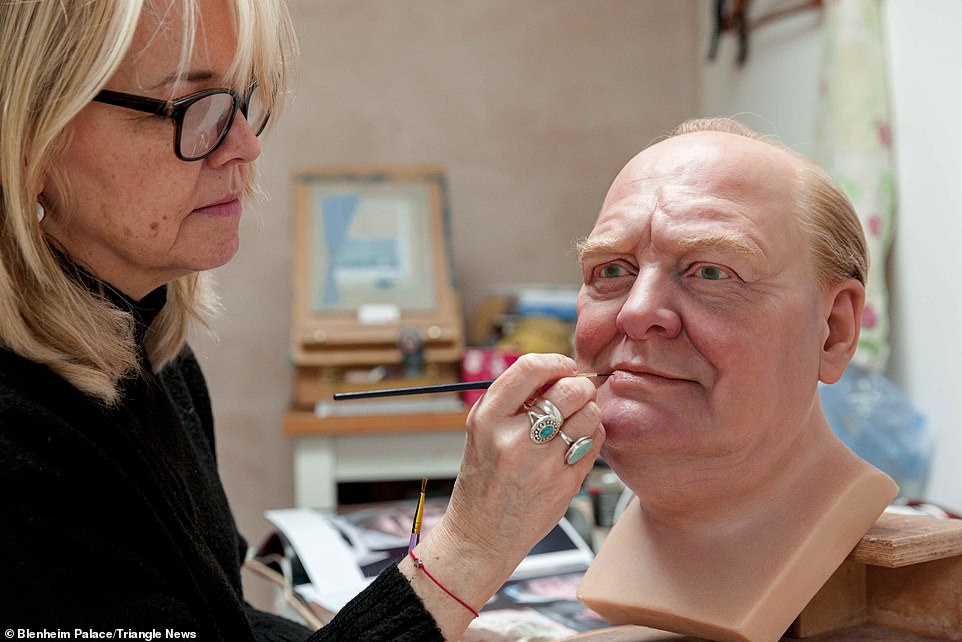 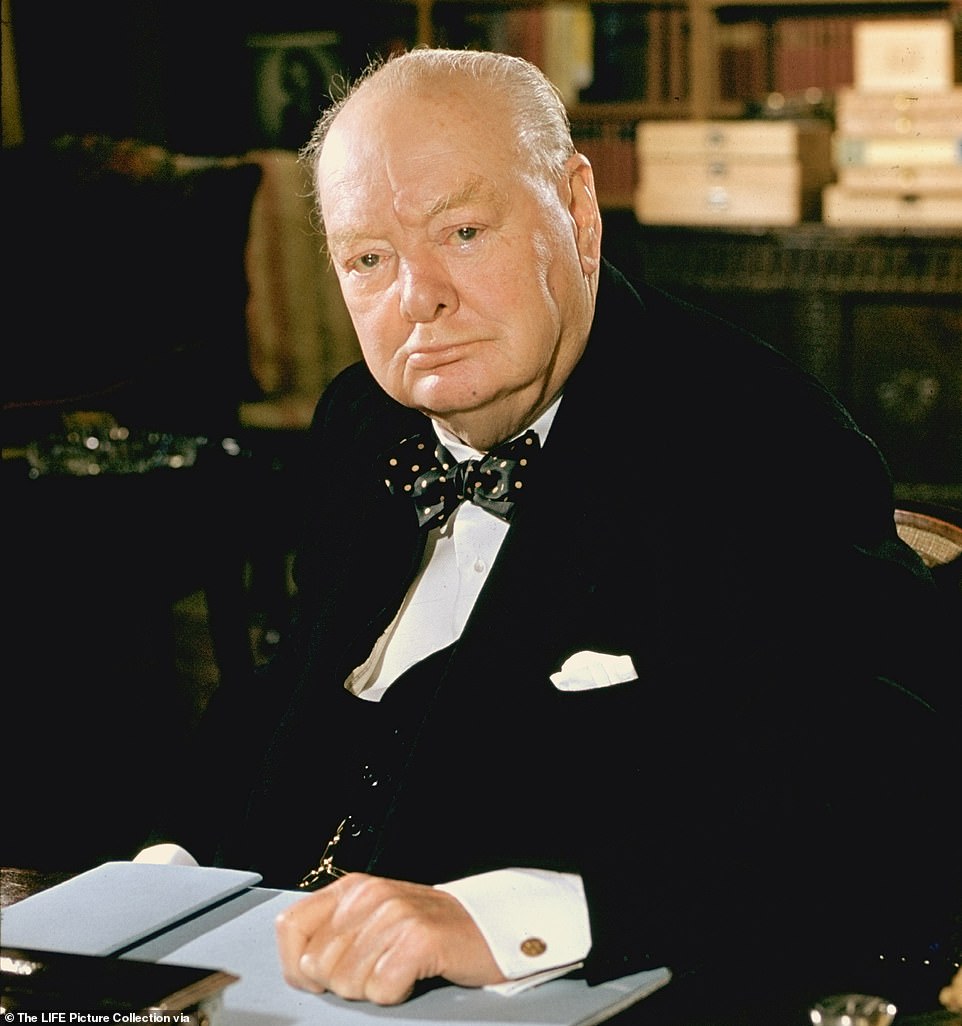 The Churchill waxwork will be featured as part of an exhibition at Blenheim Palace country mansion in Woodstock, Oxon, where the former PM was born in 1874.

Artist Sue Day can be seen adding the final touches to the waxwork, built up from a bust created by internationally renowned sculptor Jethro Crabb.

Mr Crabb’s bust was Initially carved out of clay, which was covered in silicone to make a mould, then filled with a special formula of wax.

Alongside the new life-like figure of Churchill, what else can you find at Blenheim’s ‘Greatest Briton’ exhibition?

The new exhibition, opening May 17, will feature historic artefacts, photographs, speeches and letters from Churchill’s time as Prime Minister.

Visit the grand state rooms where Churchill was born after his mother, Jennie Jerome, went into premature labour.

Or, wander through the Memorial Garden and discover the spot where Sir Winston Churchill proposed to Clementine.

The final stage involved Sue painstakingly inserting individual hair follicles into the scalp and then carefully colour matching the face, before the life-size figure was assembled and clothed.

Those iconic years of his tenure have often been the source of inspiration for popular culture recreations such as Churchill, Darkest Hour and Into the Storm.

As well as being his birthplace, Blenheim is where Churchill proposed to his beloved wife, Clementine. The couple were wed in 1908.

It was reportedly one of his favourite places to relax, and its rich military history provided huge inspiration for Churchill’s own political career.

He returned to Blenheim often throughout his long life; attending parties, painting and spending time with his cousin and close friend ‘Sunny’, the 9th Duke of Marlborough.

The exhibition is one of a series of new features set to open at the Oxfordshire UNESCO World Heritage Site, as part of a £1.9million investment programme.

The ‘Greatest Briton’ feature will be located in an area of the Palace overlooking the Water Terraces used as an artist’s studio by the wartime leader.

Blenheim is also creating an immersive and interactive experience, in the Palace’s historic stable block to showcase the importance of its horses down through the centuries.

Home to the Dukes of Marlborough since 1705, Blenheim Palace and its 2,000 acres was designated a UNESCO World Heritage Site in 1987.

The Palace was financed by Queen Anne following the first Duke of Marlborough’s victory in the War of the Spanish Succession. 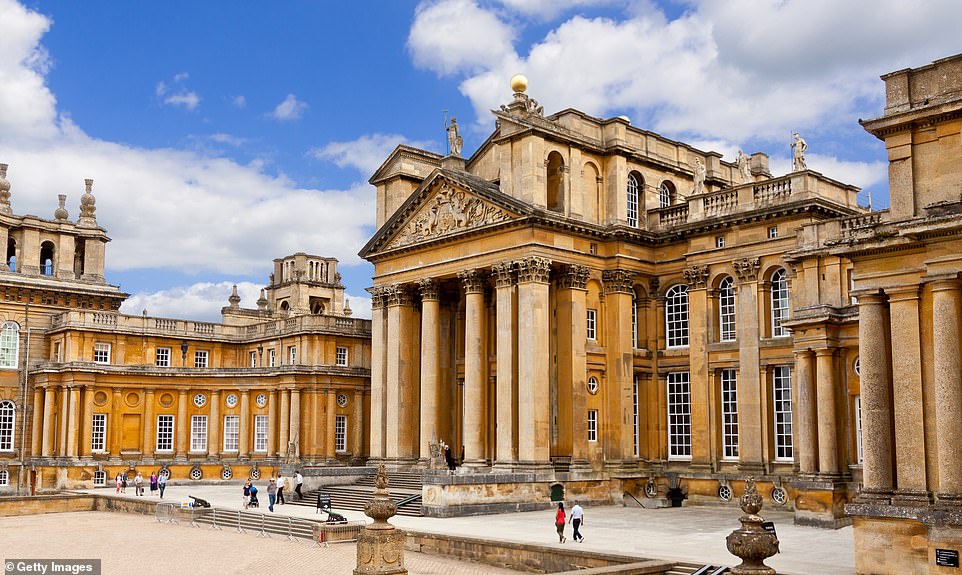 Blenheim Palace (pictured) was the birthplace of Churchill, and known to be one of his favourite places to visit. The former Prime Minister often painted or socialised with friends and family here