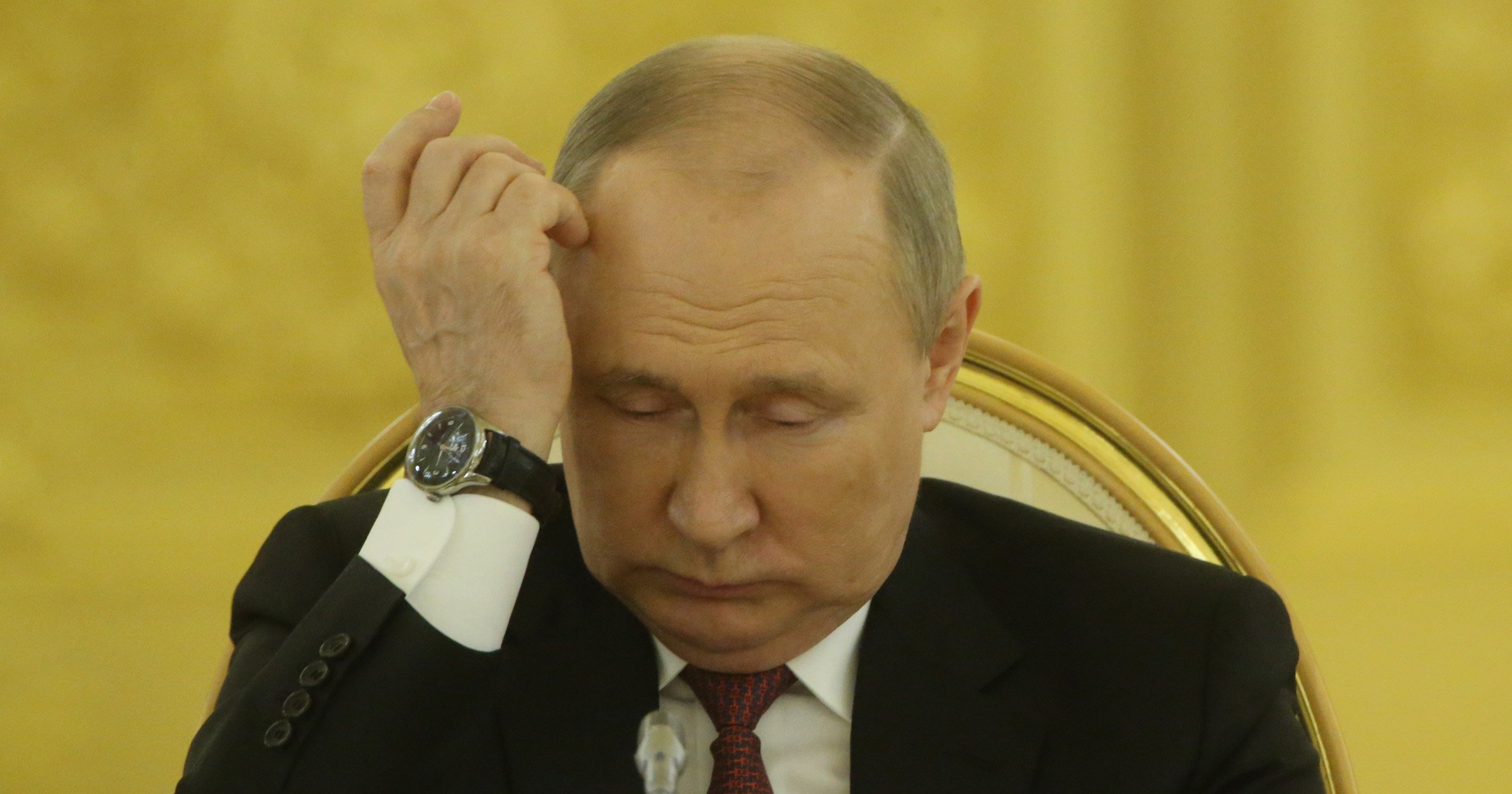 Vladimir Putin’s health has been deteriorating for the past five years, according to a new investigation.

Their findings show that he has vanished from the public eye for weeks at a time since 2017.

The Proekt investigation found that between five and 13 doctors accompanied Putin wherever he went in 2016 and 2017.

Among them was said to be an Ear Nose and Throat (ENT) doctor, an infectious disease specialist, a neurosurgeon and an oncologist, it deduced from doctors’ check-ins dates and Putin’s schedule.

The leader was absent from the public eye for around six days in November 2016, and only appeared in pre-recorded meetings, Proekt reported.

Some 12 specialist doctors happened to check into Sochi Hospital – near one of Putin’s homes – during this time, including neurosurgeons and a rehabilitation consultant.

He then disappeared in August 2017 and again in February 2018, the latter of which the Kremlin said he had ‘caught a cold’.

The 2017 retreat coincided with the start of top oncologist-surgeon Evgeny Selivanov’s  visits to Putin, with the two ultimately meeting 35 times in four years- with ENT specialists being the only other medics to see him more frequently.

The doctor’s thesis is entitled ‘Peculiarities of diagnostics and surgical treatment of elderly and senile patients with thyroid cancer’.

Putin, an avid hockey player, fell on the ice during a game in 2017 after which an orthopaedic traumatologist checked into a hospital near him home.

The president had an average of nine doctors accompanying him in 2019, Proekt reported.

The Covid pandemic then saw Putin impose strict quarantine measures on anyone who saw him, with visitors having to isolate for two weeks ahead of the meeting before being disinfected, according to the New York Times.

Proekt’s investigation followed comments from an MIG agent who oversaw the Russia desk who said the leader was ‘seriously ill’, and in need of frequent medical care.

Former spy Steele, who wrote a dossier on the alleged Russian interference in the 2016 US election, said he believed Putin’s illness was an ‘element’ of his war in Ukraine.

‘Certainly, from what we’re hearing from sources in Russia and elsewhere, is that Putin is quite seriously ill,’ he told Sky News.

‘It’s not exactly clear what this illness is – whether it’s incurable or terminal – but certainly I think it’s part of the equation.’