Messages from Fox News to the legislators were not immediately returned.

David Boling, spokesman for the U.S. Attorney’s Office of Middle Tennessee, told Fox News Friday's events were not related to the riots at the U.S. Capitol earlier this week. 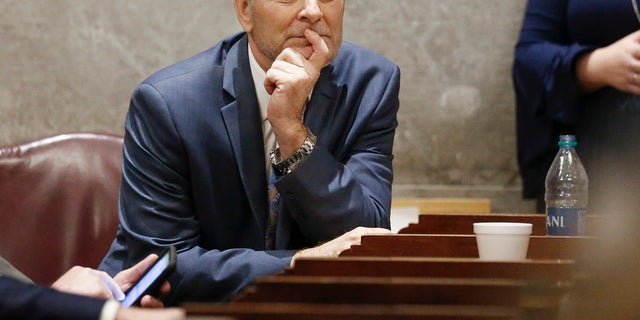 "This has been a trying week for our country, and this will be a difficult time for our state as well as we go down this road," Sexton said during a news conference. "Personally‚ these are our friends and colleagues of ours that we worked with for many years. It’s important to remember that this is just the start of the investigation and the process, and not the end. Today does not necessarily imply guilt."

Sexton said he was informed about the investigation since taking the top leadership seat in 2019 and that he was in "full cooperation" with authorities. He declined to provide details.

Gov. Bill Lee, a Republican, said he spoke with Sexton about the searches.

"It’s certainly very concerning. I know very little about that. There’s been no FBI outreach to us, but I have confidence that Speaker Sexton’s on top of the situation and we’ll learn more as this unfolds."

Casada resigned from the top leadership post in 2019 after revelations that he exchanged sexually explicit text messages about women with Cothren — his former chief of staff — years ago. Cothren was involved in controversy years ago when it was revealed he used cocaine at a legislative office and was accused of doctoring emails to frame a young Black activist.

He denied those claims.