Ukrainian refugee living in Britain is stunned after seeing picture of Russian tank carrying her new boiler, tablecloth and BED SHEETS after her home was looted

A Ukrainian refugee in Britain has spotted her looted new boiler perched on top of a Russian tank.

Alina Koreniuk, who was a police officer back home, said her husband showed her the photo posted online and asked: ‘Do you notice anything strange about this?’

Other items on the vehicle included their tablecloth, new Disney bedsheets and a red blanket.

The picture was taken close to their home in Popasna, Luhansk, a few days ago.

‘Our reaction was that whatever they hadn’t destroyed they would steal,’ she told the BBC. ‘ 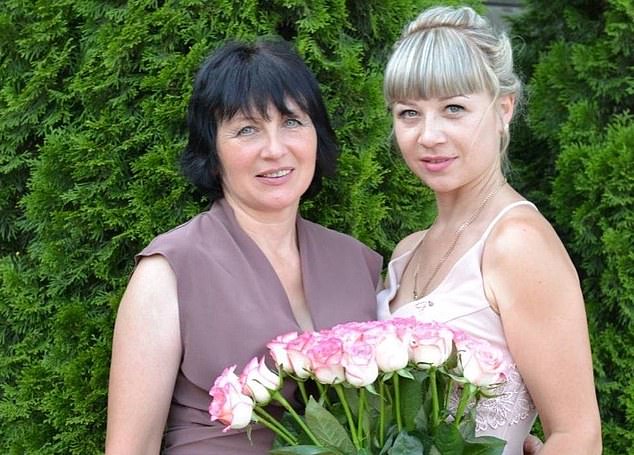 Alina Koreniuk (right), a Ukrainian refugee in Britain, was surprised to spot her new boiler photographed on top of a Russian tank in Luhansk along with other loot. Pictured: Alina Koreniuk with her mother

‘We expected houses in Popasna to be looted.’

Mrs Koreniuk fled to the UK on April 8 and is living with a family in Nottinghamshire, with her daughters Kristina, 12, and Olha, eight.

Her husband had to stay behind.

Their hosts are thought to be among the first in the country to register for the scheme.

Mrs Koreniuk’s grandmother was forced to leave behind a pet dog, which was killed either by shrapnel or by the occupying forces.

Her husband was forced to stay behind as men under 60 cannot leave the country.