Cummings, who lives in London, was seen at his parents’ property in Durham, northeast England, at the end of March. 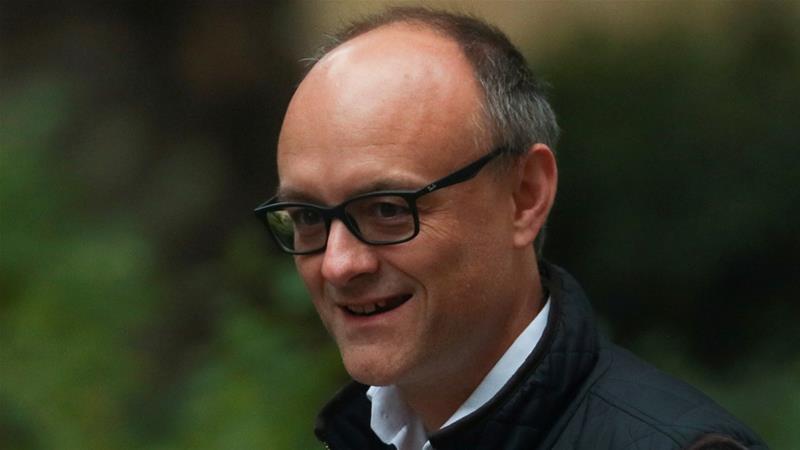 The Guardian and Mirror newspapers reported that Cummings, who masterminded the 2016 campaign to leave the European Union during the Brexit referendum, was seen at his parents’ property in Durham, northeast England, at the end of March.

A lockdown that began on March 23 stipulated that people should remain at their primary residence, leaving only for essential local errands and exercise, and not visit relatives. Anyone with symptoms was told to completely isolate themselves.

Durham Police said that officers went to a house on March 31 and “explained to the family the guidelines around self-isolation and reiterated the appropriate advice around essential travel”. Police did not mention Cummings by name.

Johnson’s office said Cummings made the journey to ensure his young son could be properly cared for, as his wife was ill with COVID-19 and there was a “high likelihood” that Cummings would himself become unwell.

“I behaved reasonably and legally,” Cummings told reporters outside his house after telling them to stay two metres apart in accordance with government guidelines.

When a reporter said it did not look good, he said: “Who cares about good looks – it’s a question of doing the right thing it’s not about what you guys think.”

But opposition parties called for Johnson to sack Cummings and said the lockdown rules made clear that those with suspected COVID-19 symptoms should isolate with their whole household.

“The prime minister’s chief adviser appears to believe that it is one rule for him and another for the British people,” the Labour Party said. “We are still unclear who knew about this decision and when, whether this was sanctioned by the prime minister.”

Just a few days before Cummings’ journey, Johnson imposed a lockdown in the United Kingdom and asked people to stay at home. He said on March 23 that people “should not be meeting family members who do not live in your home”.

Shortly after Johnson announced that he had tested positive for COVID-19, Cummings sprinted out of Downing Street on March 27 and developed symptoms on the weekend of March 28-29.

Government guidelines say that those who have COVID-19 or suspect they have it should self-isolate for at least seven days along with their household and not leave their house for any reason.

The Scottish National Party and the Liberal Democrats called for Cummings to be sacked. Other prominent figures have resigned after having broken lockdown rules.

Epidemiologist Neil Ferguson quit as a member of the government’s scientific advisory group after was visited at home by his girlfriend. Scotland’s chief medical officer, Catherine Calderwood, stepped down after she was caught making two trips to her second home.

Dave Penman, the leader of civil servants union the FDA, said: “The prime minister needs to understand how heartbreaking this lockdown has been for so many families and the sacrifices that have been made up and down the country.”

He said Johnson must explain why “it looks like there is one rule for those at the centre of government and one rule for rest of the country”.