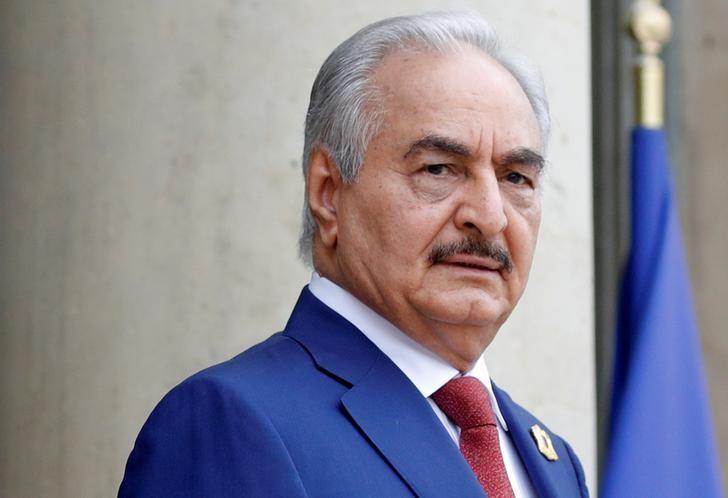 ANKARA (Reuters) – Turkey will not refrain from “teaching a lesson” to Khalifa Haftar, the commander of eastern Libyan forces, if they continue attacks against the country’s internationally recognized government, President Tayyip Erdogan said on Tuesday.

In a speech, Erdogan said the “putschist Haftar ran away” from Moscow after Monday’s peace talks between him and the head of the Tripoli-based government, Fayez al-Serraj, failed to lead to an open-ended ceasefire to end their nine-month conflict.

Joshua Rogers: I saw a woman do THIS on a train — and it impacts my marriage today

The Fallout From Onecoin's Ponzi Scheme Continues to Impact Investors

How the Iowa Caucuses Work and What’s New for 2020

Sorry Bears, Bitcoin Is Still In Mid-Term Uptrend: Here’s Why

U.S. will not lift sanctions to negotiate with Iran: Trump

A Stronger Foundation for Bitcoin ETF Applications
We and our partners use cookies on this site to improve our service, perform analytics, personalize advertising, measure advertising performance, and remember website preferences.Ok