A Tory councillor has apologised after sharing a Photoshopped image of Jeremy Corbyn laying a wreath outside the burning taxi where the Poppy Day suicide bomber died.

Paul Nickerson, a Conservative councillor in East Riding, Yorkshire, has faced widespread condemnation after tweeting the doctored picture of the former Labour leader following the terror attack outside Liverpool Women’s Hospital on Sunday.

The picture was tweeted with the caption: ‘Unsurprisingly’.

Cllr Nickerson initially ‘unreservedly’ apologised for the ‘political tweet’, but denied responsibility claiming his account had been infiltrated by a friend playing a prank.

He said: ‘I would like to apologies for a political tweet sent from my account yesterday which has been upsetting for some people and I unreservedly apologise to all concerned.’ 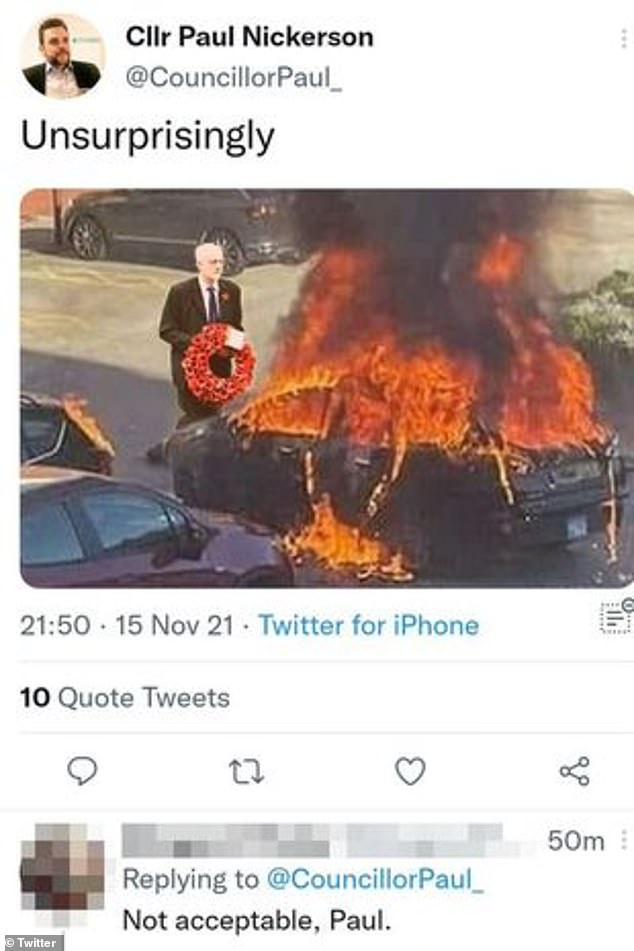 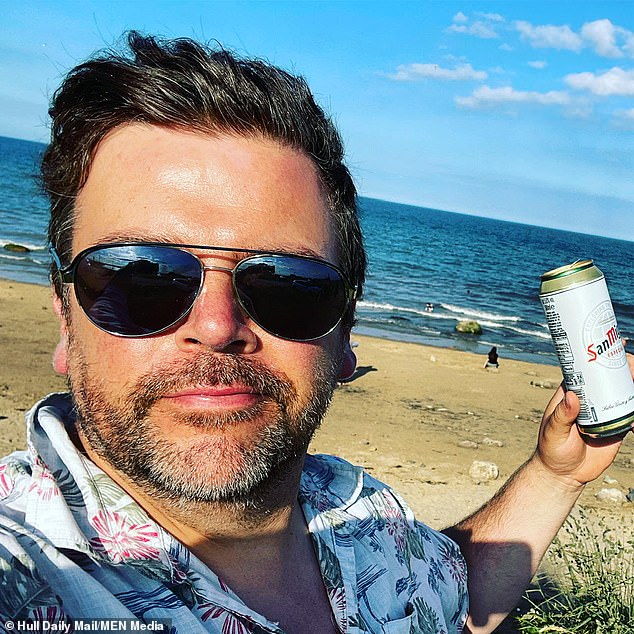 However, Cllr Nickerson has since deleted his Twitter account after being suspended from the East Riding of Yorkshire Council Conservative Group.

A statement from Tory leader Cllr Jonathan Owen confirmed an investigation will be taking place.

He said: ‘Following an inappropriate and offensive message which appeared on Councillor Paul Nickerson’s Twitter feed, I have suspended him from the East Riding of Yorkshire Council Conservative Group with immediate effect and an investigation will now take place.

‘All people in public life, irrespective of politics, should be united in condemning the terrorist attack that took place outside the Liverpool Women’s Hospital on Remembrance Sunday.

‘It is not the time for inappropriate remarks, however intended, and they will not be tolerated in this Conservative Group.

‘Residents should expect their elected representatives to act in an appropriate manner at all times.’

Enzo Almeni, 32, died when a homemade bomb exploded outside the hospital on Sunday. 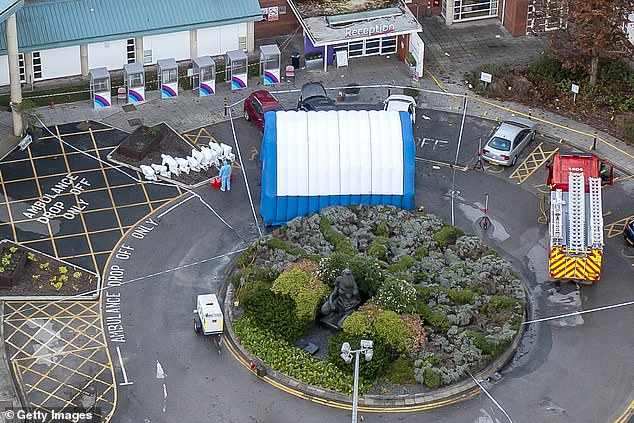 The explosion took place 10:59am, just seconds before the 11am Remembrance minute’s silence was due to be held.

Hero taxi driver David Perry is believed to have locked bomber Almeni, 32, inside his cab just seconds before he detonated his device.

Detectives and MI5 spies are investigating whether the bombing was an Islamist-inspired attack and if Almeni had been motivated to kill himself and others.

Four men arrested under terrorism laws in the Kensington area of Liverpool – three aged 21, 26 and 29, who were held on Sunday, and a man aged 20 who was detained on Monday – have now been released from police custody following interview, Counter Terrorism Police North West said on Monday night.

Meanwhile, forensic officers continued the delicate task of searching the ‘bomb factory’ from where Almeni booked the taxi.

Eight nearby homes have been evacuated, and officers on Monday carried out a controlled explosion on an item taken from the property in nearby Sefton Park in what they described as ‘a precaution’.