MORE than 21million Brits are set to fall under tougher lockdown rules within weeks.

A third of the country faces the highest Tier 3 restrictions or “circuit-breaker” closures.

Yesterday three million people in Wales were told they will be under a two-week “fire-breaker” from Friday evening.

And Health Secretary Matt Hancock warned swathes of South and West Yorkshire — including Sheffield and Leeds — could be placed in Tier 3 this week.

Chunks of the North East and Nottinghamshire were put on a similar timetable.

Manchester could be forced into Tier 3 by Friday after talks with the Government broke down.

The city was last night dramatically given a deadline of midday today to agree to a deal or have the restrictions forced upon them by the Government. 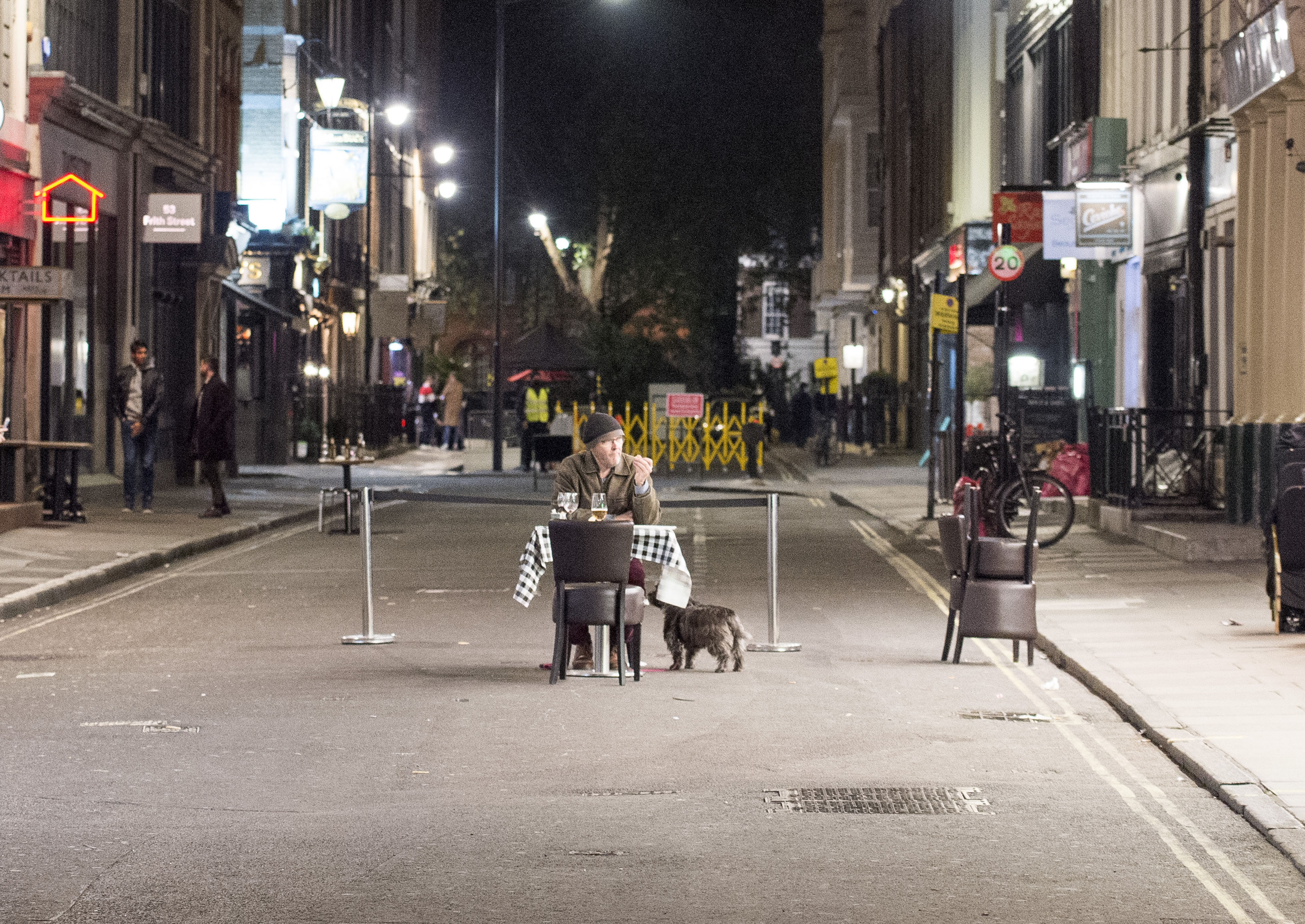 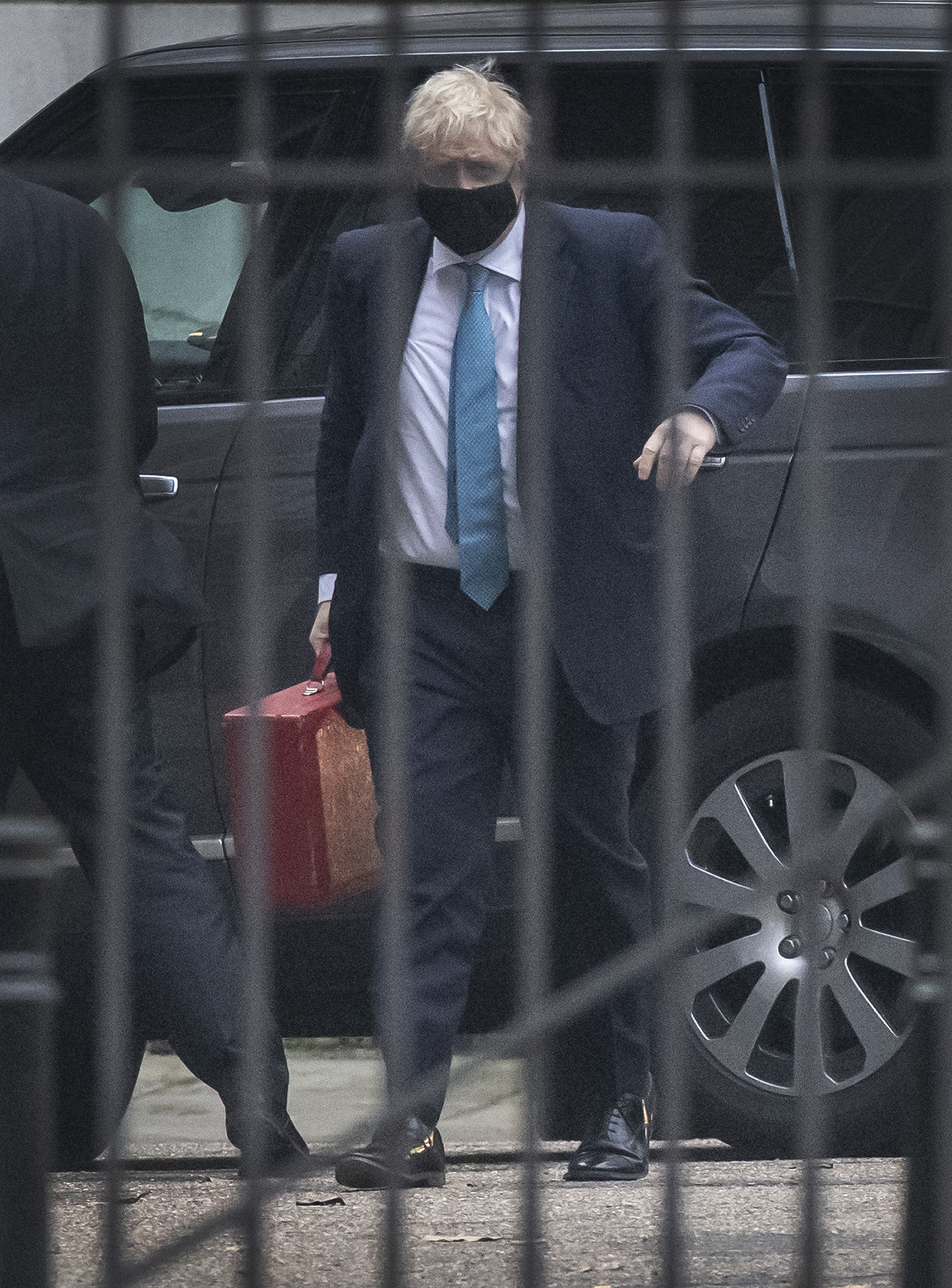 The moves would mean that a further 13.1million extra people would be hit within days.

That is on top of 2.7million already in Tier 3 in Merseyside and Lancashire, along with 3.4million people in Scotland and 1.9million in Northern Ireland.

Meanwhile, an emergency cabinet meeting in Dublin decided on a full six-week national lockdown from Wednesday night across the Republic of Ireland until December 1.

Schools will remain open and construction will be allowed to continue, and it was reported that elite sports including horse racing and Gaelic football will take place. 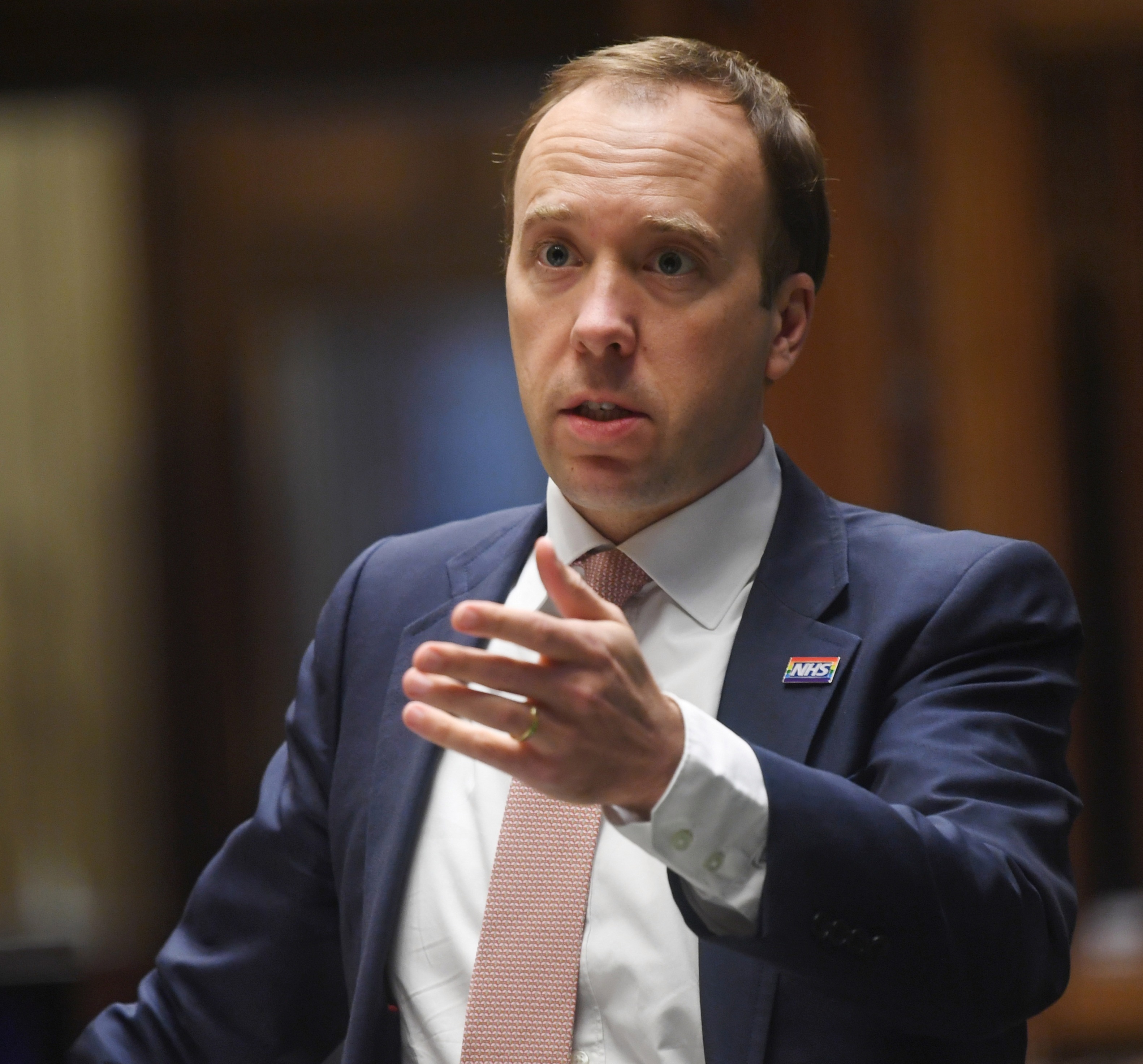 Tonight, Downing Street insisted it would persist with a localised approach.

A spokesman for Boris Johnson said: “We keep all of our measures under review but the PM has made very clear that he doesn’t want a return to something like a national lockdown and believes our three-tiered approach is the right way forward.”

Mr Hancock told MPs: “Following the introduction of measures in Liverpool and Lancashire, talks continue with Greater Manchester, and this week further discussions are planned with South Yorkshire, West Yorkshire, Nottinghamshire, the North East and Teesside.”

A Whitehall insider also said talks over a Tier 3 shutdown of Sheffield and South Yorkshire were “relatively far advanced”.

All pubs, restaurants, bars and non-essential shops will shut from 6pm.

After half-term, secondary schools will remain shut for an extra week for Year 9s and above.

Mr Drakeford said the lockdown would be a “short, sharp shock to turn back the clock, slow down the virus and give us more time”. But furious Tory MPs have accused him of “grand-standing”. 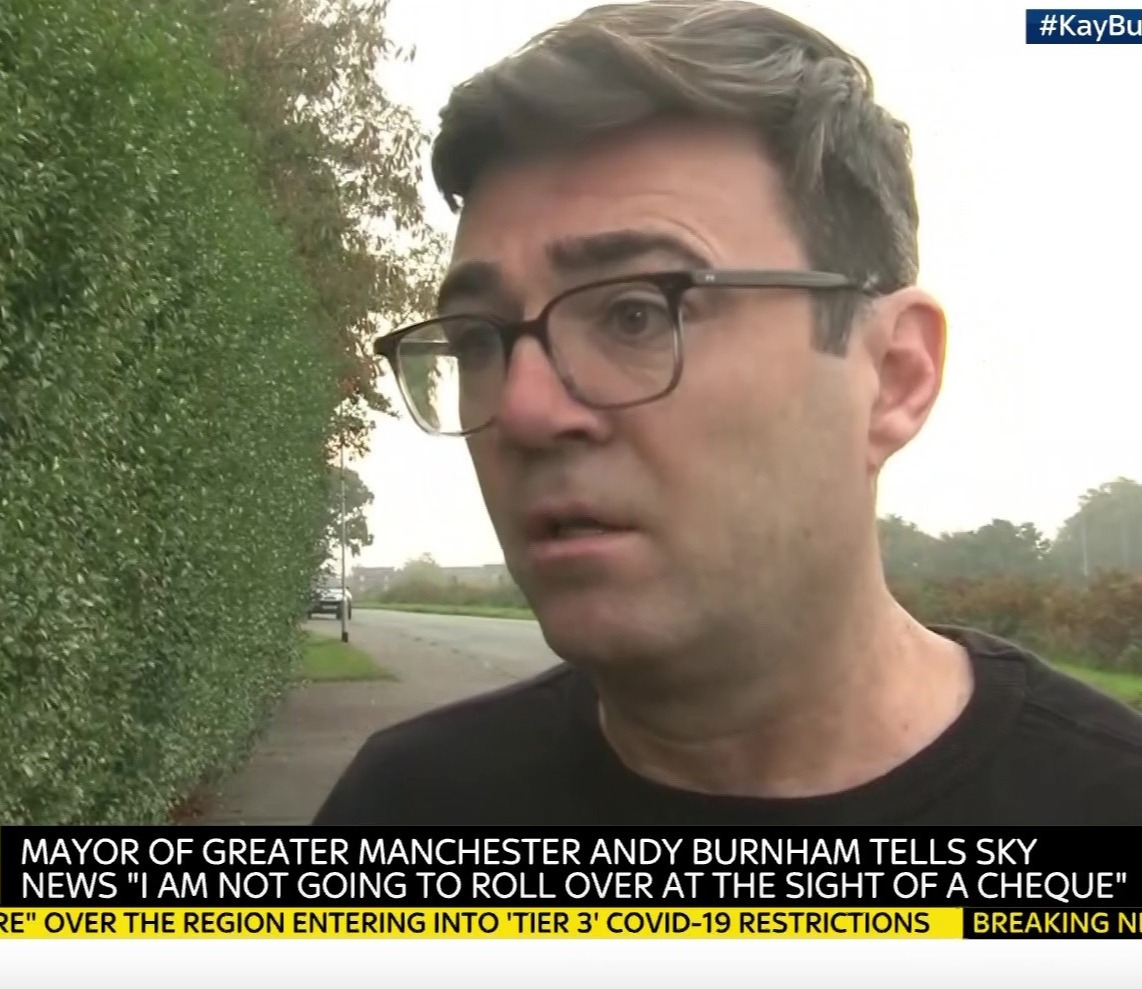 Paul Davies, Conservative leader in the Welsh Assembly, warned: “This is not a two-week break to solve the pandemic. It is likely we will see regular lockdowns across the rest of the year.”

Talks between the Government and Greater Manchester’s Labour Mayor Andy Burnham over placing the city into Tier 3 broke down despite a £100million bail-out offer and predictions its intensive care beds could be overwhelmed by November 12. 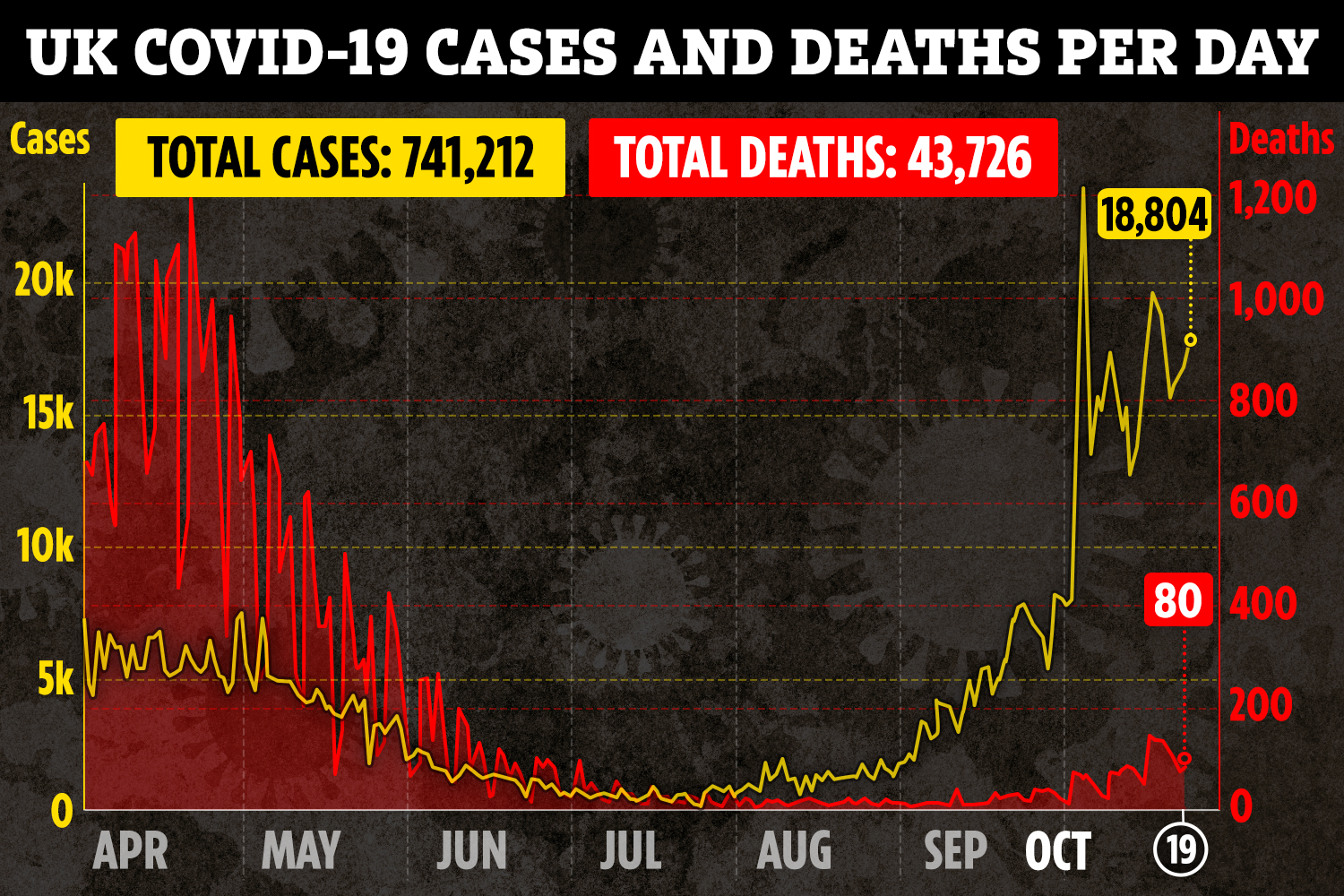 According to government forecasts, Manchester’s second wave will be bigger than its first peak.

A Government spokesman said: “We are carefully considering the next steps.”

Under the Tier 3 rules, people are banned from mixing with other households inside or outside.

Pubs and bars must close unless they serve a main meal, while travel outside the area is discouraged.

They said it is unfair for these regions to be slapped with new restrictions without any help for struggling pubs and restaurants.

HOW brave of the Labour leader in Wales to volunteer his people for house arrest, joblessness and ruin to test the scientifically dubious theory that a new lockdown may set Covid back all of 28 days.

We do caution Mark Drakeford that, according to his London bosses, this bleak fortnight he calls a “firebreak” will only work if it is extended and then repeated on and off indefinitely.

We hope he has also read the small print of the advice he is following, in which Sage said the evidence that further temporary lockdowns would slow the virus was “generally weak” but that they “cannot wait for better-quality evidence”.

Quite the ringing endorsement!

Our sympathies to Wales. We hope Boris Johnson continues to resist siren calls for a national lockdown — destroying firms in, say, the Isle of Wight over infections in the North and hammering the final nail in our economy’s coffin.

It is far easier of course for leaders in Wales, Scotland or Northern Ireland to impose such measures. The grant money will still flow from the Treasury.

But if England follows suit, shedding many more jobs and tax receipts with them, that funding will have to be cut.

It is one of this terrible year’s ironies that those most likely to waft away the long-term financial calamity of the lockdowns they support are also most likely to weep bitter tears over the temporary, smaller wobbles of a No Deal ­Brexit.

It is odd too that those clamouring for new hardships to save every possible life from Covid ignore the epidemic of extra cancer and heart deaths, as sick people grimly stay home and avoid the NHS.

But consistency seems in short supply.

Take shape-shifting Manchester Mayor Andy Burnham, who before he would agree to a Tier 3 lockdown demanded money for workers — then turned his nose up at £100million and said rising infections were exaggerated anyway.

We don’t even disagree with him. But we are keeping a wary eye today on whatever position he chooses to hold on a Tuesday.

Conservative populism stronger than ever despite Trump’s election loss