Trump wants more money to return people to the moon by 2024. NASA’s chief says that will get astronauts to Mars faster. 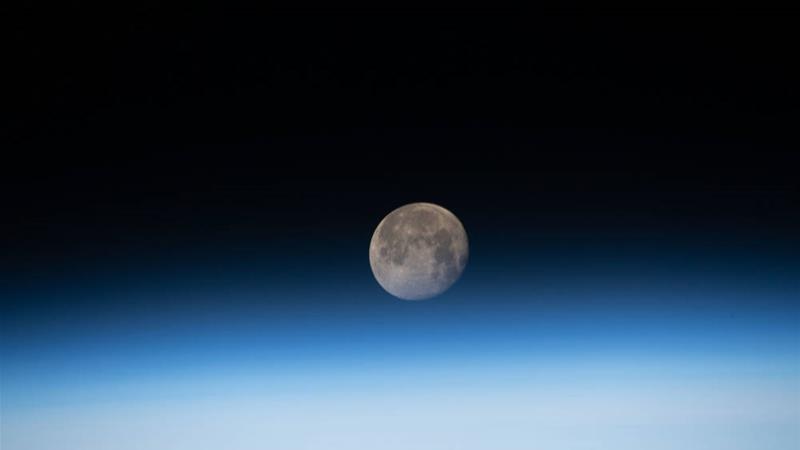 Washington, DC – Hours after the administration of President Donald Trump asked the United States Congress for more money to realise an accelerated timeline for returning astronauts to the moon’s surface, NASA Administrator Jim Bridenstine said a lunar mission was just the beginning.

“We’re going to the moon because we want to get to Mars with humans,” Bridenstine said Tuesday at the Humans to Mars Summit in Washington, DC.

Bridenstine said that NASA’s timeline for the lunar mission had been sped up with a Mars mission in mind. “The reason that’s important, that we accelerate the lunar programme, we are by definition accelerating the Humans to Mars programme,” he said.

The original budget request for NASA, submitted on March 11, totaled $21bn. Of that, $10.7bn was allocated for the “Exploration Campaign”, which included a lunar-surface landing in 2028 – and which would lay the groundwork for a mission sending humans to Mars.

The White House now wants to return astronauts to the moon’s surface by 2024.

On Monday, the Trump administration released an amended budget request that asked for an additional $1.6bn to facilitate that new target.

The additional funds would bring the budget request total for the NASA programme to $22.6bn.

In March, Vice President Mike Pence prepared the ground to speed up a lunar landing mission, telling the National Space Council that the US will return astronauts to the moon within five years “by any means necessary”, and that “mission success will require more than just money”. Pence’s remarks were considered to be in response to China’s efforts to build a lunar research facility.

The US-China space competition does not end with the moon. China has also stated that it’s vying to be the first space-faring nation to reach Mars.

Key to the lunar mission is the development of a lander that can transport humans to the moon’s surface.

Rather than develop the lander itself, NASA is looking to commercial space companies to make that happen.

Proposals for the lander were due March 25. NASA is requiring it to be reusable and integrated into two facilities that are in the works: a surface outpost, and what is being called the Lunar Gateway – a proposed office, laboratory and living space intended to orbit the moon.

Last week, the world got a glimpse of one possible contender after Amazon CEO Jeff Bezos unveiled Blue Moon, a mock-up of a human-class lander developed by his private space venture, Blue Origin.

Tuesday at a NASA staff meeting, NASA Associate Administrator for Human Exploration and Operations William Gerstenmaier said that if Congress approves, he envisions inking contracts in October and embedding NASA engineers with commercial partners during the development stage.

“We think that’s good, and in general we support the acceleration of the lunar programme,” Eric Salwan, director of Commercial Business Development for Firefly Aerospace, told Al Jazeera.

Firefly is one of the nine companies NASA selected to submit proposals for lunar commercial cargo service. Salwan said, “The CLPS [Commercial Lunar Payload Services] programme has [also] been accelerated.”

NASA has been looking for ways to explore and study space more cheaply for some time. In April the agency awarded a $69mn contract to SpaceX to launch the Double Asteroid Redirection Test mission in 2021. That mission’s intent is to deflect an asteroid.

Trump says it's 'common sense' to include Russia in G7