At almost $1.3 million, Lee Lits was expecting a lot more from the luxury apartment into which she poured her life savings.

But in April, just months after moving into her new Caulfield home, the single mother of three discovered that water was regularly streaming down the insides of her windows and pooling in the carpet when it rained. It got worse: in July, she discovered that black mould was growing on the ceilings, curtains and carpets in every room.

“It’s terrible living like this,” she said. “I’m worried about our health.” 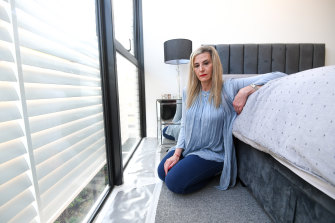 Lee Lits has placed strips of plastic throughout her apartment to protect it from mould after discovering a defect with the waterproofingCredit:Justin McManus

A large, industrial fan has been whirring in her home all day and night in an effort to dry it out, but the problems persist.

After repeatedly contacting her developer and builder, they sent out two building inspectors who concluded the mould was caused by condensation from Ms Lits not opening her windows enough.

But independent mould and leak experts employed by Ms Lits believe it’s due to poor waterproofing.

Her situation is not unique, with more than 50 per cent of Victorian apartment owners reporting that they live in homes with building defects, according to a new survey of 3593 people by Australian Apartment Advocacy. Water penetration from outside, poor waterproofing, defective plumbing and structural cracking were among the most-common defects.

The survey found that resolving these issues was complicated, time-consuming and exhausting, with just 16 per cent of recipients reporting that someone had accepted responsibility for all their defects. 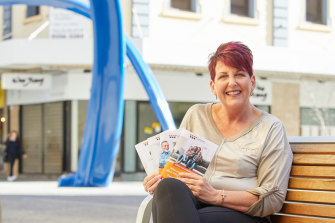 The group promotes apartment living and lobbies for greater consumer protection. Chief executive, Sam Reece, who has released a guide to help prospective buyers spot building defects, is calling on the Victorian government to follow NSW’s lead and mandate government-appointed building inspections of all new apartments.

While developers must currently pass a private building inspection before an occupancy certificate is issued, Ms Reece said these assessments lacked the independence of government-appointed building inspectors.

“We think there is a conflict of interest as these private building inspectors are aligned with the developer,” she said.

“We don’t want to keep hearing these horror stories. We want to hear that people are loving their apartment lifestyles and they have made the right choice,” she said.

Ms Lits does not want to identify her apartment, builder or developer because she fears it will devalue her property. She has spent $1500 on mould and leak assessments and making her apartment mould-safe, which has involved taping large sheets of plastic along the carpet beneath her windows and on her ceiling. 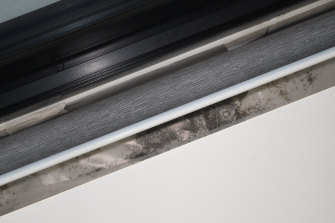 The builder told The Age there were no issues with waterproofing and Ms Lits needed to manage the ventilation in her apartment. “We will work on it with her to find a solution,” he said.

But Mason Schulze, the director of 1300 Find Leak, attended the property on Thursday following a call from Ms Lits and discovered cracks in the waterproofing in the slab above her apartment. “It hasn’t been done properly, and when it rains, the water goes through to her apartment,” he said.

He said this was a common defect with new apartments and he inspected properties with waterproofing issues at least twice a week. 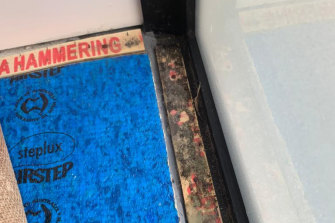 Mould beneath the carpet in Lee Lits’ apartment

An expert panel appointed by the state government has finished the first stage of its review of the Victorian building system, but the findings have not yet been made public.

Danni Hunter, the Victorian executive director of the Property Council of Australia, said the property and construction sector worked closely with the Victorian Building Authority to ensure there were clear avenues for consumers, builders and developers to resolve defects before new homes were handed over.