Stockholm: Tanzanian writer Abdulrazak Gurnah has been awarded the Nobel prize for literature.

The Swedish Academy said the award was in recognition of his “uncompromising and compassionate penetration of the effects of colonialism.”

Born in Zanzibar and based in England, Gurnah is a professor at the University of Kent. His novel “Paradise” was shortlisted for the Booker Prize in 1994. 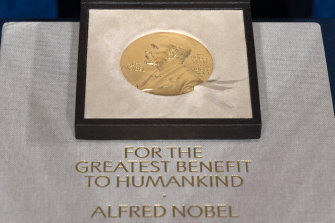 The Swedish body highligfhted his “uncompromising and compassionate penetration of the effects of colonialism.”Credit:AP

On Monday, the Nobel Committee awarded the prize in physiology or medicine to Americans David Julius and Ardem Patapoutian for their discoveries into how the human body perceives temperature and touch.

The Nobel prize in physics was awarded Tuesday to three scientists whose work found order in seeming disorder, helping to explain and predict complex forces of nature, including expanding our understanding of climate change.

Benjamin List and David W.C. MacMillan were named as laureates of the Nobel prize for chemistry Wednesday for finding an easier and environmentally cleaner way to build molecules that can be used to make compounds, including medicines and pesticides.

Still to come are prizes that will also be awarded for outstanding work in the fields of peace and economics.