Taliban’s co-founder offered the US the chance to secure ALL of Kabul after President Ashraf Ghani fled the country – but the Biden administration REFUSED, report claims

The Taliban offered President Biden a chance for the situation in Afghanistan to play out entirely differently, telling the US it could either take control of security in Kabul or allow them to do so, according to a report.

Senior US military officials including Gen. Kenneth McKenzie hastily met face-to-face with Abdul Ghani Baradar, head of the Taliban’s military wing, who made the US a weighty offer, as reported by the Washington Post.

‘We have a problem,’ Baradar said, according to a US official.  ‘We have two options to deal with it: You [the United States military] take responsibility for securing Kabul or you have to allow us to do it.’

But Biden was determined to keep his promise to pull out US troops, even with the collapse of the Afghan government. So, McKenzie and other military officials said the US only needed control of the airport until Aug. 31 and the Taliban could secure the city.

The fleeing of President Ashraf Ghani left both the US and the Taliban in shock, as they had reportedly been in talks for an orderly transition of power from Ghani to the Islamist group.

Ghani had reportedly received faulty intelligence that Taliban fighters were going room to room in the presidential palace looking for him. In reality, the Taliban had said it was encroaching on Kabul but would honor the peaceful transfer agreement.

With Ghani’s departure, chaos broke out in the streets of Kabul. The Taliban had never planned to take control of Kabul on Aug. 15, according to the report, but did so to establish order. 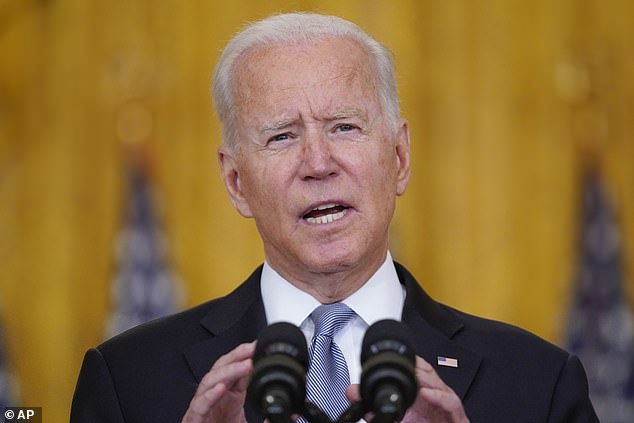 The Taliban offered President Biden a chance for the situation in Afghanistan to play out entirely differently, telling the US it could either take control of security in Kabul or allow them to do so

‘The government has left all of their ministries; you have to enter the city to prevent further disorder and protect public property and services from chaos,’ read a message to Taliban commander Muhammad Nasir Haqqani.

‘We couldn’t control our emotions, we were so happy. Most of our fighters were crying,’ Haqqani said of when his soldiers overtook the streets. ‘We never thought we would take Kabul so quickly.’

Asked at a briefing Monday if it was true that the Taliban had offered US control of Kabul, White House press secretary Jen Psaki replied: ‘I have not seen this reporting.’

DailyMail.com has reached out to the White House for confirmation of the report.

But White House chief of staff Ron Klain seemed to hint at its accuracy. He like a tweet along with an opinion piece from Talking Points Memo founder Josh Marshall arguing: ‘No. We were right not to take over security in Kabul when the Taliban asked if we wanted to.’

‘The idea that a few thousand US Marines or soldiers could take over security for a city of 5 million during a process of state collapse is frankly insane,’ the editorial argues. 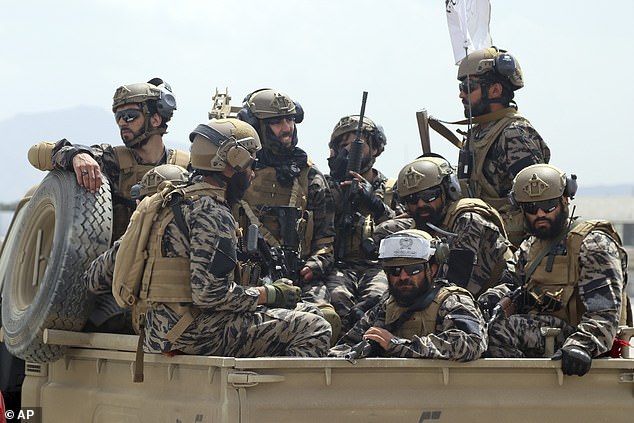 The Taliban were in full control of Kabul’s airport on Tuesday, after the last U.S. plane left its runway, marking the end of America’s longest war

The US sent in roughly 5,000 troops to help Americans and American allies escape Taliban rule, before pulling out on Monday almost 24 hours ahead of the deadline, worried of the prospects of yet another terrorist attack.

A suicide bombing outside Kabul airport last week left 170 dead, including 13 American troops. Islamic State Khorasan, known as ISIS-K, took credit for the attack and the US responded with airstrikes allegedly killing two associated with ISIS-K and reportedly an entire family, including children, according to relatives of the dead.

Since the Taliban took over Kabul, the US has been scrambling to evacuate as many as possible, though some Americans and many Afghan allies remain. The US has approximately 116,700 people since Aug. 14, including 5,500 American citizens.

Marc Thiessen, speechwriter under President George W. Bush, tore into the president for reportedly turning down the Taliban’s offer in a Washington Post op-ed.

‘The Biden administration had the chance to control Kabul while we evacuated, but chose to cede it to the Taliban. That is a dereliction of duty unlike any we have seen in modern times,’ Thiessen wrote.

‘Our leaders made a conscious choice to put the safety of American civilians, service members and Afghan allies in the hands of terrorists rather than the U.S. armed forces — a decision that led directly to the deaths of 13 Americans in an Islamic State attack on the Kabul airport last Thursday at the hands of a suicide bomber. It is a national disgrace.’

‘If the reports are true, and the Biden administration willfully gave control of Kabul to the Taliban, they have yet again shown their complicity for a terrorist takeover,’ Sen. Marsha Blackburn, R-Tenn., wrote on Twitter.

‘They PASSED and instead opted to willingly surrender the city to the Taliban and control only the airport till 8/31! HOW MANY MORE COULD HAVE BEEN SAVED?!?’ wrote Rep. Jody Hice, R-Ga.