UNDERSTANDING your brain health could be the key to finding out your risk of dementia, experts have revealed.

Researchers have developed an online calculator for people over the age of 55 which calculates how likely you are to develop dementia in the next five years.

Dementia affects 850,000 people across the UK while also causing pain for millions of families.

It comes in many shapes and forms and dementia is a general term used to describe the deterioration of a person's mental ability that is severe enough to interfere with their daily life.

It is known for the problems it causes with thinking, reasoning and memory – as these are the areas in the brain that become damaged.

The methodology behind the new tool, developed by experts at The Ottawa Hospital, the University of Ottawa was today published in the Journal of Epidemiology and Community.

The tool, which you can access here, uses the below factors to determine your risk of the illness. 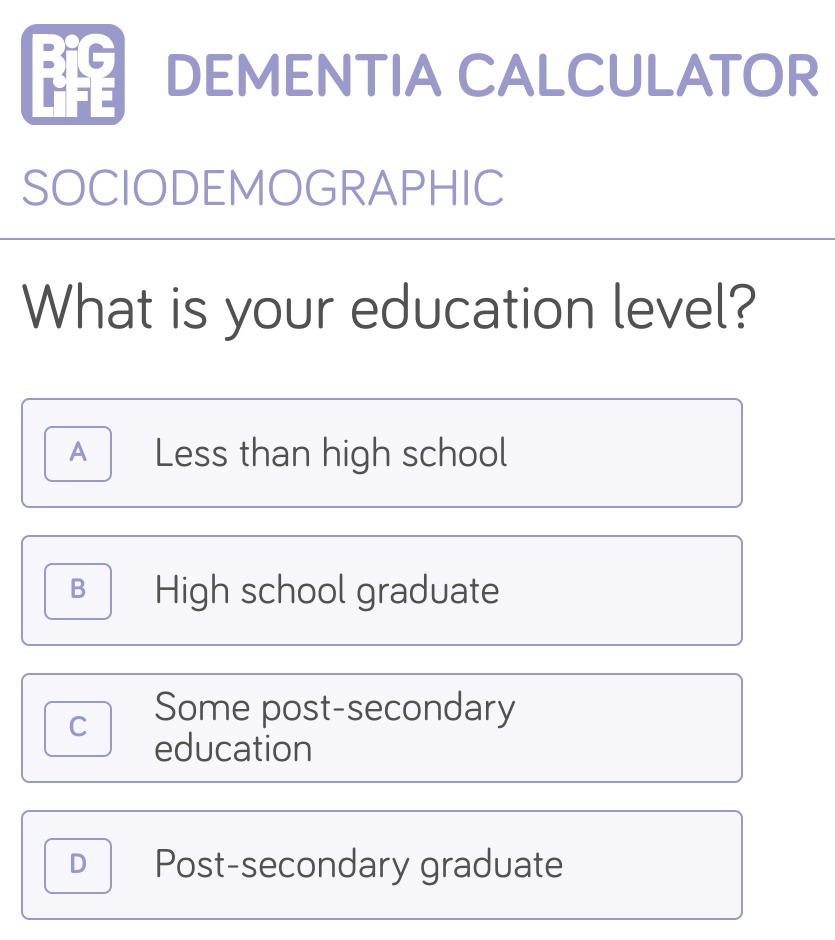 By using the tool individuals will be given advice on the areas of their life that they need to change and improve to lower their risk.

Dr Peter Tanuseputro, senior author of the study, and scientist at The Ottawa Hospital explained: "This tool will give people who fill it out clues to what they can do to reduce their personal risk of dementia."

He added that the coronavirus pandemic has made it clear that socioeconomic factors such as education and the neighbourhood you live in have a huge impact on our overall health and how susceptible we are to disease.

"It was important to include those variables in the tool so policy makers can understand how different populations are impacted by dementia, and help ensure that any prevention strategies are equitable", he added.

The calculator was based on data from the Statistics Canada Canadian Community Health Surveys of 75,000 people.

The experts say that the calculator can be adapted to over 100 countries world wide.

What is dementia and what are the symptoms you need to look out for?

Dementia is a general term used to describe the deterioration of a person’s mental ability that is severe enough to interfere with their daily life.

It is known for the problems it causes with thinking, reasoning and memory – as these are the areas in the brain that become damaged.

There are many different types of dementia. Each is is associated with a particular type of brain cell damage.

The symptoms of dementia that somebody has will depend on which part of the brain is deteriorating.

There are two main groups dementia can be split into, but some conditions fall into both categories:

Dementia symptoms vary depending on the cause. But common signs and symptoms include:

The symptoms specific to Alzheimer's disease include:

Dr Stacey Fisher, the lead author of the study added that people have everything they need to use the calculator from the comfort of their own home.

She said: "What sets this dementia risk calculator apart is that you don't need to visit a doctor for any tests."

There is no cure for dementia but a third of cases are preventable through lifestyle factors – some of which such as alcohol consumption and diet are featured on the calculator.

To find out your risk of dementia click here.