A DAD told of his heartbreak last night after his four footie-mad lads — twins aged four and three — died in a house fire.

The brothers are thought to have been home alone amid claims their mum had gone shopping in Sutton, South London. 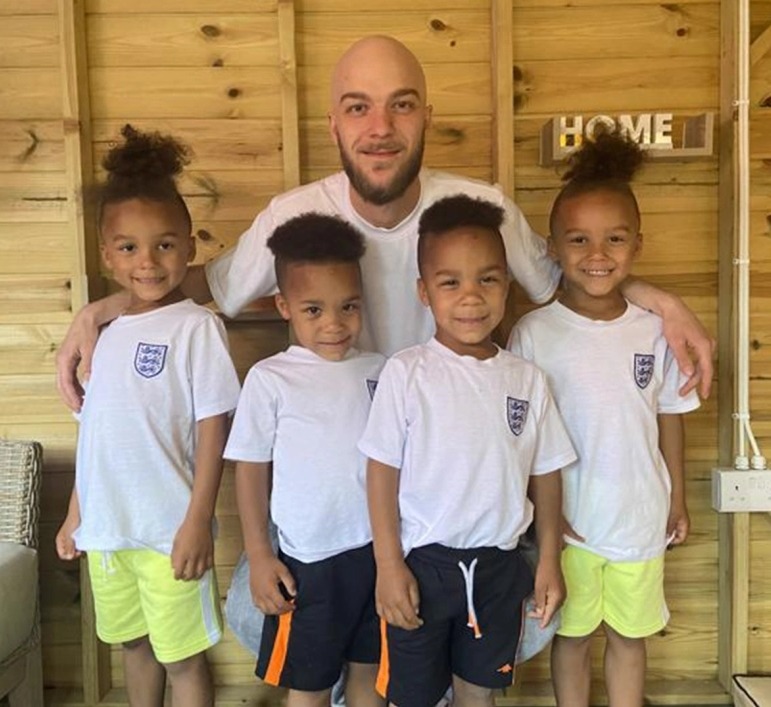 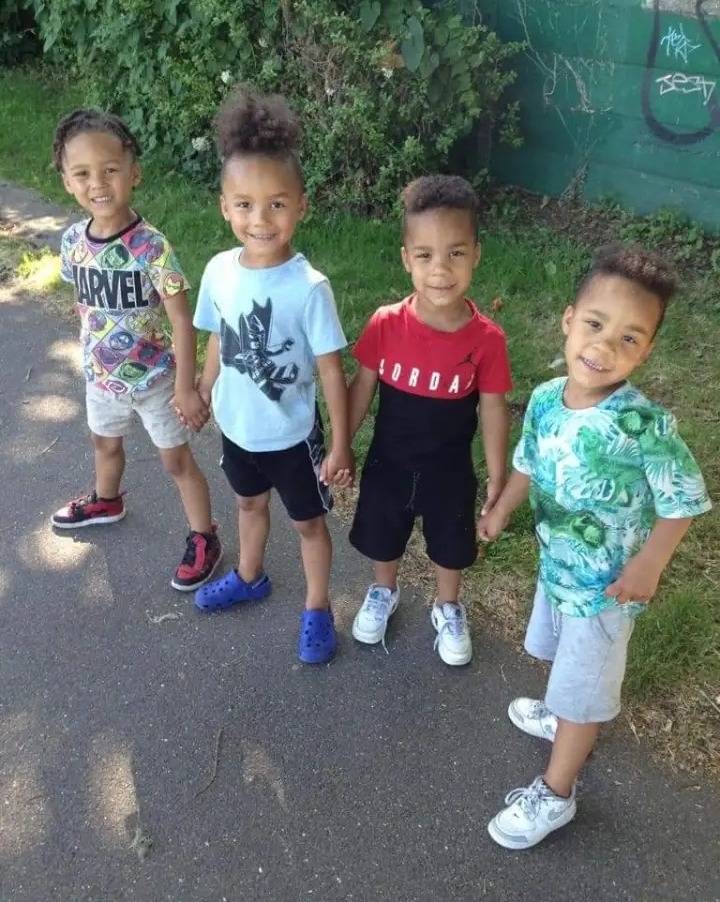 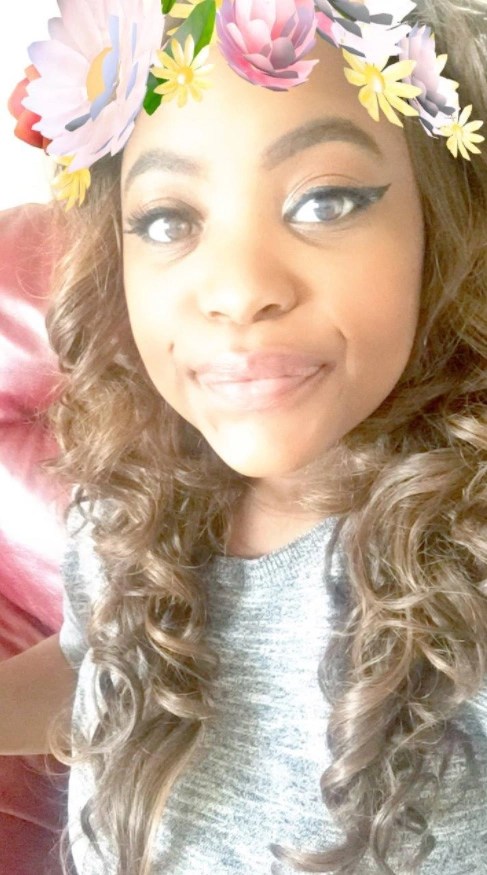 Dalton Hoath, 28, said: “I’ll never get to take them to their first game. I’m devastated.”

The grieving dad told of his “tragic loss” after twins Kyson and Bryson, four, and Leyton and Logan, three, perished in their terraced home.

Dalton, whose dad works for AFC Wimbledon, said: “Their first football game was all they were talking about. Now I won’t be able to see them playing or watching football.

“It would have been passing down a tradition as the family have supported Wimbledon for years.

“They were bright, caring, loveable boys. I don’t know how I will carry on. It’s a miracle I haven’t lost the plot already.”

The boys’ mum Deveca Rose, 27 — who is separated from Dalton — got back from Sainsbury’s, five minutes’ walk away, to find the house ablaze.

Sixty firefighters got to the scene in under three minutes and tried to rescue the boys. Medics carried out CPR outside the house where the brothers’ unopened Christmas gifts lay under the tree in cinders.

They were taken to hospital from the home in Collingwood Road, Sutton, South London, shortly after 7pm on Thursday but pronounced dead from smoke inhalation.

One theory is the fire was started by faulty fairy lights that may have set alight the PVC front door.

Neighbours said Deveca, thought to be an NHS care worker, had earlier gone to Sainsbury’s, leaving the boys home alone.

A neighbour in her 40s, who did not want to be named, said: “The boys were laid out in a row on the pavement and the firemen were trying to resuscitate them.”

Police said they arrested a woman aged 27 on suspicion of neglect on Thursday night.

She was still being quizzed in custody last night, with nurses present to provide assistance.

“It’s all the more heartbreaking because their presents were piled under the tree ready.

“We don’t know what happened and are just waiting for the police to get back to us.”

Jason went to hospital with Dalton to identify the children and said they had “looked like angels”.

It is thought they were overcome from smoke and died before the firefighters could reach them.

AFC Wimbledon had been planning to wear black armbands and hold a minute’s silence at Saturday’s home match with Portsmouth before it was postponed by Covid.

Jason said his grandsons, nicknamed The Quad by neighbours, couldn’t wait for their first match.

He said: “Everyone was looking forward to Christmas and after the holidays in the New Year the boys were going to their first game. They loved playing football. We are all big Wimbledon fans and were going to take them there. I have some wonderful memories of us playing football in the summer with the boys in their England shirts as we watched the Euros. We had some lovely parties together. 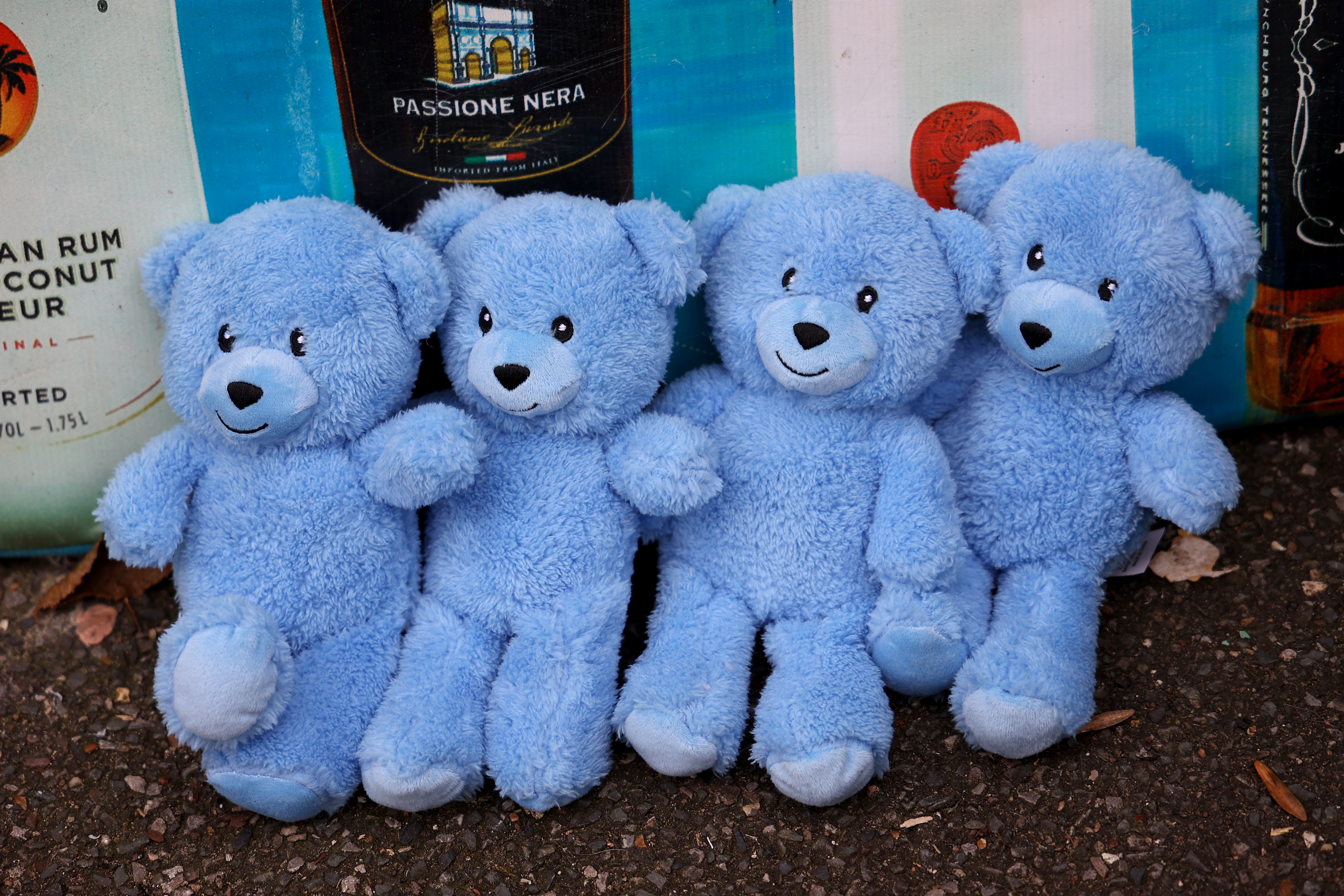 FOUR blue teddy bears were among heartbreaking tributes left at the scene of the fire which has consumed the area with shock and grief.

Dozens of locals, many in tears, laid flowers and messages of condolence by the police cordon.

Another black and white bear was left next to a candle with the message “RIP sweet little ones”. St Nicholas Church, whose spire is visible from the scene, opened its doors for people needing to pray.

Parish priest Frances Arnold said: “Those who have come in have been shocked and wanting to find somewhere to go. We’re really shocked by the tragic loss of the children.” The house where the four died is also close to the ground of League Two football side Sutton United, whose manager left club scarves at the scene yesterday.

Matt Gray said: “For such a tragic event to happen on our doorstep, we just wanted to come and pay our respects. It’s just a huge shock and absolutely devastating.”

“I can’t believe this has happened. He (Dalton) would have been over in a shot if she (Deveca) needed someone to look after the boys.

“He really loved them as he does the children he has with his new partner.”

A source said: “She’s been in touch with the boys’ family to say how sorry she is and that she just doesn’t know what happened.

“She hasn’t had a chance to speak with Deveca because she is at the police station and is with police and nurses as she’s in such a bad way.

“They (Deveca and Dalton) had their ups and downs like any other split-up couple but they got on with each other for the sake of the children.” Police said it is likely to take several days before the cause is established. The blaze ripped through the ground floor and turned the PVC-covered front door into an inferno.

Fire crews got the blaze under control just after 8.30pm.

One neighbour told how she tried to revive the boys. She said: “I was driving past as the fire started. It was so shocking. I jumped out of my car and got involved.

“The boy had his school jacket on. It was awful. I did not take it in at the time and I’ve not slept since. I got asked if anyone could do CPR and I could so I tried when they came out. Then the paramedics arrived.

“I really thought they were going to be OK. It’s heartbreaking, beyond tragic. I can’t get the images out of my head. It will really stay with me.

“I tried my best, everyone did. Those poor boys. They had everything to live for.”

Mr Roe added: “My thoughts are with the family and friends of the children, the whole local community and all those who will be affected by this fire. Crews arrived quickly and located the children inside the property. They were brought out of the house and given immediate emergency care.

“The welfare of our staff involved in this incident is very important to us and all will be offered counselling as a priority.”

London Ambulance Service’s Brian Jordan said its crews were trained to deal with situations like this but the fact the boys were so young, and it was so close to Christmas made it very difficult. Westbourne Primary School, where the eldest twins attended, said its entire community were devastated by the tragic loss.

It added: “Our hearts, thoughts and prayers are with the family and anyone else affected by this heartbreaking event.

“We will continue to support the children, the staff, the families and the community through these very difficult times.” Nursery teachers and wellwishers visited the scene yesterday to lay flowers and toys. 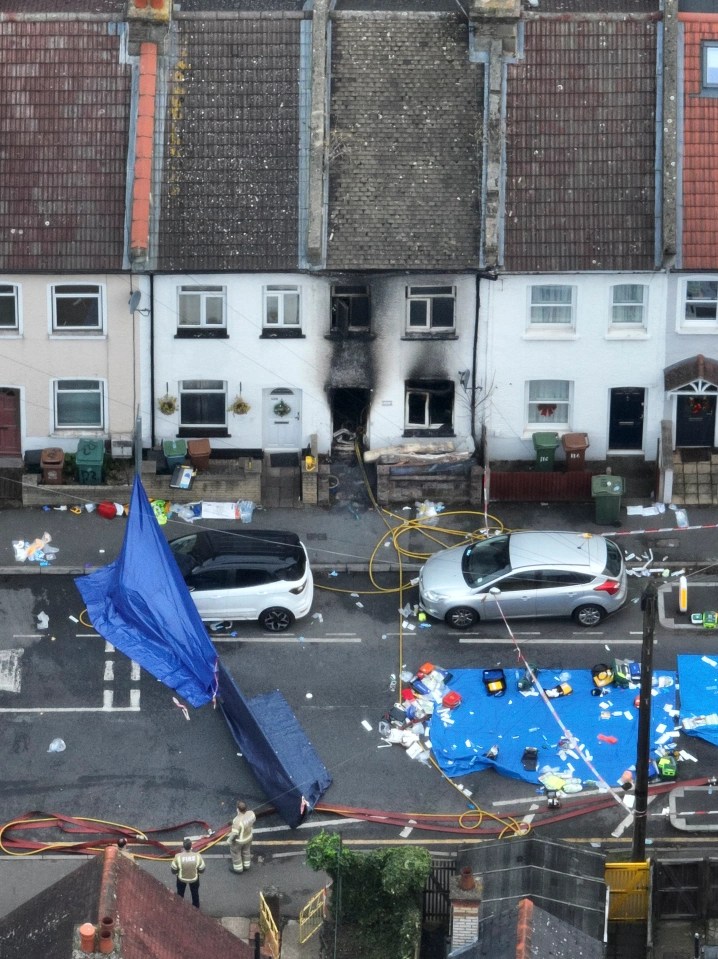 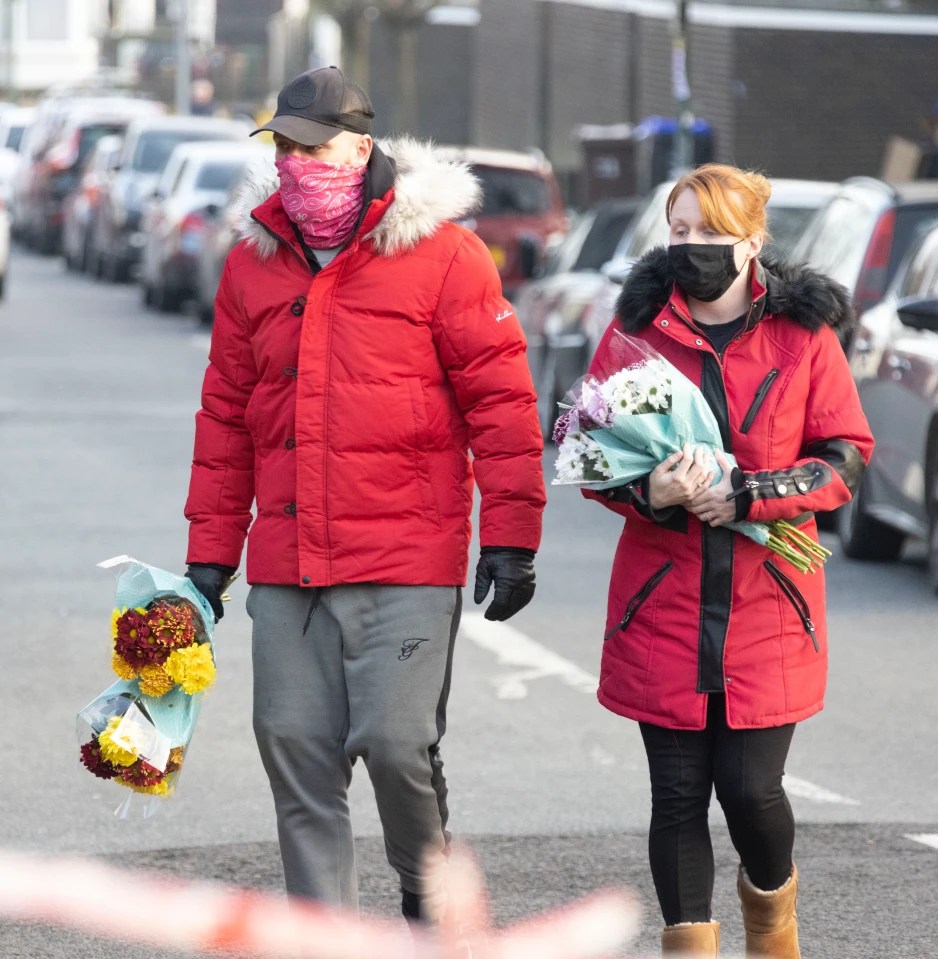