Environmentalists have warned the state government is failing to protect Victoria’s rare plants and animals after an inquiry revealed the Environment Department would take five years to complete “action plans” for 2000 threatened species.

The state government is currently holding an inquiry into Victoria’s ecosystem decline. At a recent hearing the acting deputy secretary of the Department of Environment, Carolyn Jackson, said a new threatened list had recently been completed, totalling about 2000 species. 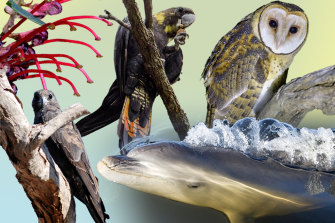 These include critically endangered species such as the glossy black cockatoo, burrunan dolphin, black falcon, Mount Cole grevillea and masked owl. The previous list numbered about 690 species, but the government says the marked increase is because multiple lists have been consolidated.

Ms Jackson told the inquiry it would take five years to develop “action statements” for all listed species. These statements outline actions required to protect and recover threatened species.

This five-year time frame is too long, says Matt Ruchel, the executive director of the Victorian National Parks Association.

“The department has been hopeless on action statements; it has always put them in the bottom drawer,” he said. “This new list is the manifestation of the declining nature of our natural environment and there needs to be significant investment and political will to try and turn that around.” 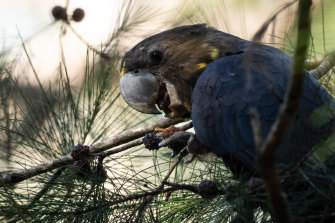 The most recent environmental report card for Victoria, the “State of the Environment” analysis published in 2018, found the environment was in worsening health in 51 of 170 categories.

Climate change is expected to further increase the number of threatened species because warming is likely to be faster than many species’ capacity for adaptation.

The law that dictates how threatened species are listed in Victoria, called the Flora and Fauna Guarantee Act, was reformed in 2019. 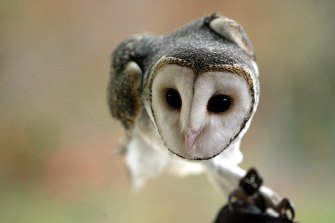 Very little is known about the elusive masked owl.Credit:Ray Kennedy

One of the key changes was to introduce a consistent national approach to assessing and categorising threatened species. The law changes also required the government to create an action statement for threatened species “within a reasonable time”.

Ellen Sandell, deputy leader of the Victorian Greens, described the new 2000-long threatened species list as a “wake-up call” for the state government.

“No doubt the department will say it’s all about recategorisation, but it can’t be written off as easily as this,” she said.

“Our threatened species are going backwards, and the Victorian government is not putting nearly enough funding or resources into protecting them.”

Even when action statements are completed they are still often not sufficiently priced, resourced or targeted to be effective, said Bruce Lindsay, a senior lawyer at Environmental Justice Australia.

“They simply haven’t got a plan in place to reverse that problem for a vast majority of those species,” he said. “They have been sitting on their hands forever and a day.”

“A consolidated list removes uncertainty and will help managers manage threats and prioritise actions to protect our most vulnerable species,” she said.


The inquiry has its final day of hearing on Thursday.