SOLDIERS WILL drive fuel trucks to ease the petrol chaos as the Army is sent in – but Boris Johnson has vowed the situation is improving.

Some 150 military drivers will be available to transport fuel around the country, it was confirmed tonight.

The Ministry of Defence approved the request for assistance and soldiers will start driving fuel lorries this week, Sky News reports.

The new development will see soldiers driving HGVs after the PM was urged to "act now" as thousands of Brits panic buy at petrol stations across the country.

Fights have broken out on forecourts and more than half of stations across the country have run out of fuel.

The PM told Brits to go about their business as usual – and rejected pleas for NHS and key workers to get priority to the petrol pumps.

Panic-buying Brits queued through the night for petrol as the PM faces mounting pressure to send in the army now to ease the spiralling fuel crisis.

He said in a telly clip this evening he understood the worries of the nation who have been unable to get their hands on much-needed fuel to get to work or see loved ones.

And he begged them to only fill up when they needed it to stop the situation from slipping out of control once again.

The PM insisted: "We now are starting to see the situation improve – we're hearing from an industry that supplies are coming back onto the forecourt in the normal way.

On getting through until the end of the year, he said: "We want to make sure that we have all the preparations necessary to get through til Christmas and beyond, not just in the petrol stations, but all parts of the supply chain."

He insisted the global economy bouncing back after Covid was sucking in a "huge amount of demand" for gas and deliveries.

The PM said his plans to relax the competition rules at petrol pumps, and giving temporary visas to truckers will help alleviate the pressure.

"People should be confident and go about their business," he added.

Desperate motorists reported long lines of cars at service stations across the country throughout the evening and into the early hours of the morning.

The PM slapped down suggestions that key workers should be allowed to jump the queue to fill up, saying: "the best thing for everybody is that we stabilise it in the normal way".

He resisted calls to expand the HGV licences for longer, saying it would help wages rise and stop cheap labour flooding into the country.

"I don't think people in this country want to fix all our problems with uncontrolled immigration, again.

"We tried that for a long time, 20 years… people could see that it was leading to a low wage, low skill approach without enough investment in people.

"That's not the way we want the UK to develop and grow." 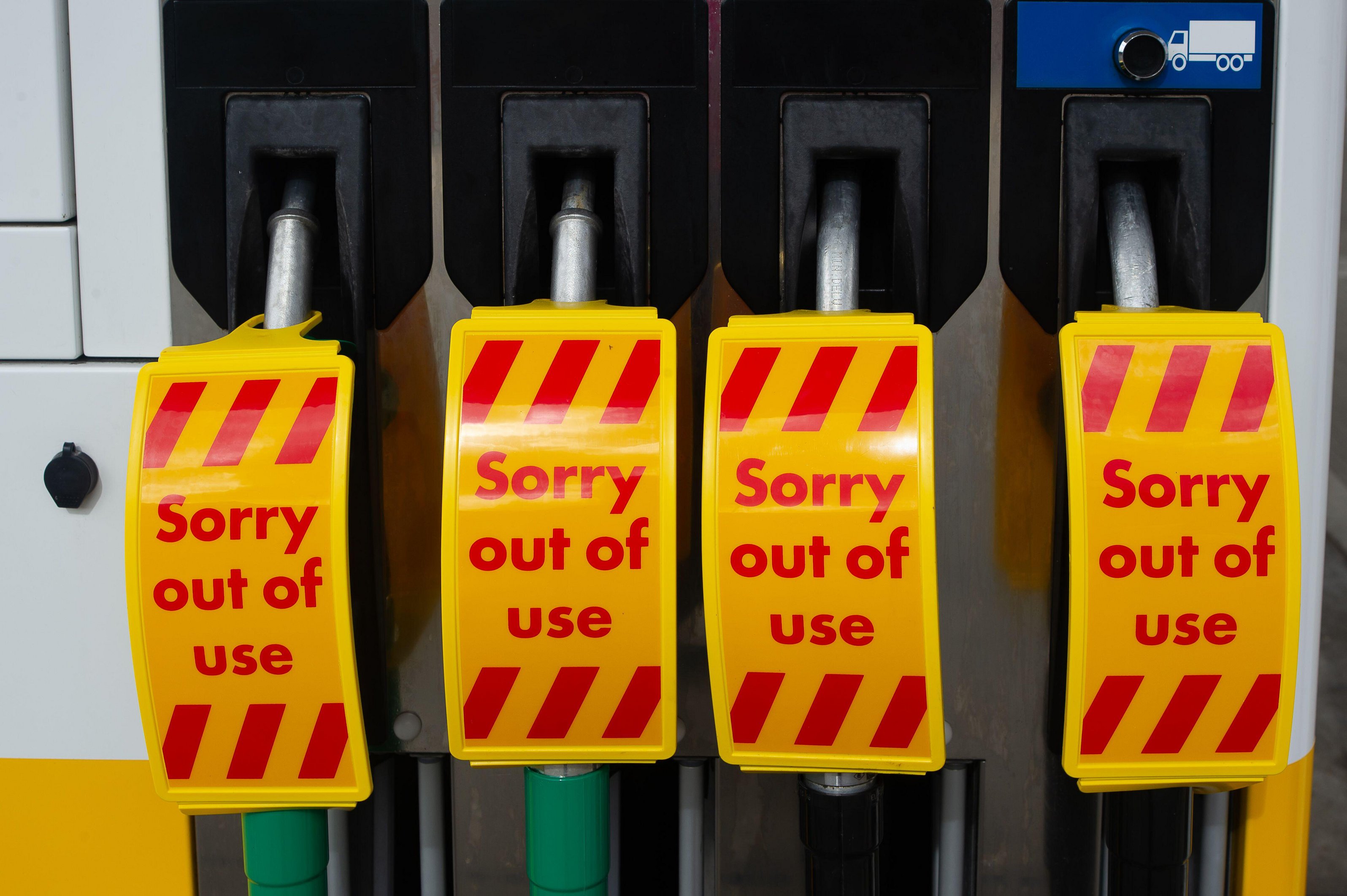