A member of a professional sky diving team has been killed after plummeting to earth during a pre-game show arranged by a Tennessee high school.

Richard Sheffield, 55, was part of a troupe of skydivers recruited to entertain spectators ahead of the Musket Bowl – an annual Washington County rivalry game between David Crockett and Daniel Boone high schools.

Footage from the scene shows Sheffield, an experienced skydiver whose whole family also enjoys the sport, attempting a stunt landing.

The trick appears to go wrong, and Sheffield falls from the sky into an area behind the stadium.

He was taken to hospital, where he was pronounced dead. 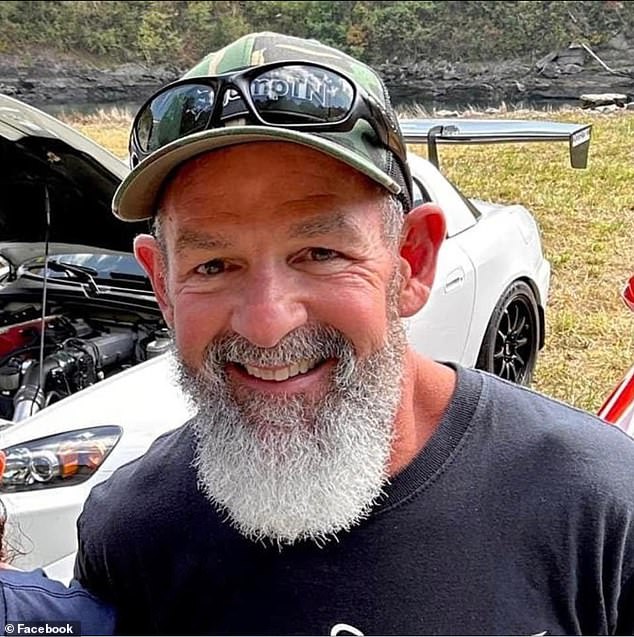 Richard Sheffield, a passionate skydiver, was killed on Friday while performing for a crowd in Tennessee 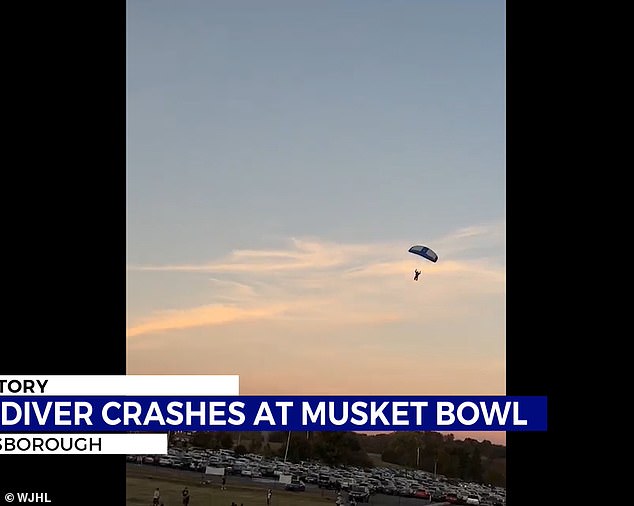 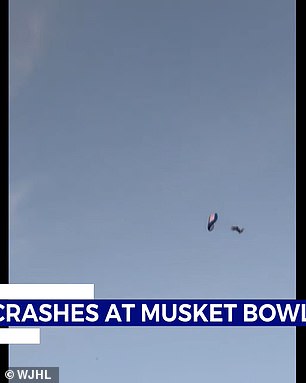 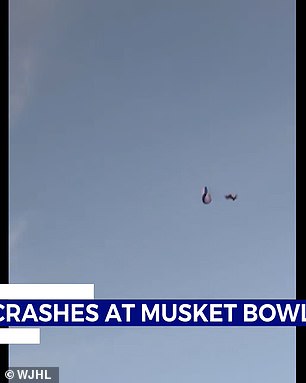 Sheffield appeared to attempt a stunt, which went wrong 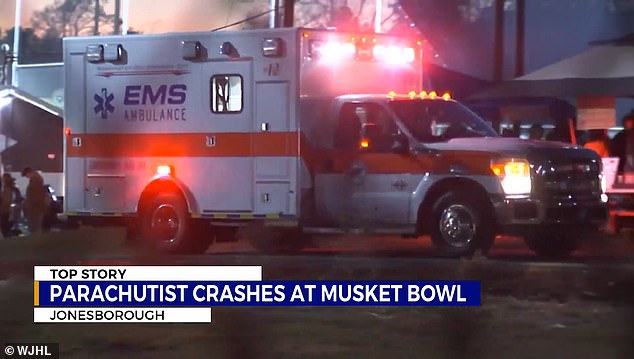 Sheffield was taken to hospital but was pronounced dead

‘Today just doesn’t feel real, and the hardest day of my life,’ his son Stacey wrote on Facebook.

‘Yesterday we lost one of the most important people in our lives, my Dad.

‘I’m so thankful for the relationship we had. We talked every single day, multiple times a day.’

Sheffield and his wife Kim were married for 38 years, and were parents to twin sons, Stacey and Casey.

Stacey added: ‘Being able to skydive with your Dad is another level of cool.

‘One thing Dad loved the most was going fast, and that’s how he went out.

‘People look at what we do and say it’s crazy, and well, maybe it is, but Dad lived a full life, and he taught us to do the same.

‘He made an impact on everyone he met.’

Sheffield’s son Stacey said: ‘One thing Dad loved the most was going fast, and that’s how he went out’ 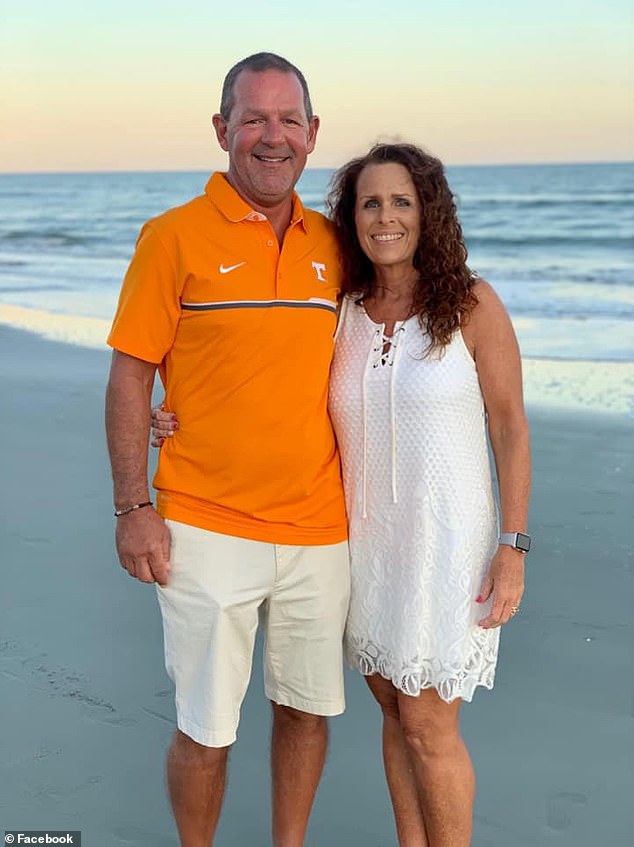 Sheffield was married to Kim for 38 years 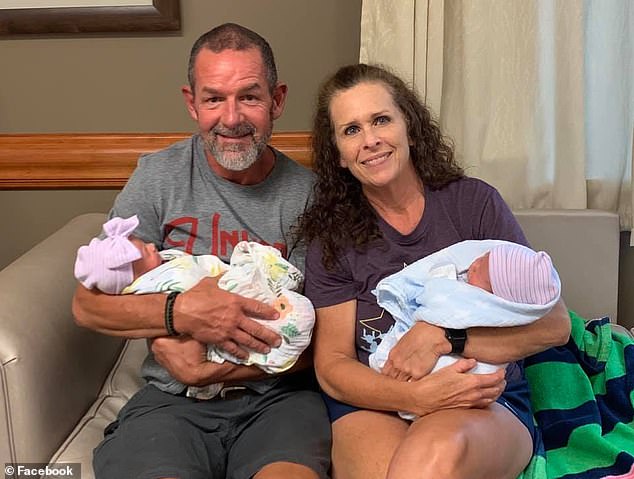 Sheffield was remembered as ‘the best Dad, husband, and Pops there was’ 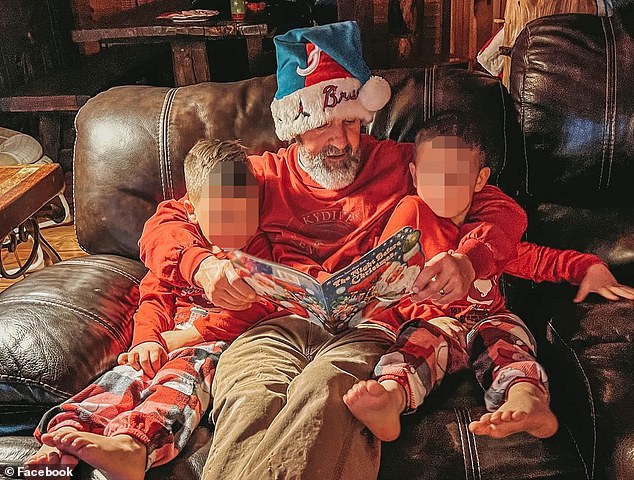 Sheffield is pictured with some of his grandchildren 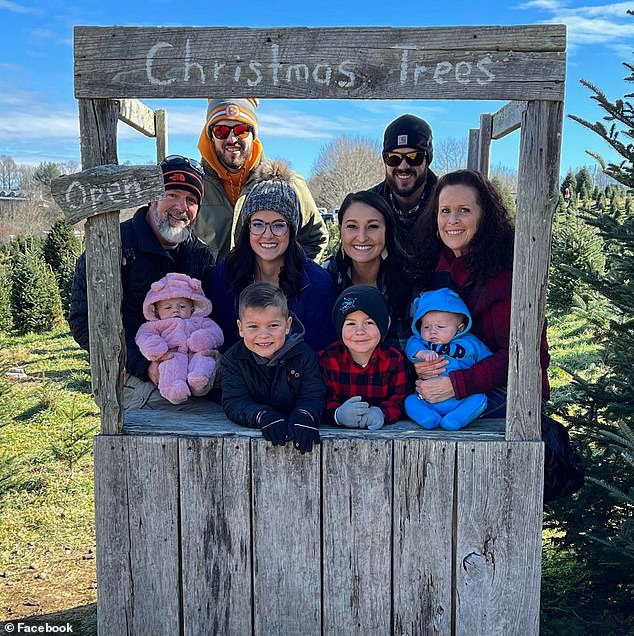 The Sheffield family are pictured at a Christmas event. His sons paid glowing tribute to their father

Stacey said his father was ‘country as hell, and people loved to make fun of the way he talked’ – adding: ‘But man, if I could just hear it one more time…’

He concluded: ‘He was the best Dad, husband, and Pops there was.

‘You may not have made it to 120 years like you always said, but you sure tried to get that out of 55.

‘Until we fly again, Dad. I love you. Blue Skies.’

Casey said their father taught them to skydive at the age of seven, and said he lived without regret.

‘To think I can’t just pick up the phone to call him doesn’t feel real,’ Casey said.

‘He was the first person I called when I needed help. He was the rock of our family.

‘He was the coolest, nicest, most bad ass dad around and we are so lucky to have the time with him that we did.

‘But one thing is for sure, he went out living, with NO REGRETS.’

Casey said his father was aware of the danger, but wanted to live life to the full.

‘He knew the risks, we all did.

‘But he loved to go fast, and that’s ultimately how he went out.

‘We loved flying together and I’m thankful to have shared the sky with him.’