‘It was our forever home’: Furious single mother slams government for causing ‘unnecessary heartache’ after she was forced to sell her dream three-bedroom house to make way for HS2 rail line that will now no longer be built

A single mother-of-two has attacked the government for causing ‘unnecessary heartache’ after she was forced to sell her ‘forever home’ on a housing estate that was set to be demolished to make way for a HS2 line that will now no longer be built.

Transport Secretary Grant Shapps confirmed in the Commons on Thursday that the eastern leg of HS2 was being scrapped, sparing a number of homes from demolition – including in Mexborough, South Yorkshire.

The Department for Transport announced in 2017 that 16 homes on the Shimmer housing estate in the town would need to be bulldozed to accommodate its plans, and bar owner Tara Wellard, a single mother of two girls, was one of those who had to sell.

When the HS2 route was confirmed, the 39-year-old sold her three-bedroom house at market value and moved to a different estate nearby.

However, now it has been cancelled, she has hit out at the government for causing ‘stress, sleepless nights and worry’.

To make matters worse, an email sent to local councillors from HS2’s engagement manager Michael Haughton suggested she and other residents wouldn’t be able to move back to their old homes.

It said: ‘Safeguarding remains in place along the full route, as does access to the range of HS2 property schemes. At this time, we do not expect any changes to safeguarding, or to eligibility for these schemes, unless and until different plans are confirmed.’

This means that Shimmer estate residents would not be able to get a mortgage if they want to return. 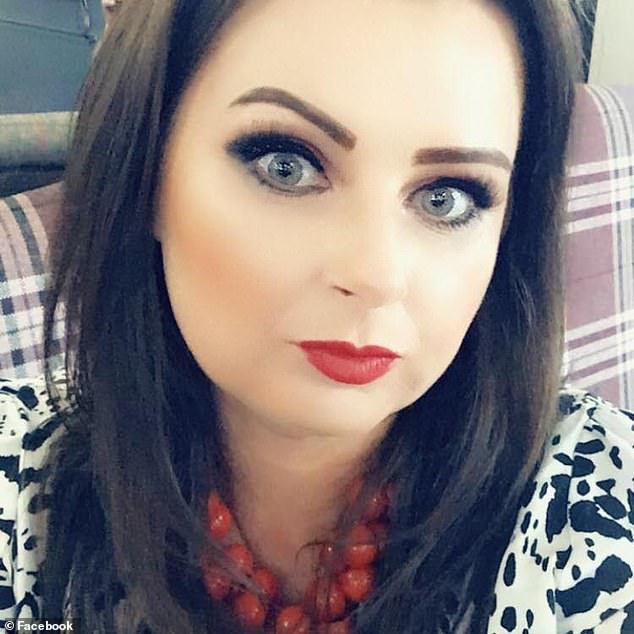 Tara Wellard, a single mother of two girls, was one of those who had to sell her property because of HS2 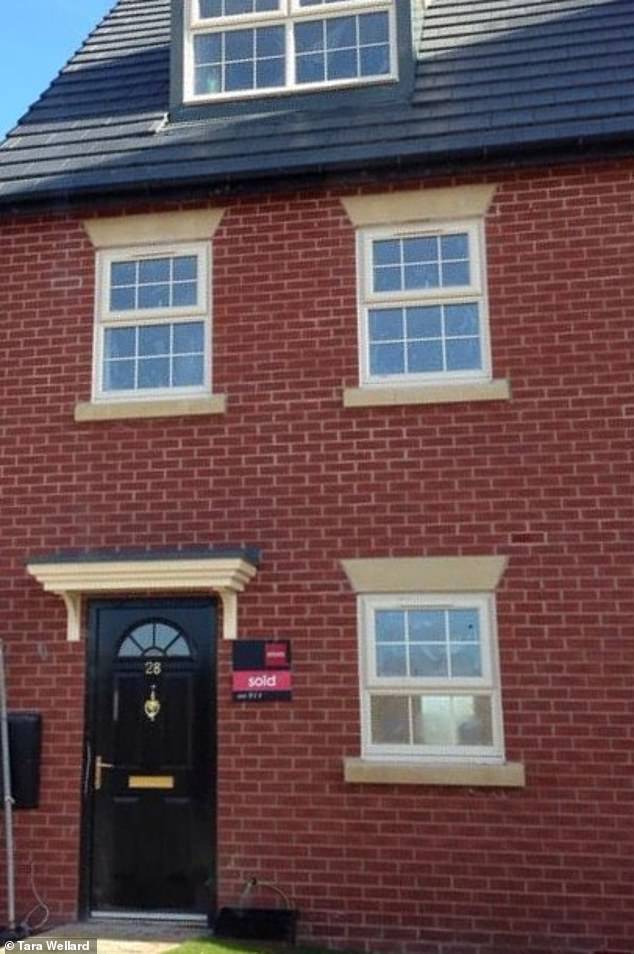 However, now it has been cancelled, she has hit out at the government for causing ‘stress, sleepless nights and worry’ after she lost her dream home (pictured) 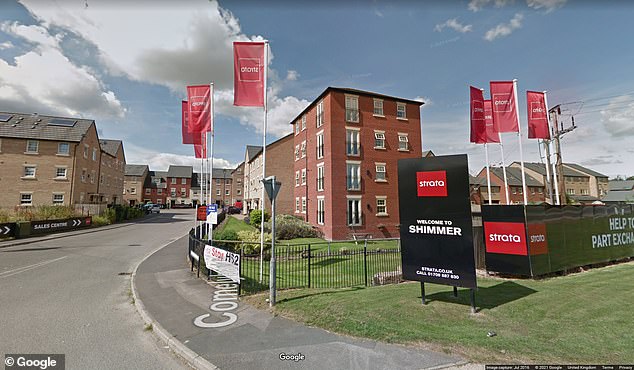 Ms Wellard said today:  ‘If HS2 wasn’t going through, I would still be in that house today… that’s not fair.

‘I still haven’t really recovered… I still drive past my house every single day, twice a day. I look and I think ‘God that was my forever home’.’

She also revealed she had to spend an extra £17,000 on her new house after selling her old property at market value.

Ms Wellard added that she would consider buying her house back if given the opportunity.

She said: ‘If our houses are now not going to get knocked down… we should have the first refusal on those houses.

‘What a waste. What a waste of money firstly but also me personally, all the stress, all the time I have had to have off work, the sleepless nights the packing up boxes.’

It’s been suggested that properties no longer required for HS2’s construction could be offered back to the former owners at current market value.

However, the email from Mr Haughton disputes this and a Department for Transport spokesperson said: ‘The Government has committed to further development work on the most effective way to run HS2 trains to Leeds.

‘Safeguarding of the previously proposed route will remain in place and all property acquired will continue to be managed by HS2 Ltd until conclusion of this work.’

Meanwhile, locals revealed that the estate had fallen into disrepair since residents moved out.

One renter told the BBC the site was ‘depressing’ and that the estate is dying with unfinished roads and overgrown gardens. 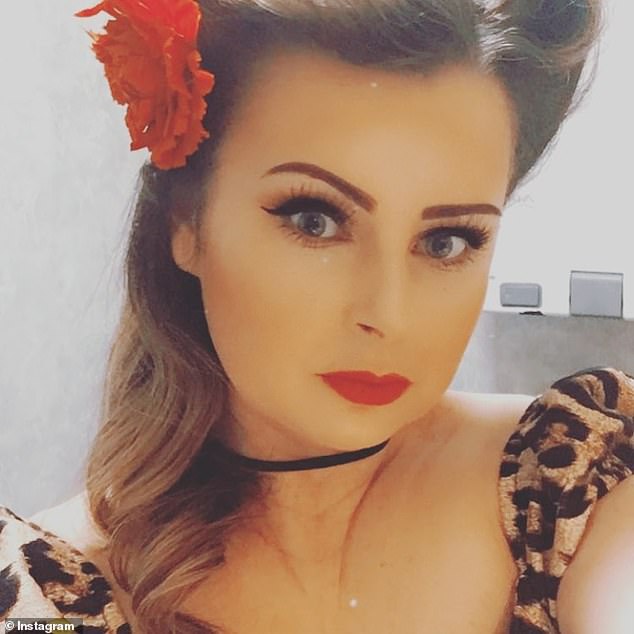 Ms Wellard said today: ‘If HS2 wasn’t going through, I would still be in that house today… that’s not fair’ 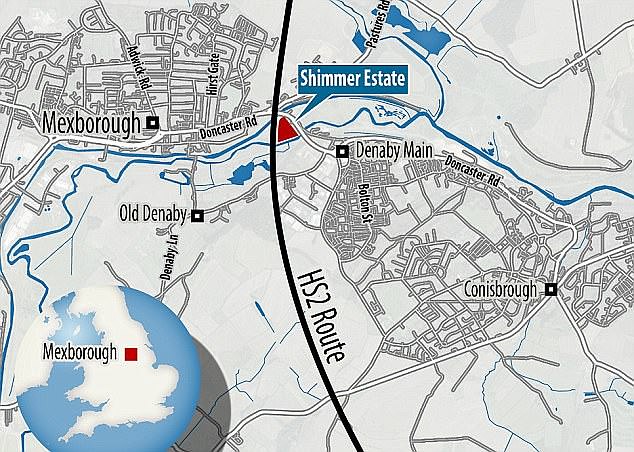 ‘This estate has been in turmoil,’ councillor Sean Gibbons said. ‘There’s only one or two homeowners who are still here.’

‘You’ve got representatives of the government bullying them into taking a deal they don’t want. That’s how they’ve approached it.’

He also told the Guardian: ‘We only know of two of the original owners who stayed put.

‘People have suffered massively through the stress of this. There’s people who’ve had breakdowns, they’re on medication, and then they turn on the TV and see MPs laughing and shouting about all of this in the House of Commons. It’s a disgrace.’

Grant Shapps today shrugged off a Tory outcry over axing key rail lines in the North – amid claims passengers will now face ‘many years’ of delays and misery.

Despite repeated commitments from Boris Johnson and other ministers, the Transport Secretary flatly denied that promises had been broken after the HS2 extension and Northern Powerhouse line to Leeds were abandoned.

And he risked inflaming the burgeoning Conservative civil war by accusing critics of ‘completely misleading people’ about what was being proposed.

The bullish stance came as rail experts warned that the decision to upgrade whole stretches of existing track instead of building new lines would by ‘massively disruptive.

Richard Bowker, former chair of the Strategic Rail Authority, said it looked like the government was hoping to save about £40billion, but that might be optimistic and there would be ‘consequences’ for travellers. 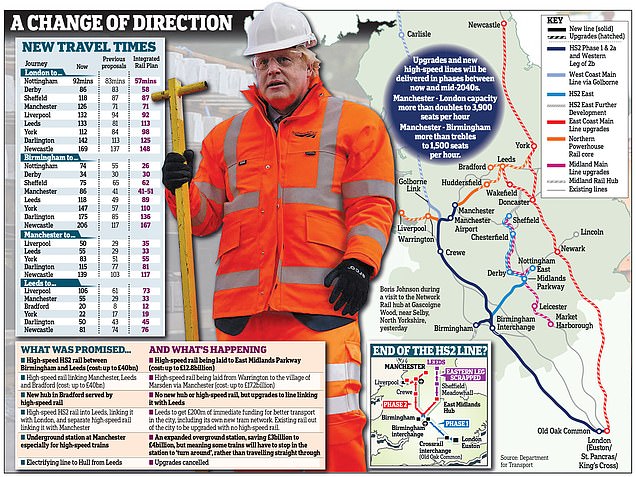 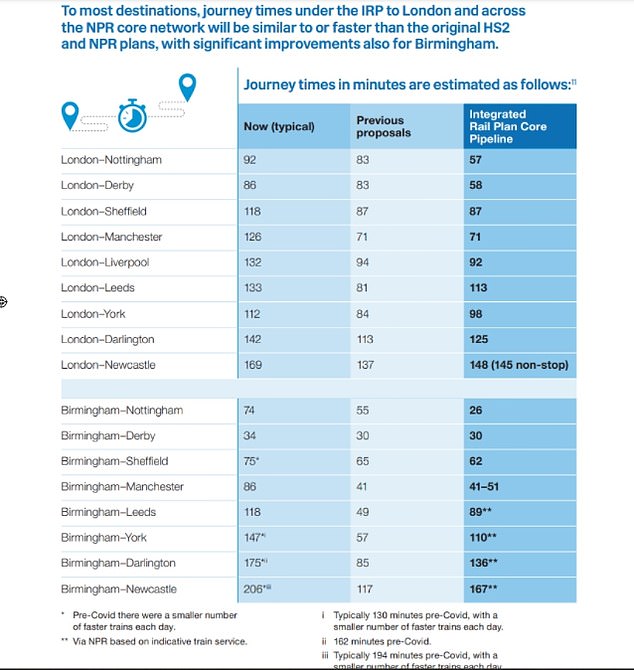 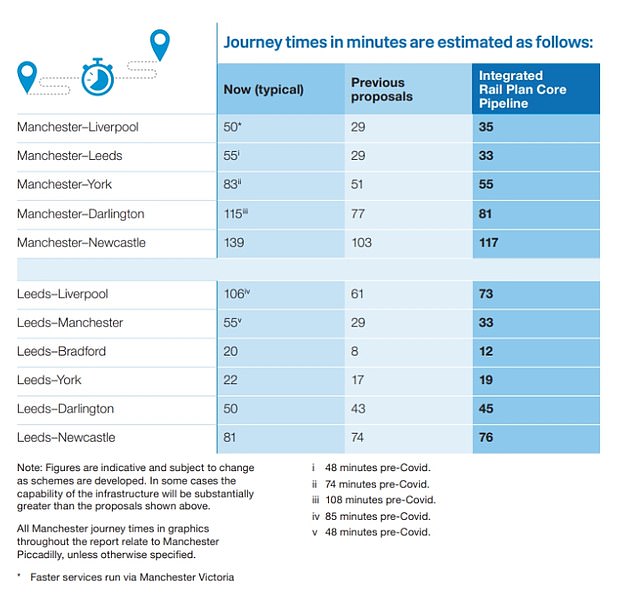 ‘It will mean an extraordinary number of weekend engineering works, service changes and no doubt plenty of dreaded rail replacement buses.

‘It can take many years. And don’t be fooled by the idea that upgrading the existing network is a simple fix to building new lines. It is the precise opposite.’

Conservative MPs joined northern leaders in a furious backlash against the long-awaited Integrated Rail Plan, which the PM tried to defend as an ‘ambitious and unparalleled’ overhaul of inter-city links across the North and Midlands.

Mr Johnson was accused of over-selling and under-delivering on his pledge to ‘level up’ the country by his own MPs, some of them in Red Wall seats.

Keir Starmer seized on the meltdown today accusing the government of putting forward a ‘second-class option’.

‘The Government has ripped up those promises and betrayed people in the North. I was in Bradford yesterday and the anger is palpable,’ Sir Keir told BBC Radio 5 Live.

‘People feel very strongly that promises have been made to them and they have just been ripped up. The idea that ‘levelling up’ is anything more than a slogan has absolutely blown away by what happened yesterday.

‘Trying to upgrade what you have got is a second-class option for the North.’

Tory chairman of the transport select committee Huw Merriman told the chamber: ‘The PM promised that HS2 and Northern Powerhouse Rail was not an ‘either or’ option. Those in Leeds and Bradford will be forgiven for viewing it today as neither. This is the danger in selling perpetual sunlight and then leaving it to others to explain the arrival of moonlight.’

‘Of course, there are going to be people who, you know, always want everything at once.

‘And there are lots of people who’ll say, ‘look, what we should do is carve huge new railways through virgin territory, smashing through unspoilt countryside and villages, and do it all at once’.

‘The problem with that is those extra high-speed lines take decades and they don’t deliver the commuter benefits that I’m talking about. We will eventually do them.’

Robbie Moore, MP for Keighley in West Yorkshire, said he was ‘bitterly disappointed’ at his constituents being ‘completely short-changed’.

He added: ‘We are one of the most socially deprived parts of the UK and we must get better transport connectivity. I still want to see Northern Powerhouse Rail delivered…We need to do much, much more. Economic prosperity relies on good transport links.’

Fellow Conservative Kevin Hollinrake, MP for Thirsk and Malton, said the impact of the U-turn would be felt for ‘generations’ and that scaling back high-speed rail in the North was a ‘missed opportunity’ for some cities.

Former minister Sir Edward Leigh, the Tory MP for Gainsborough, said the axing of HS2’s eastern spur meant the project was now ‘a white elephant missing a leg’. He added: ‘We were promised it would relieve congestion on the east coast mainline because it was going to go to Leeds.’

Some 30 northern mayors and leaders, including Manchester Mayor Andy Burnham and the Tory leader of Bolton Council, Martyn Cox, wrote to Mr Johnson demanding he put his plans to a free vote in the Commons.

The letter said: ‘Your decision, contrary to your ambition to ‘level-up’ the North, runs the risk of holding back our regional economies and compromising our plans to cut carbon emissions, just days after Cop26.’

HS2’s ‘western leg’, which links Birmingham with Manchester, will go ahead in full, along with a spur up to Wigan to connect trains to the West Coast main line and up to Scotland.