FIVE men have been hospitalised and six others have been arrested after a horrific street brawl in Luton.

Shocking footage of the incident shared on social media shows a large crowd beating each other with chairs and baseball bats near Dunstable Road in the Bury Park area on Monday evening. 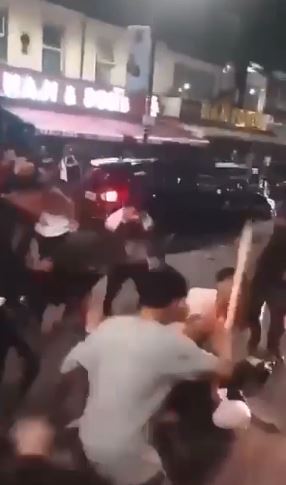 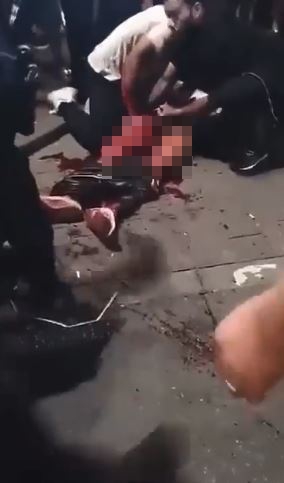 The violence continued to escalate before the mob descended upon one individual, who was pushed to the floor and punched, kicked, and pelted with numerous objects.

Pools of blood can be seen on the street and one man can be heard shouting "There's blood everywhere!" as the sickening brawl continues.

As a few onlookers attempted to intervene in the carnage, one man appears to hold a large blade while kicking a man on the floor.

The video shared on Twitter then cuts to an individual on the floor, bleeding heavily from his legs.

Police are then filmed arriving on the scene as they tell the herd of people to move away as they assist the victim.

Bedfordshire Police said none of the wounded have life-threatening injuries, but they administered first aid at the scene to one "badly injured" person. 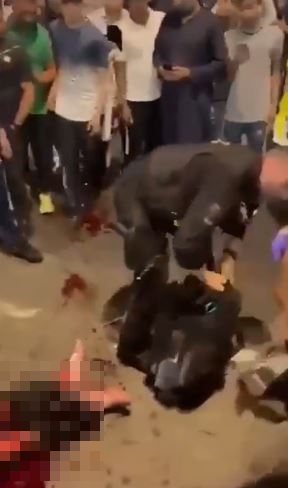 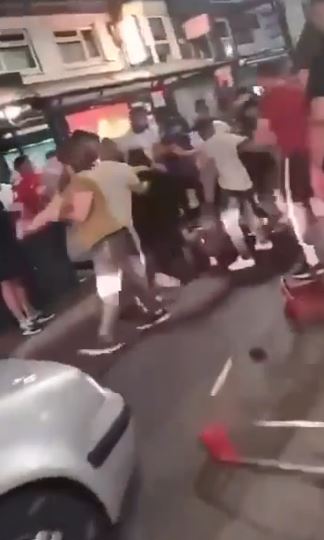 Cops described the incident as "disgusting behaviour" and said the surrounding area resembled a "war zone".

Roads in the Dunstable Road area are expected to remain shut for the rest of the day after they were closed shortly after midnight.

It is unknown what sparked the horror brawl, which came the same day millions of Brits took to bars and pubs as all remaining lockdown rules ended.

A spokesman for the force said: "We remain in the Bury Park area this morning (Tuesday) following a violent disorder last night.

"We attended the scene and made several arrests, as well as administering first aid to someone who was badly injured.

"Five men were taken to hospital, although none of their injuries are life-threatening.

"We understand that people might be concerned, but there will be police officers in the area today as we continue our investigation, as well as carrying out additional patrols to provide reassurance." 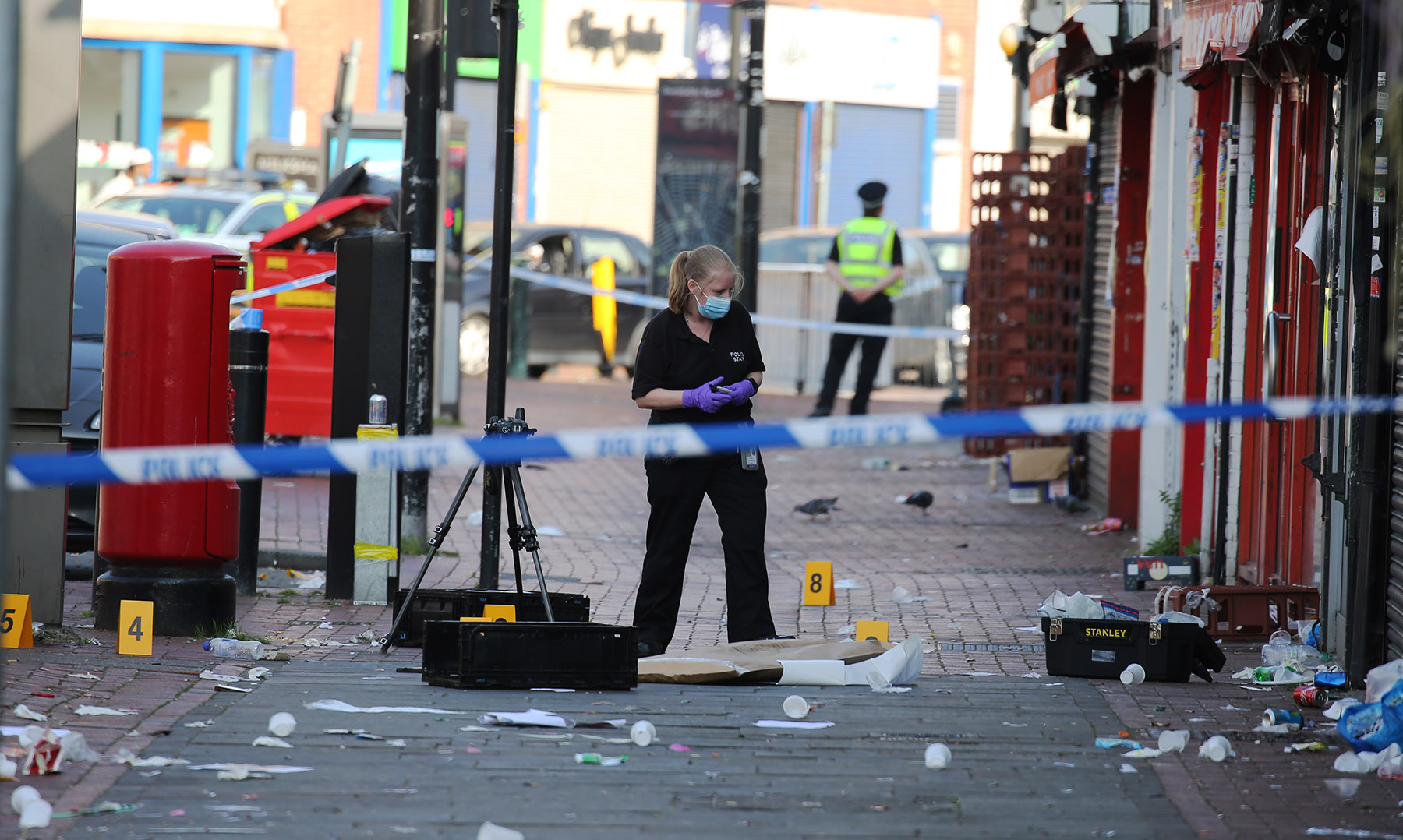