THIS is the shocking moment MSNBC reporter Shaquille Brewster was attacked by a driver live on air as he reported on Hurricane Ida in Mississippi.

NBC News' Shaquille Brewster was reporting live on the aftermath of Hurricane Ida from Gulfport, Mississippi when he was approached by an angry man. 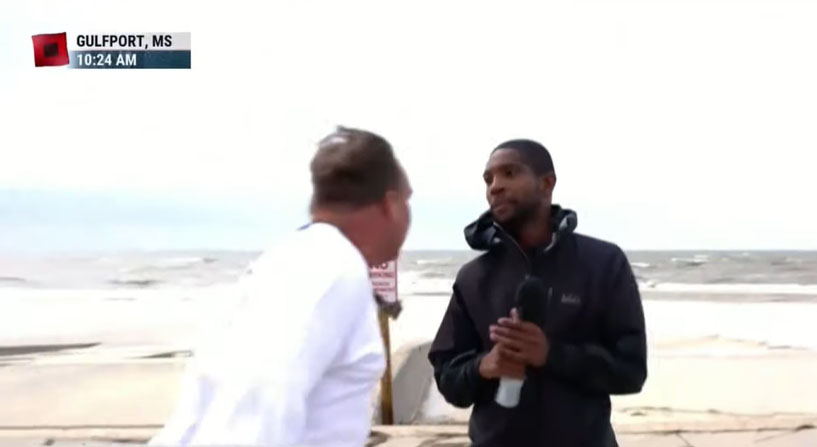 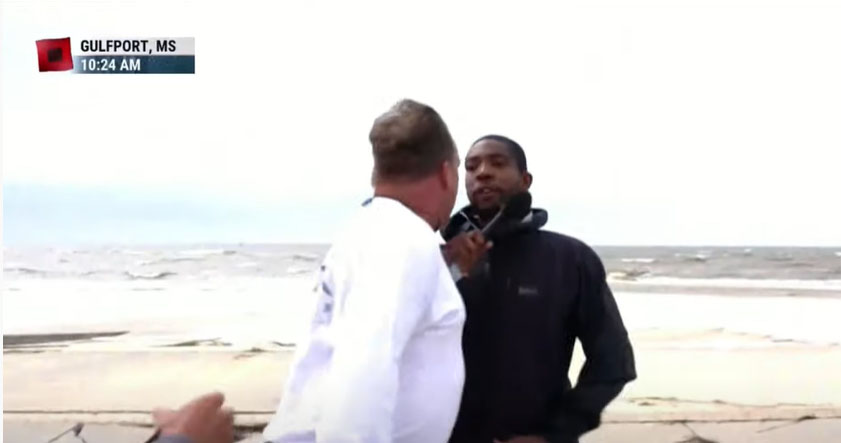 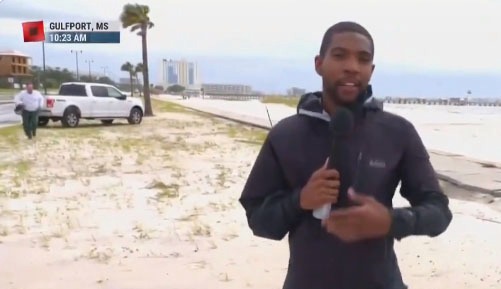 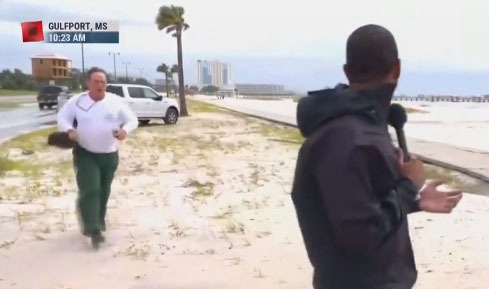 The video clip, shared on Twitter Monday morning, shows a man pulling up in the distance in a white pickup truck while Brewster was reporting live on air.

As Brewster talked about how he saw postal workers delivering mail this morning and how people were walking their dogs back on the beach after the major storm, the man is seen running up to him from behind.

"The rain has stopped, the wind is still going there. I think we even have a random person going around," Brewster said as the crazed man neared him.

The man who ran up to Brewster was heard asking something about "reporting this accurately" as he got closer.

But Brewster reacted calmly and told his live viewers: "You know, I'm going to turn this way because we deal with some people every once in a while."

The 28-year-old reporter then continued on with his report about curfews remaining in effect.

As he continued on with his report, the mad man's loud voice is heard in the background.

"Craig, I'm gonna toss it back to you because we have a person who needs a little help right now," Brewster told MSNBC anchor Craig Melvin, just moments before the unknown man stepped in his face.

Melvin continued: "We're going to check in with Shaq Brewster just to make sure all is well.

"We'll make sure Shaq's OK and we'll update you here in just a few moments."

Shortly after the incident, Brewster took to Twitter to give an update.

He wrote: "Appreciate the concern guys. The team and I are all good!"

The incident comes as the death toll from Tropical Storm Ida is expected to rise as hospitals in Louisiana reach breaking point and pictures taken overnight reveal the extent of its devastation.

At least one man has died and blackouts have hit New Orleans since the storm made landfall as a hurricane on Sunday.

Louisiana Governor John Bel Edwards said on Monday that he expects Ida's death toll to "go up considerably throughout the day."

He told MSNBC: "We have one confirmed death, but I don't want to mislead anyone. Robust search and rescue is happening right now, and I fully expect that death count will go up considerably throughout the day."

The White House said: "more than 3,600 FEMA employees are deployed, 17 urban search and rescue teams are staged…and…hundreds of air and ground ambulances are staged."

Texas Governor Greg Abbott confirmed his state would be sending "emergency resources & personnel to Louisiana to assist with the aftermath of Hurricane Ida."

He added: "We will never forget the kindness, generosity, & support offered by Louisiana during Hurricane Harvey four years ago. When neighbors help neighbors, America is stronger."