The royal palace had up until now refused to reveal where Juan Carlos is living, saying he would announce it himself. 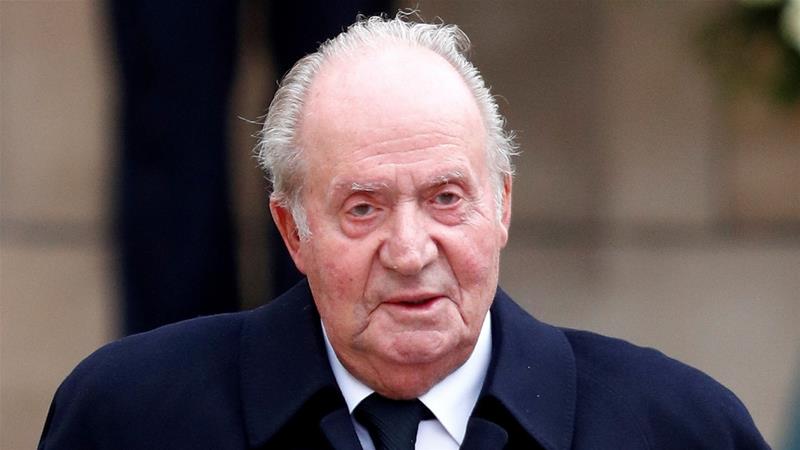 Juan Carlos, the former king of Spain who went into exile this month in the face of corruption allegations, is in the United Arab Emirates, the royal palace said on Monday, ending the mystery on his whereabouts.

The 82-year-old “travelled to the United Arab Emirates on August 3 and he remains there”, a spokesman said without giving further details.

In a surprise move, Juan Carlos announced on August 3 that he was leaving Spain to prevent his personal affairs from undermining his son King Felipe VI’s reign, but did not say where he would be going.

The royal palace had up until now refused to reveal where Juan Carlos is living, saying he would announce it himself if necessary.

While pro-monarchy Spanish daily ABC had reported that the former king had travelled to Abu Dhabi, other media said he was in Portugal, where Juan Carlos spent part of his youth, or in the Dominican Republic.

While Juan Carlos is not under formal investigation, revelations by a former mistress, German businesswoman Corinna Larsen, raise legal questions about his financial affairs which officials are looking into in Spain and Switzerland.

The suspicions centre on $100m which the late Saudi King Abdullah allegedly deposited into a Swiss bank account in 2008 to which Juan Carlos had access.

Prosecutors at Spain’s Supreme Court are looking into claims made by Larsen that Juan Carlos received kickbacks for a Saudi high-speed rail contract, which was awarded in 2011 to a consortium of Spanish companies.

Juan Carlos, who has long had warm relations with the Gulf monarchies, ascended the throne in 1975 on the death of the fascist dictator Francisco Franco and ruled for 38 years before abdicating in favour of his son Felipe VI in June 2014.

He was a popular figure for decades, playing a key role in the democratic transition from the Franco dictatorship which ruled Spain from 1939 to 1975.

A majority of Spaniards, 56.2 percent, feel his decision to move abroad is “misguided”, according to a poll of 802 people published on Sunday in the daily ABC, with only 25.4 percent saying it was the right step.

An even greater number of Spaniards, 60.9 percent, believe his self-imposed exile is harmful for his son, the current King Felipe VI, according to the poll of 802 people carried out from August 10 to 14.

Since ascending to the throne in 2014, King Felipe VI has taken steps to improve the monarchy’s image, such as imposing a “code of conduct” on royals.

Earlier this year, he stripped his father of his annual allowance of nearly 200,000 euros (about $237,000) after new details of allegedly shady financial dealings emerged.

When was it we all began to regard dying as such a failure?

4 mins ago
We and our partners use cookies on this site to improve our service, perform analytics, personalize advertising, measure advertising performance, and remember website preferences.Ok