A leading headteacher is urging ministers to restart the current school year from scratch in September because remote learning is markedly less effective.

Katharine Birbalsingh believes pupils should redo the entire year when they can be back in classrooms with teachers who are no longer forced to grapple with Zoom.

She warned that teachers were covering as little as 20 per cent of the content they would usually manage in a classroom, meaning pupils preparing for exams were in a ‘dire situation’.

But her intervention comes only a day after Education Secretary Gavin Williamson hailed remote classrooms as a ‘major achievement’ and a ‘revolution in learning’. 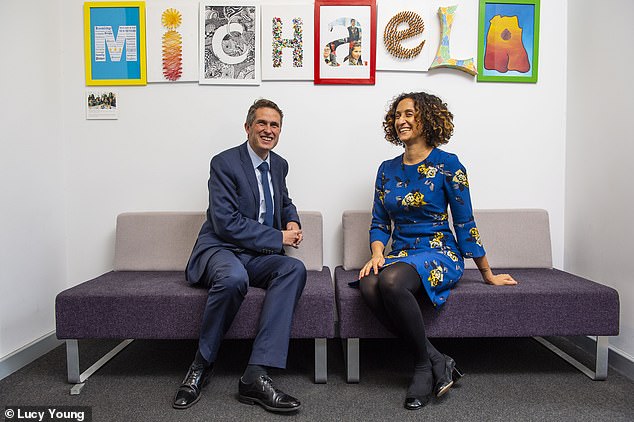 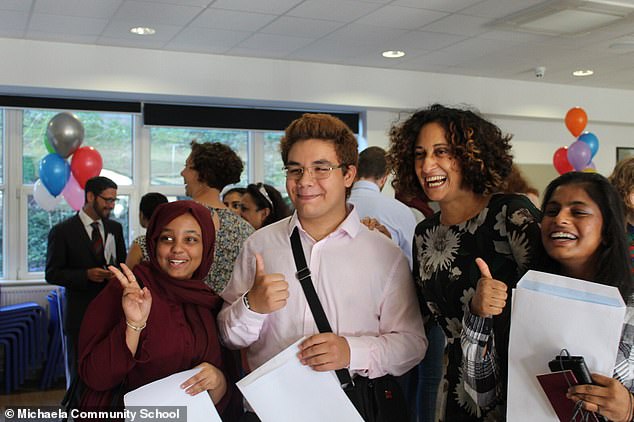 Ms Birbalsingh, who founded Michaela Community School in Wembley, north London, told the Telegraph: ‘For an online lesson, they probably manage about 20 per cent of what they would normally have accessed. So in terms of the actual lesson, the teacher cannot give as much content.

‘They just can’t, because of the awkwardness of being online, muting, un-muting, getting on, etc. The minutes just aren’t the same. So a minute is like half a minute.’

The headteacher, 48, who famously made waves after tearing into Britain’s education system at the 2010 Conservative Party Conference, suggested the UK should mimic the Indian government in making pupils resit the whole school year.

‘I actually think we are arriving at that point in this country,’ she said.

‘And it’s something we should consider, that all children should redo the year.’ 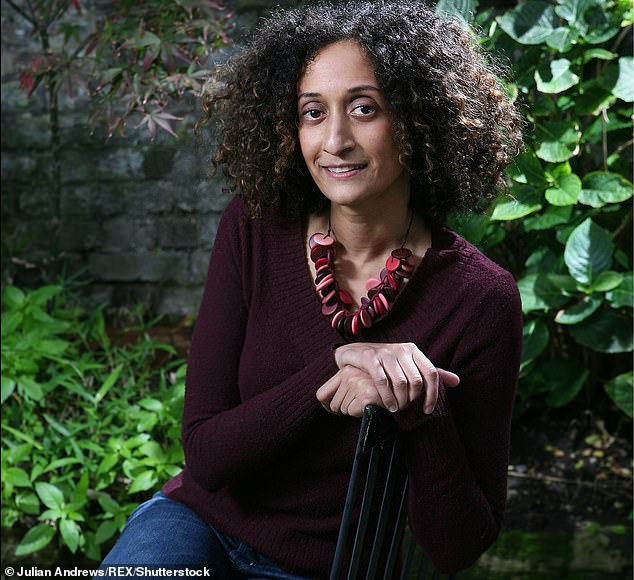 She warned that teachers were managing to cover as little as 20 per cent of the content they would usually work through in a classroom, meaning pupils preparing for exams were in a ‘dire situation’

Boris Johnson has marked out children’s ongoing education as a ‘national priority’ throughout the pandemic.

But an 11th-hour U-turn to close schools in January and a row over meagre free school meals parcels left parents and industry leaders reeling.

In a speech to the Education Policy Institute, Mr Williamson assured that quality education was continuing while schools were shut.

He said: ‘Schools are now routinely delivering high-quality teaching for up to five hours a day to children who are learning at home.

‘This is giving them a better chance to keep pace with what they would have been learning if they’d been in school.’

He added: ‘Thanks to one of the world’s largest hardware shopping expeditions, we have purchased an additional 1.3million devices.

‘Of these, we’ve already delivered an additional 800,000 laptops and tablets and nearly 240,000 have gone out to schools since the start of this month. 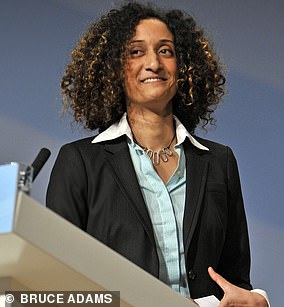 The school has been described as the strictest school in Britain for its tough rules pupils are expected to obey.

Ms Birbalsingh sparked a backlash from parents in 2019 after telling them to ‘back the teacher’ when pupils ‘accuse them of being racist’.

On Twitter, under the name Miss Snuffy, she describes her views as ‘small c conservative’.

But she did speak at the Conservative Party conference in 2014, where she exposed shocking failures in Britain’s ‘broken’ education system.

The remarks cost her her job as deputy head at a school in Camberwell.

If there wasn’t a scramble to get vaccinated before, the CDC’s newly-issued recommendations may ignite one. On Monday, the Centers for Disease Control issued its...

Many Bitcoin strategists and investors started 2021 with deep-rooted convictions that the US dollar would weaken. But so far into the year, their predictions have...

A number of indicators suggest that Bitcoin (BTC) is pushing aside gold as the premier safe-haven asset. This could set the stage for wider mainstream...

FILE PHOTO: A 3D plastic representation of the Facebook logo is seen in this illustration in Zenica, Bosnia and Herzegovina, May 13, 2015. REUTERS/Dado Ruvic...