At least nine COVID-19 patients have died after a blaze ripped through a hospital in Romania.

The country’s health ministry reported that they were among 113 patients in the medical unit of Constanta’s Hospital for Infectious Diseases when the fire broke out earlier today.

Pictures of the scene show firefighters smashing windows of the hospital to reach people trapped inside as thick black smoke billowed from the building. The flames were quickly extinguished and all other patients were evacuated.

The health ministry added in a statement that more details about the fire would be revealed at a later news briefing.

It is not yet known how the fire started. 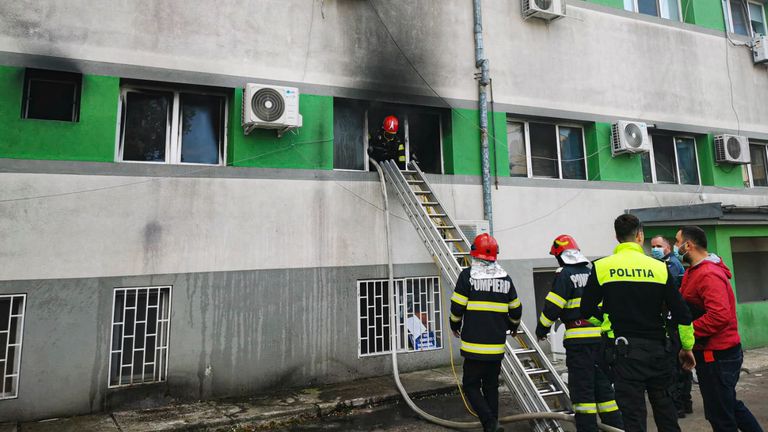 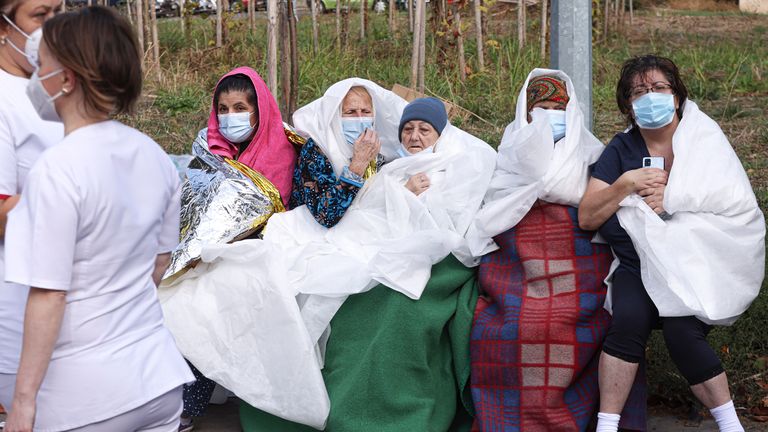 It comes after Romania was hit by two other deadly hospital fires during the last year.

In November 2020, 10 people died when a fire broke out at an intensive care unit for COVID-19 patients in the northern town of Piatra Neamt.

And another fire killed five people after ripping through a ward at Bucharest’s Matei Bals hospital in January.

He added tragedies like it “must not happen again”. As of Thursday, more than 12,100 COVID-19 patients – including 315 children – were being treated in Romanian hospitals, with 1,364 in intensive care, according to the latest figures.

The rising numbers have sparked concern, as the EU state has the second-lowest vaccination rate in the bloc.

Romania had struggled with its health care system before the pandemic started last year, due to corruption and politicised management.

Over the last 30 years, only one new hospital has been built.

The dire situation has resulted in tens of thousands of doctors and nurses emigrating to other countries.