Homicide detectives are investigating the stabbing death of a man at a Dandenong South caravan park on Saturday night.

The man has yet to be formally identified and was found at a caravan park on the South Gippsland Highway at about 10pm. 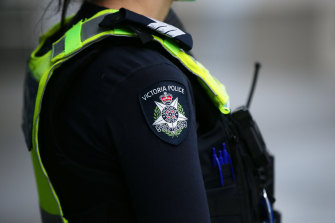 He died of his wounds at the scene following what police believe was an altercation between several people.

Detectives have set up a crime scene and are continuing to investigate, they believe the people in the altercation were known to each other.