Plans to remove firearms protection from VIPs at risk of attack are ‘lunatic’ and should be reviewed urgently by the Home Office, senior policing figures warned last night.

These include the replacement of royal and ministerial bodyguards’ guns with Tasers, which is already taking place. 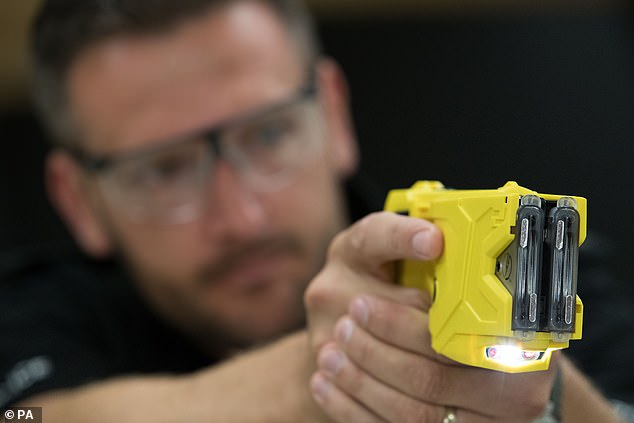 Downgrading VIP protection measures – codenamed Option 5 – has alarmed officers in the Royalty and Specialist Protection command, who wrote the report. A Taser is seen being demonstrated above

But a police Taser failed to incapacitate a knifeman who seriously wounded six people in Glasgow last week. He was shot dead by a firearms officer.

Downgrading VIP protection measures – codenamed Option 5 – has alarmed officers in the Royalty and Specialist Protection command, who wrote the report.

It has also been challenged by former commanders, one of whom said even a police baton was more effective than a Taser against an assassin.

Dai Davies, former head of the Met’s Royalty Protection Command, said: ‘In all my years’ involvement in policing and security matters this is one of the most lunatic ideas I can recall.

‘It’s an example of the abject failure of the police high command to get a grip of risk and threat. There must be a review.’

Kevin Hurley, ex-head of counter-terrorism with City of London Police, said: ‘Whether the decision is down to Metropolitan Police leadership or the Home Office, it is stunningly inept and I would guess has been made by someone who has never faced a man with a knife or gun.’

Yet the findings continue to be ‘ignored’ by senior officers and the Home Office, sources told the Mail.

Mr Hurley said: ‘A Taser is designed to deal with the threat of a stationary knifeman. If someone runs at you with a knife you are better to draw your baton and create space. You do not take anything less than a gun to a knife fight.

‘Priti Patel, the Home Secretary, should order an urgent review into the decision to downgrade VIP protection.’ 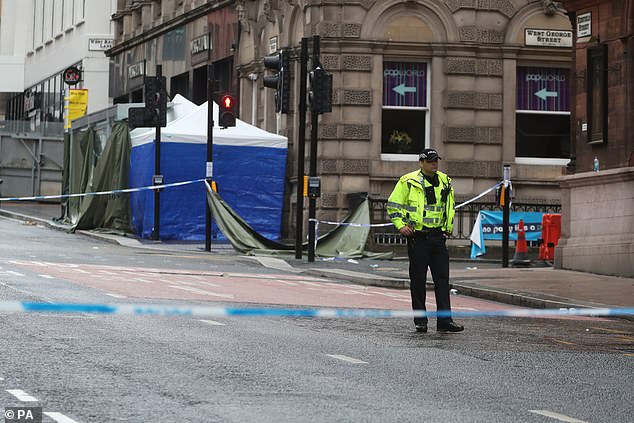 A police Taser failed to incapacitate a knifeman who seriously wounded six people in Glasgow last week. He was shot dead by a firearms officer. An officer is pictured at the scene