A woman was duct taped to her seat on an American Airlines flight after she allegedly tried to open a plane door and bit a flight attendant.

The disturbing incident was caught on camera by a fellow passenger on the American Airlines flight from Dallas to Charlotte on July 6.

The restrained passenger – who has not been identified – was thought to have suffered a ‘mental health episode’ about two hours into the three hour trip. 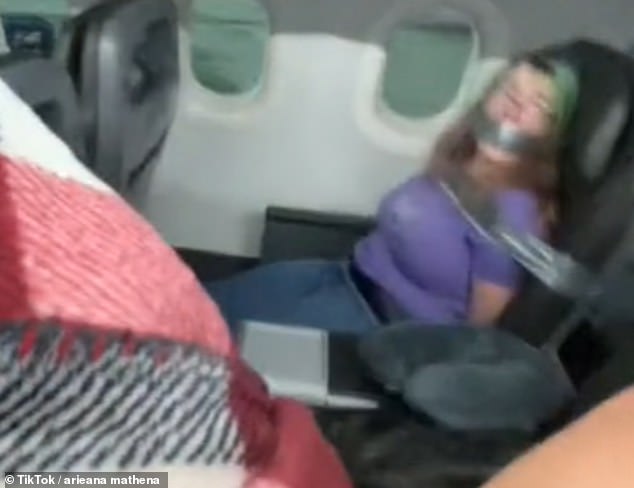 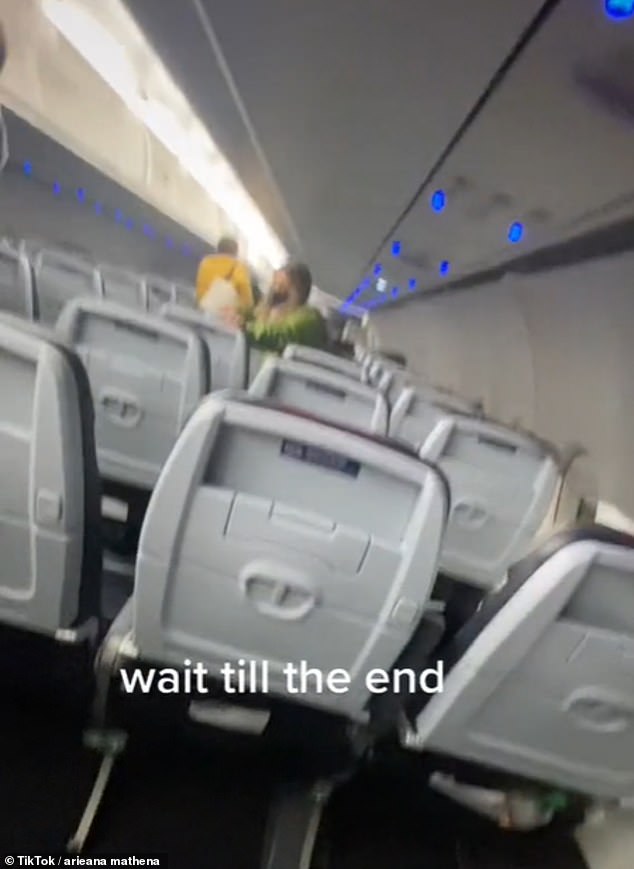 TikTok user @lol.ariee, Arieana Mathena, said that it was clear something was happening toward the front of the plane and began locking the bathroom doors.

She said the crew began frantically running up and down the aisle in an attempt to secure the plane as best they could.

Eventually, the captain made an announcement and told passengers to stay in their seats mentioning only that there was a problem towards the front of the aircraft.

After the plane landed, the woman could be seen still duct taped to her seat complete with tape placed directly over her mouth.

She was forced to stay in her seat as other passengers were allowed to disembark from the plane.

Paramedics were also seen standing by with a stretcher at the gate.

American Airlines confirmed in a statement that the passenger was ‘restrained’ after causing crew members concern. 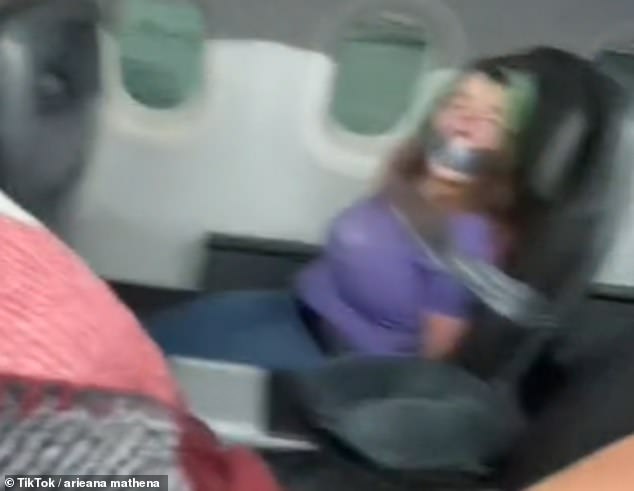 TikTok video footage clearly shows the woman restrained by duct tape over her chest and even across her mouth. Nevertheless she was still able to scream

‘While in flight from Dallas-Fort Worth to Charlotte on July 6, the crew on board American Airlines flight 1774 reported a potential security concern after a customer attempted to open the forward boarding door and physically assaulted, bit and caused injury to a flight attendant,’ a statement read.

‘For the safety and security of other customers and our crew, the individual was restrained until the flight landed at CLT and could be met by law enforcement and emergency personnel,’ the statement continued.

The woman was taken to a hospital for a mental health evaluation, before being placed on American Airlines’ no-fly list.