Only a fifth of workers are back in the office for five days a week: Commuters turn to ‘hybrid working patterns’ to save money by working from home

Just one in five people is back in the office five days a week as Covid restrictions ease, a new poll has revealed.

Commuters say they are turning to ‘hybrid working patterns’ because they can save money by cutting their commute.

Others say they are still avoiding the office because they fear catching Covid on public transport.

In the survey of 1,000 London commuters by transport app TUBR, only 20 per cent say they are in the office five days a week. 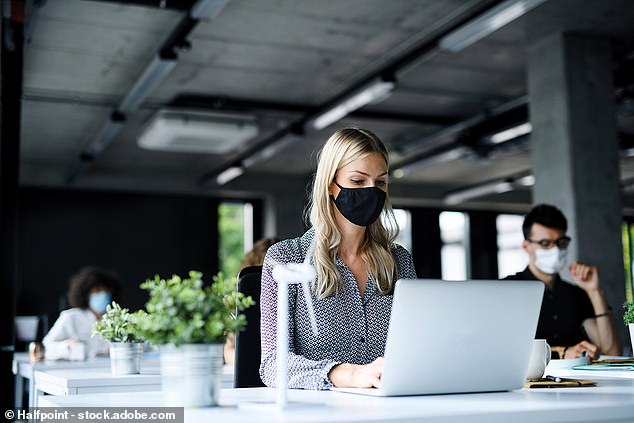 Forty-two per cent of respondents are in for ‘one or two days a week’ and spend the rest of their time working from home. A further 14 per cent have no plans to return to the office at all.

Boris Johnson has urged workers to get back to the office or risk being ‘gossiped about’, adding: ‘For young people in particular, it’s really essential to be in. If you are going to learn on the job, you can’t just do it on Zoom.’

The poll found that Monday was the most common day for employees to go to work and Friday saw the fewest commuters.

More than two-thirds of respondents said they would be more likely to travel into the office if mask-only carriages were introduced in trains. Sixty per cent said a return to making masks mandatory would encourage them back to commuting. 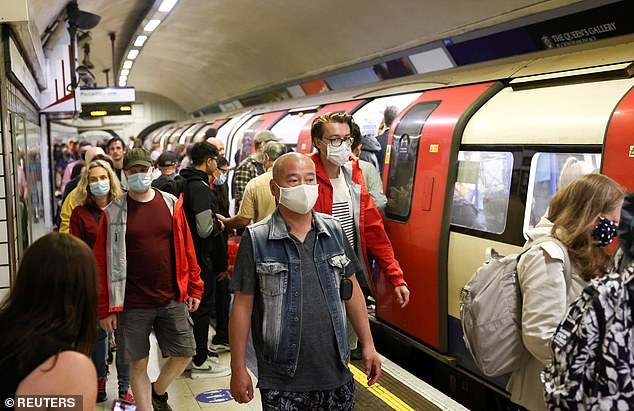 In the survey of 1,000 London commuters, some say they are still avoiding the office because they fear catching Covid on public transport (file image)

Dash Tabor, co-founder of TUBR, said: ‘Post-lockdown, the usual 9-to-5, Monday-to-Friday commute is a thing of the past. Home working may be good for some but it’s not great for everyone.

‘And our town and city centres will rely heavily on people eventually returning to the office. Transport providers can and should be doing more to help that process.’

Meanwhile, an article by Sir Iain Duncan Smith in last week’s Mail on Sunday has triggered intense debate in Whitehall over working from home.

His call for officials to lead by example and return to their desks has led to increased pressure on civil servants to ditch home working, his allies said.

Tory Party chairman Oliver Dowden has also demanded that staff get off their home exercise bikes and get back to their desks.