Rescue efforts are underway after two workers trapped in an Oklahoma dam Thursday evening following an explosion, according to reports.

The contractors were doing routine core drilling about 80 feet down from the top of the dam when they were trapped, Alberty said, according to Tulsa’s KJRH-TV.

Crews had been in contact with the two workers at some point. Alberty didn’t provide details on the workers’ conditions, or how they became trapped, reports said.

“Right now the priority is to get to them, to get down to those two individuals,” he told NBC News.

There were three contractors doing drilling at the time of the blast, and one was able to make it out, Alberty said. That worker initially refused treatment, but was later taken to a hospital in Pryor, Okla, KJRH-TV reported. 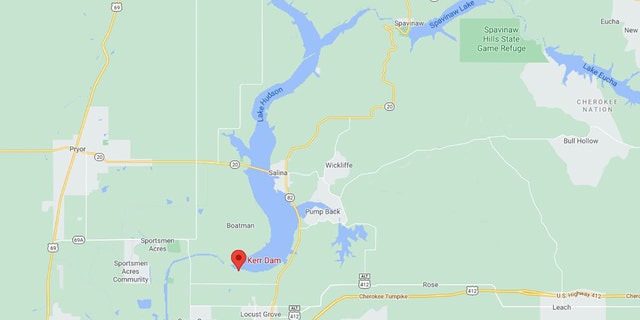 Alberty noted the explosion didn’t compromise the structure of Kerr Dam, according to the station. The cause of the blast has yet to be determined.

The core-sample drilling was part of a normal safety maintenance program, according to the GRDA.