Russia’s military has been accused of risking a nuclear accident after they seized a plant in Zaporizhzhia. Ukraine and Russia have accused each other of shelling areas close to radioactive material at the plant, which is the largest of its kind in Europe. The G7 nations have said they are “profoundly concerned by the serious threat” Russian forces are posing.

Lada L. Roslycky, founder of the Black Trident defence consulting agency, spoke to The Globalist podcast this week, and she warned that a nuclear disaster is “waiting to happen” in Ukraine due to the fighting.

She warned that the situation at the Zaporizhzhia nuclear power plant isn’t the only cause for concern.

Mr Roslycky said: “First we have to understand that this is Europe’s largest nuclear plant. The Russians have in effect hijacked it, and this is another way they are behaving as global terrorists.

“On top of that, for weeks the Ukrainian citizens working inside the plant have been subjected to torture and abuse.

“When Russia claims Ukraine is attacking the plant, it is the same narrative we need to think critically off…they accuse us of committing genocide against ourselves. 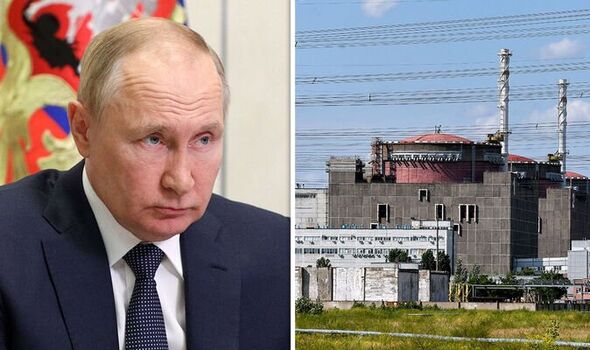 “That includes the raping of kids in Bucha. We have a really sad situation where the United Nations and the International Atomic Energy Agency are showing their impotence.

“This has been going on for months. It is also important to know that there is another hotspot in the Donetsk territory, the Yunkom mine.

The Yunkom mine was an environmental concern prior to the invasion, with radiation contaminating the area.

In 1979, the Soviet Union conducted an underground nuclear test and the explosion created a radioactive chamber inside the mine. 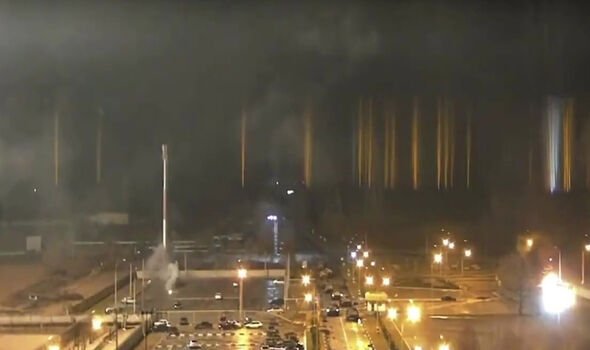 In 2018, the so-called Donetsk People’s Republic put a stop to operations which pumped water out of the mines, leading to leaks of radioactive elements into nearby water.

A 2019 report by Ukraine’s National Institute for Strategic Studies warned that around 300,000 people in the region faced an “urgent threat” because of the radioactive leaks.

Ostap Semerak, a former Ukrainian ecology minister, suggested in 2018 that the situation could get so bad that a “second Chernobyl” occurs.

For now, the focus remains primarily on the fighting near the Zaporizhzhia nuclear power plant. 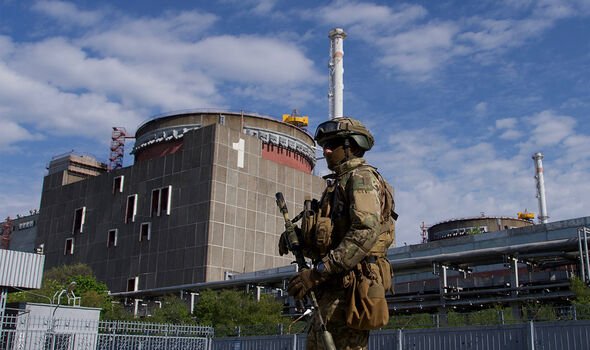 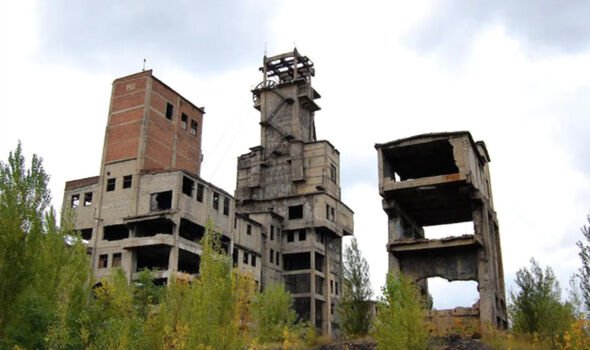 The head of Ukraine’s state nuclear power firm Energoatom, Petro Kotin, has claimed that Russian shelling has already damaged parts of the plant.

He added: “This is… the most radioactive material in all the nuclear power plant. This would (mean) the distribution (of it) around this place and then we will have like a radiation cloud and then the weather will decide… which direction the cloud goes.

“The risk is very high.”

Ukraine is launching a counteroffensive in the south of the country, meaning Zaporizhzhia could become a key battleground in the coming months.

The southern city of Kherson, which was seized by Russia in March, is also another region where fighting is likely to intensify.