The Health Secretary insisted the Government would not make the whole nation get a jab against any vaccines that are rolled out across the nation – after a Pfizer jab yesterday was found to prevent 90 per cent of cases. 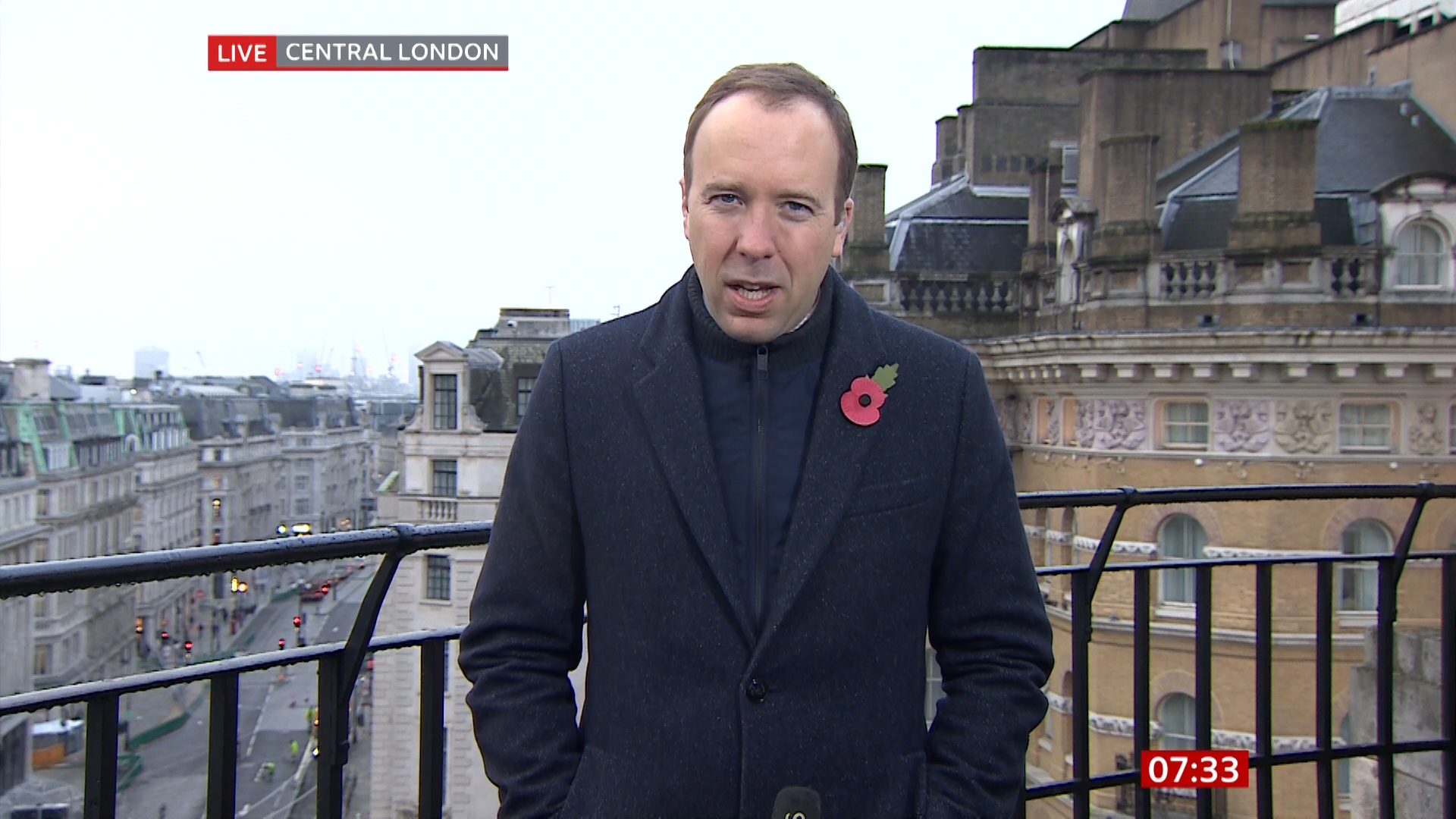 In what could be a huge breakthrough in the pandemic, the Government has purchased 40million doses – with ten million available before Christmas.

And Mr Hancock said today the NHS has been told to begin vaccinating people from the start of December if it's found to be safe.

But today Mr Hancock sought to dismiss anti-vaxxer fears that the whole country will be forced to get the jab or they won't be allowed out.

Social media accounts, bots and rogue states are behind theories spreading fake news and images scare-mongering about the potential vaccine.

GCHQ spies are involved in a cyberwar tackling online propaganda, the Times reported earlier this week.

Mr Hancock told the BBC today: "Yes, we are not proposing to make this compulsory. not least because I think the vast majority of people are going to want to have it.

"Some international surveys show the UK has one of the highest enthusiasms for taking up the vaccine."

Care home residents, care workers, NHS staff and older people are expected to get the jab first – it may not come to the wider population until the new year.

Boris last night blasted people who spread wild conspiracy theories about vaccines online – and said: "I hope very much that people won’t be listening to those types of arguments."

He said their argument "holds no water" and stressed: "I think people need to remember that in having a vaccination you're not just protecting yourself, you're protecting anybody who could get infected by you or your family as a vector of the disease."

Mr Hancock told the BBC: "We are obviously really pleased with the progress and promising news, but we are also cautious.

"We have got to stick with the programme we have got at the moment."

He said this morning he had written to GPs last night about the "important role" they will play in getting it out.

The Health Secretary said: "The NHS will be working 7 days a week, into the evenings, into bank holidays, to get this rolled out". 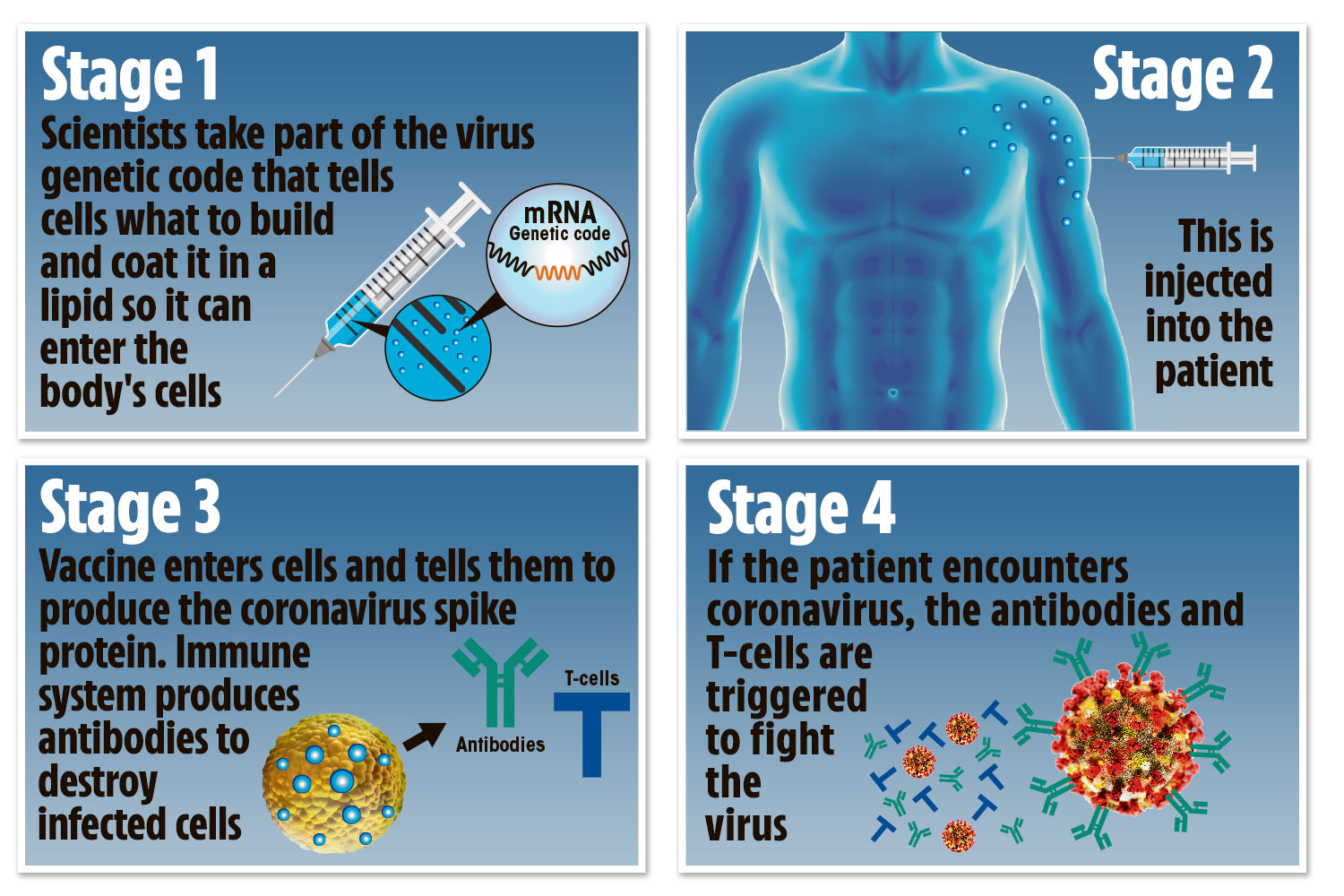 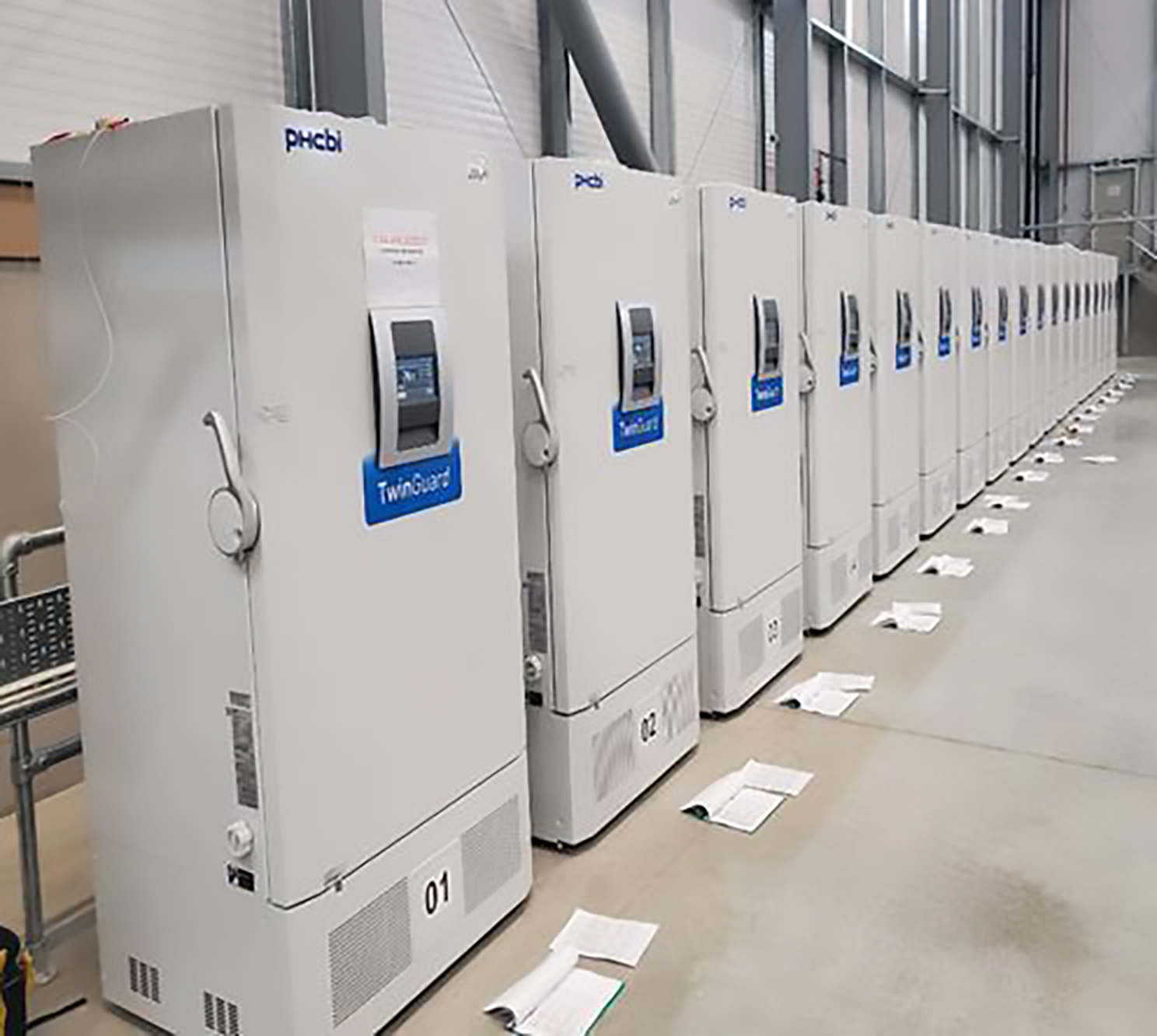 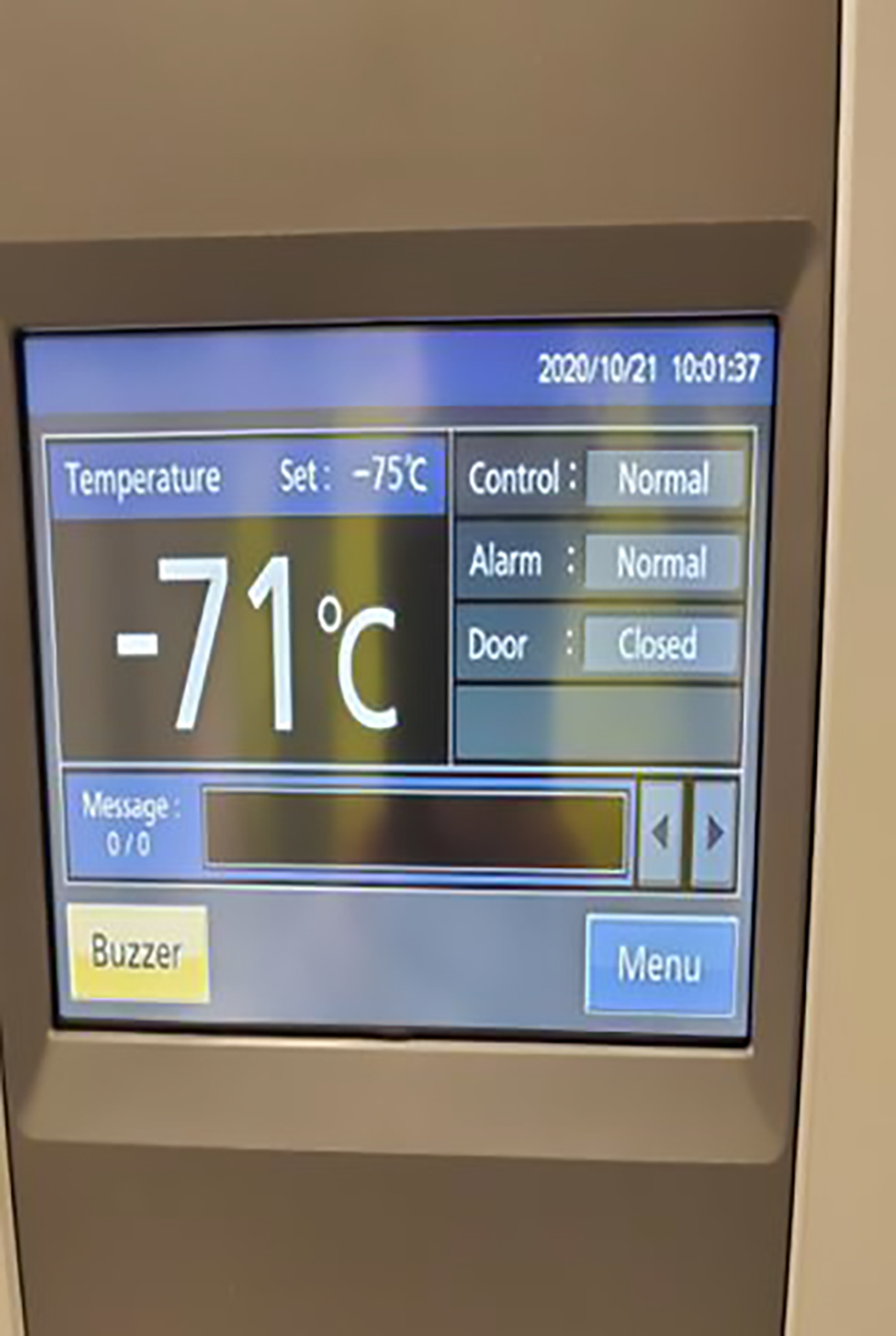 Who will get the Covid vaccine first?

The Joint Committee on Vaccination and Immunisation (JCVI) has examined data on who suffers the worst outcomes from coronavirus and who is at highest risk of death.

Its interim guidance, which assumes the jab is safe and effective in all groups, says the order of priority should be:

The JCVI said the prioritisation could change if the first jab were not deemed suitable for, or effective in, older adults.

Meanwhile, Professor Sir John Bell today said we are "already on the train" in Britain's bid to finally beat coronavirus.

The deputy chief medical officer added that the train is still "a few miles from the station", and we still need to wait to get on board.

But Sir John told Good Morning Britain that he is a bit further along in that journey, saying the vaccine breakthrough is a "substantial step" forward.

The show’s host, Piers Morgan, described the jab as the "James Bond" of vaccines and Sir John agreed.

He said: "That's exactly the right description, it's very fast and all you need is a string of RNA – you can make that really quickly."

Sir John added: "This is a pretty substantial step."

With the reality of losing his reelection campaign setting in, it appears as though Trump is focusing on announcing his plans to run again before...

The Ministry of Health is set to release its daily update on the number of new Covid-19 cases there are. The update will be sent...

Gov. Jared Polis extended four executive orders Saturday, including one that provides a one-time state payment to workers who have collected unemployment benefits because of...

We will use your email address only for sending you newsletters. Please see our Privacy Notice for details of your data protection rights.At the beginning...

This morning, Yearn founder Andre Cronje announced the latest in a spate of high-profile mergers and collaborations for the multi-faceted decentralized finance (DeFi) protocol: Yearn...