PEERING out of her bedroom window at the 12ft drop below, Tina Kenworth uttered terrifying instructions that would send a chill through any parent: “Throw the quilt down and jump!”

The frightened mum was teaching her sons how to escape their three-bedroom home in Leicester, in case her “monster husband" carried out his vile threat to burn down their house with them inside. 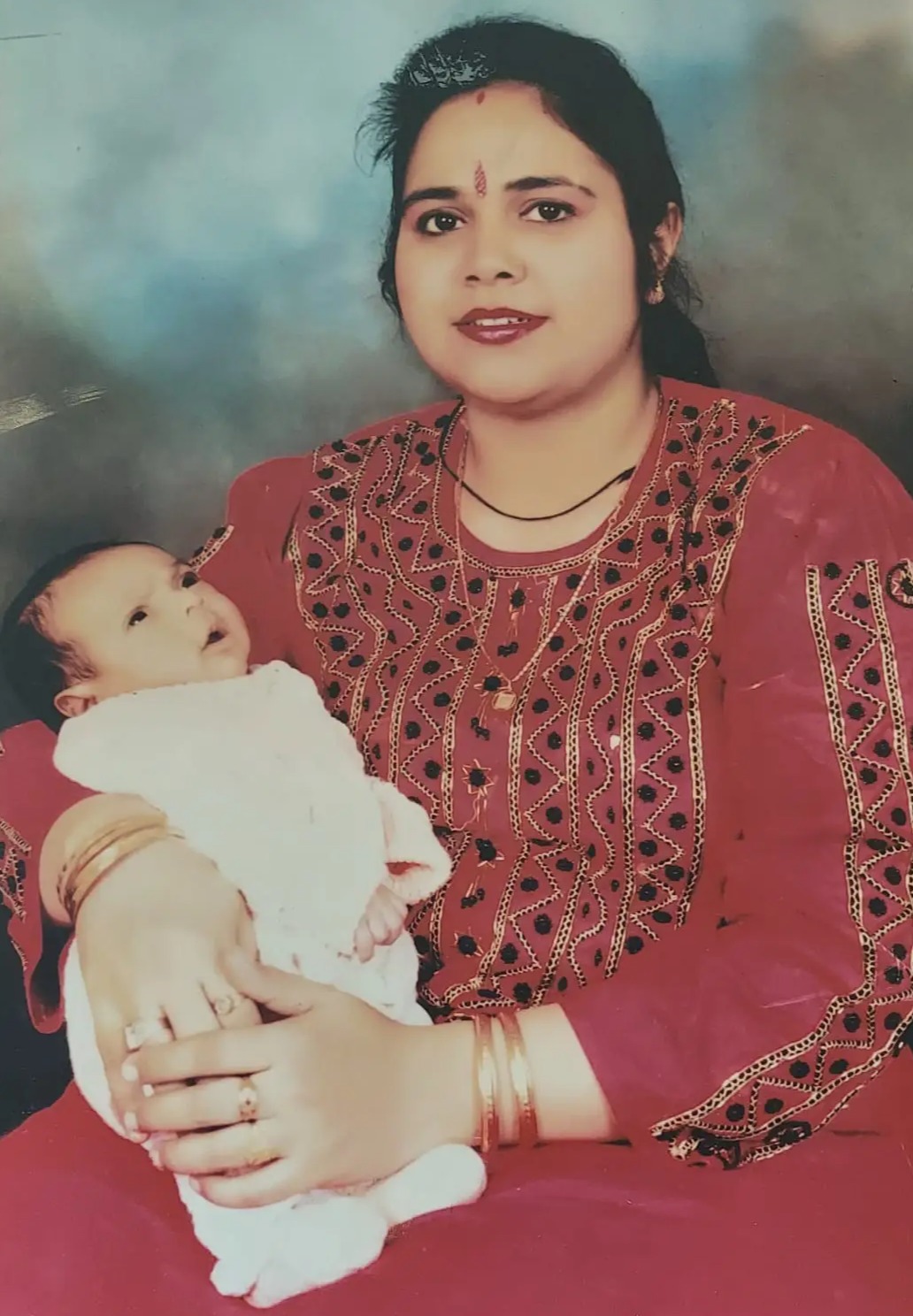 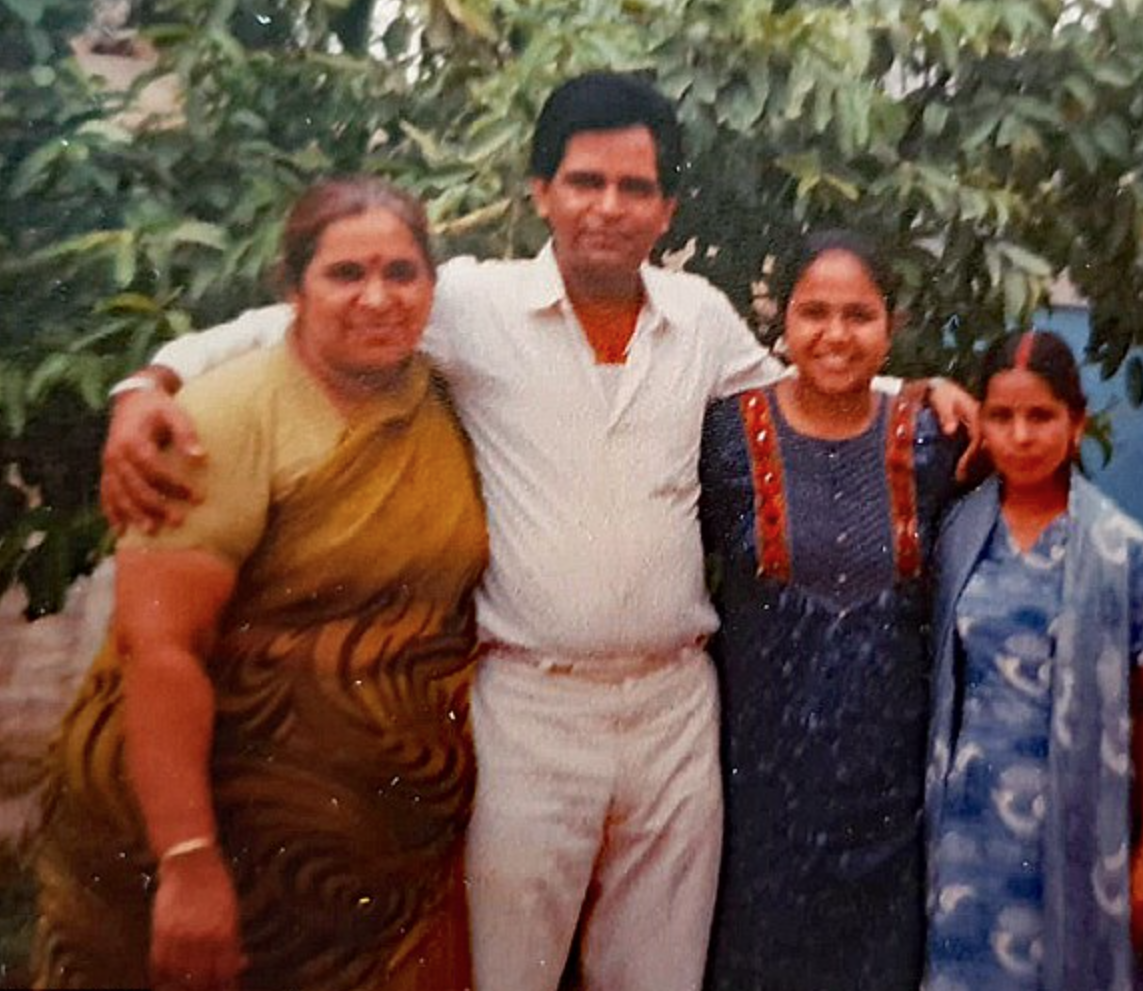 Tina, 49, had every reason to fear he'd go through with it – she claims he'd already dragged her down the stairs by her hair, beaten her up and kicked her in the stomach while she was pregnant.

After meeting her husband just twice, she was pressured into marrying him when she was 22.

Tina fell pregnant two months later, and says she noticed a radical change in his personality.

By the time their third son was born in 2007, she claims he was drinking excessively and taking drugs – and if she refused to have sex with him, he would attack her.

After 13 years of "torment", Tina finally separated from her husband, but was dealt a devastating final blow – he left her in £40,000 of debt.

Customer service team leader Tina has finally found happiness with a new partner, despite her family struggling to accept him at first because he wasn't "chosen" for her and came from a different community.

She hopes by sharing her experience, it will encourage others in situations like hers to seek help and find a way out of abusive relationships.

Tina tells The Sun: "I felt like there was no escape. My husband became controlling very early on in our marriage and when he started to drink he would hit me for no reason.

“I tried to leave him multiple times and fled to women’s refuges but I didn’t feel strong enough or able to leave him for good.

“One of the worst times was when I was pregnant with our second child. He wanted me to have an abortion but I couldn’t do it and he turned really, really nasty.

“He kicked me in the stomach so hard that my baby stopped moving. Even after I had a stillbirth, I didn’t feel I could report how he was treating me to the police.

“Another time in the early hours of the morning, he grabbed a chunk of my hair and pulled me down the stairs to the kitchen because I refused to cook for him.

“At that time I was having panic attacks in the middle of the night and slept with my bedroom door locked and a knife under my pillow just so I could feel safe.

“I had to teach our boys how to jump out of the window because he threatened to set our house on fire while we were sleeping to burn us all alive.

“During the worst parts of the marriage, I considered suicide because I couldn’t see another way out but I knew I couldn’t leave my boys with such a monster.

“It’s a miracle I survived and thankfully, I’ve now found a husband who truly loves me. I’m still dealing with the emotional abuse but I’m thriving and getting my life back on track.”

Tina, who's a Hindu, says the fear of “bringing shame” upon her family prevented her from feeling able to leave her husband sooner and her relatives often stressed divorce “was not an option”.

She was born in a small village in Shahkot in Punjab, India, and two years after moving to Britain in 1993, she returned to marry a stranger 18 months her senior.

She claims it wasn’t a forced marriage but it was “rushed” and she didn’t have time to get to know her future husband.

After returning to the UK she soon began to feel “trapped” by her husband's increasingly manipulative behaviour.

After losing her second child in June 1997, Tina's mental health nosedived and she became reliant on antidepressants.

Due to her husband controlling their finances, she struggled to find a way out of their marriage.

I couldn’t say no to him, if I did he would beat me up or tell my family I was not being a good wife

She explains: “I was looking for a way to escape and the only way I knew how was to improve my education so that I could become financially independent.

“When I started university he became even more aggressive because he was losing control over my life and doors were opening up for me.

“In his eyes, he had control over my body. We were sleeping in separate rooms and he would force himself on me regularly.

“I couldn’t say no to him, if I did he would beat me up or tell my family I was not being a good wife.

"Due to him being a man they would take his side nine out of 10 times.”

Tina claims her ex-husband would put on a front while visiting her relatives and played happy families so they would never suspect a thing.

“He was so manipulative, we would have a fight and then in front of my family he would be laughing, smiling and telling them how much he loved me,” she adds.

Tina claims she called the police at least 15 times during their marriage.

“In 2003, he was charged with actual bodily harm for assaulting me really badly, but pleaded guilty to common assault,” she recalls.

“At that time he was truly horrible to live with, when he was drunk he would shout, scream and threaten to break the door down.

“In our culture, when you’re married you are your husband’s responsibility, which leaves so many ladies and young girls trapped in abusive relationships.”

In 2008, Tina finally left her husband after receiving advice from a women’s refuge about how to get a divorce and apply for financial assistance.

He was so manipulative, we would have a fight and then in front of my family he would be laughing, smiling and telling them how much he loved me

She underwent a support recovery programme from the Helping Other People Everyday (H.O.P.E.) Training, which helped her to work through the trauma she endured.

“I’m really proud of what I’ve achieved, I’m empowered and believe in myself more than ever thanks to the counselling I’ve received,” Tina says.

“There are bad days but I have worked to become independent, mentally stronger and able to cope financially.”

Since their divorce was finalised in 2012, Tina claims she has not seen her ex-husband after he "fled".

“Looking back I’m a much stronger person now and despite him taking out £40,000 in personal loans, I’m working to pay off what we owe,” she says.

As Tina slowly pieced her life back together, she joined the online dating site eharmony in 2014.

A year later she met Andrew Kenworthy and the relationship was a world away from what she'd experienced in the past.

They married in 2017, and Tina says she now knows what a loving relationship feels like.

“We have arguments like any couple but we listen to each other, can give our opinions without fear and speak honestly with one another," she says.

“My boys see it too and tell me, ‘Mum, you deserve this.’ When I look back now I feel like I’m lucky to be alive and to have found such happiness.”

Where to get help?

Whenever it happened to you, it’s never too late to get support.

If you’ve ever experienced sexual violence or sexual abuse, you can get confidential support from specialists who will listen to you, believe you and understand how hard it is to talk about.

As a victim, you’re entitled to support whether you report the crime or not. Your rights are set out in full in the Victims’ Code.

Visit gov.uk/sexualabusesupport to see the support on offer.

Honour-based abuse on the rise

Abuse after arranged and forced marriages have come into the spotlight after a spike in recorded crimes across the country.

The data, which came from 28 out of 39 constabularies after freedom of information requests by The Guardian, didn't surprise several charities who spoke to The Sun.

They said the true extent of the problem is considerably worse than the figures suggest because many people do not feel safe reporting abuse.

Meena Kumari, of H.O.P.E. Training, and Yasmin Khan from The Halo Project, are calling for more to be done.

"I believe this rise is the tip of the iceberg," Meena tells The Sun.

She believes specialist training should be compulsory for all police officers, constables and volunteers and a national strategy to ensure all crimes of this type are recorded.

Meena also has called for more funding to investigate the "low number of charges and fall in conviction rates" to work out how best to help victims.

Yasmin echoes these calls for better training to recognise the abuse and more assistance for those trying to leave abusive partners.

It’s estimated that between 12 and 15 people die each year in the UK from so-called “honour killings” – but Yasmin insists that figure is “a huge underestimation”.

Among the victims is Banaz Mahmod whose family plotted her murder in 2006 after she left an allegedly abusive marriage and chose a partner of her own choosing.

Yasmin says: “Families will not report a missing man or woman to the police and there are also people who have been taken abroad and killed.

“Some will go to great lengths to protect their family’s honour, including hiring bounty hunters. We need to do more and respond better to save lives."

For information or help visit get in touch with the Halo Project, H.O.P.E Training and Consultancy or Karma Nirvana.

Tina's story was published in the book The Story Of My Life book and also featured on the Positive Minds podcast, shared by the mental health charity Our Solutions CIC. 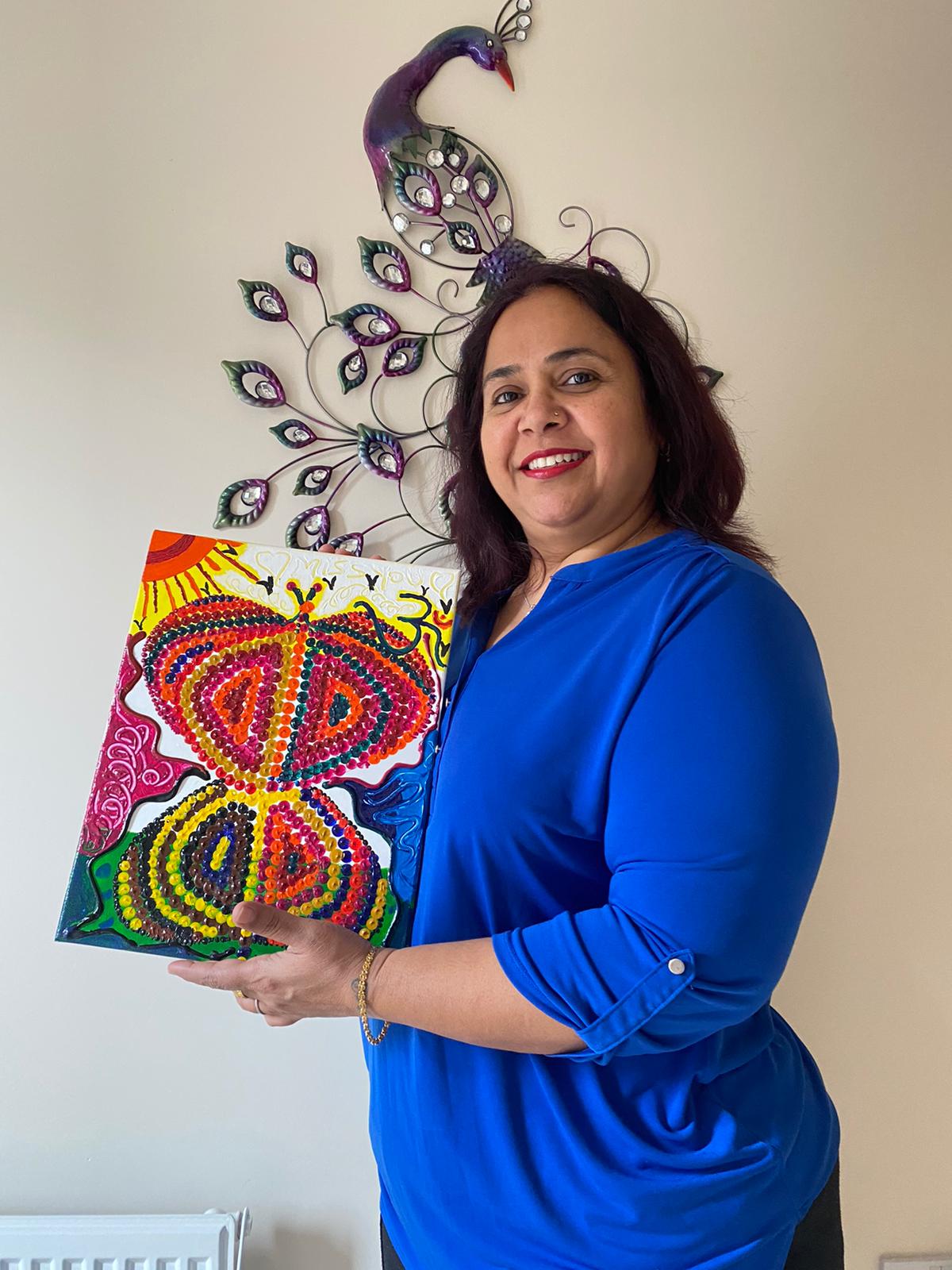 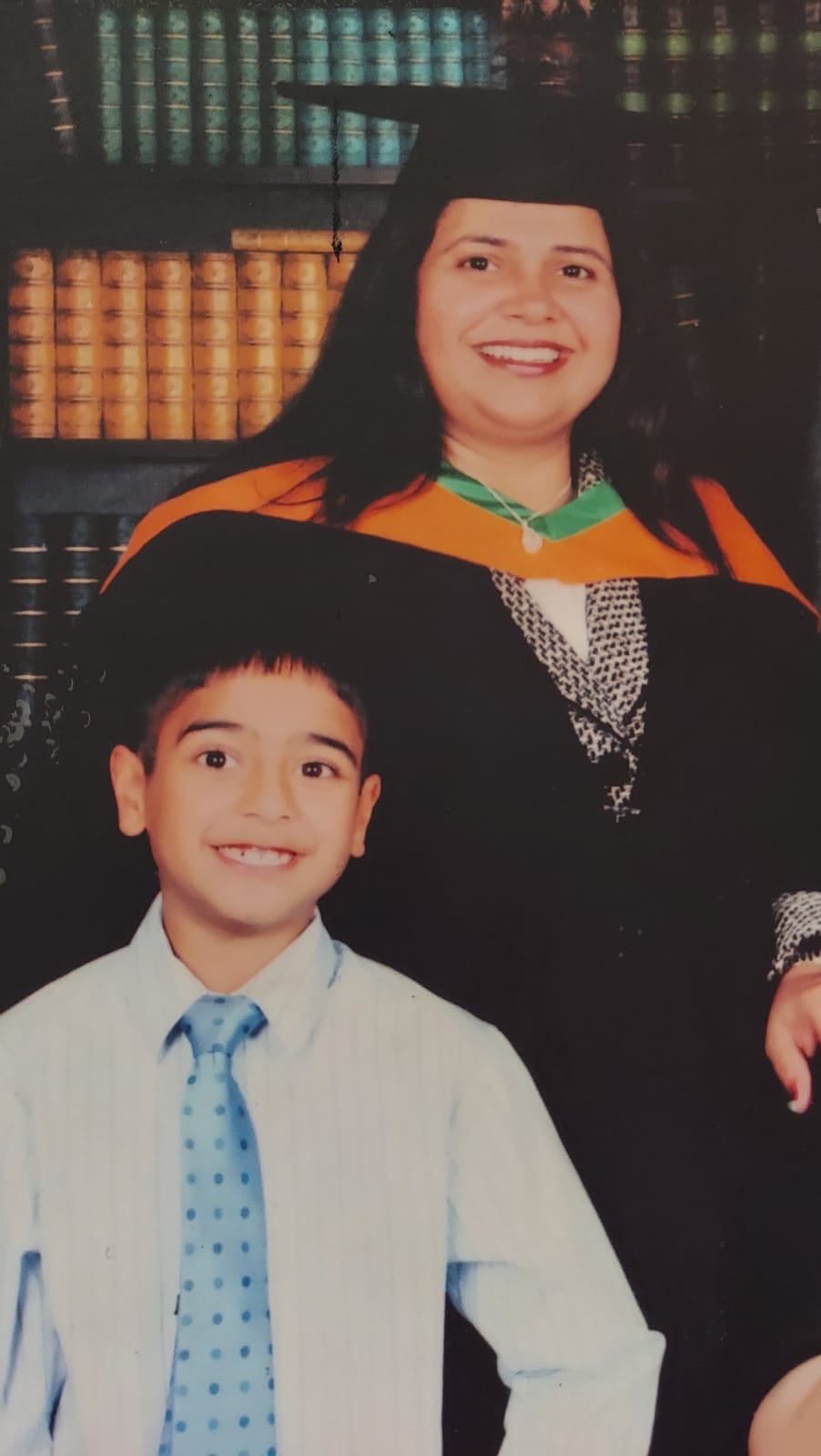 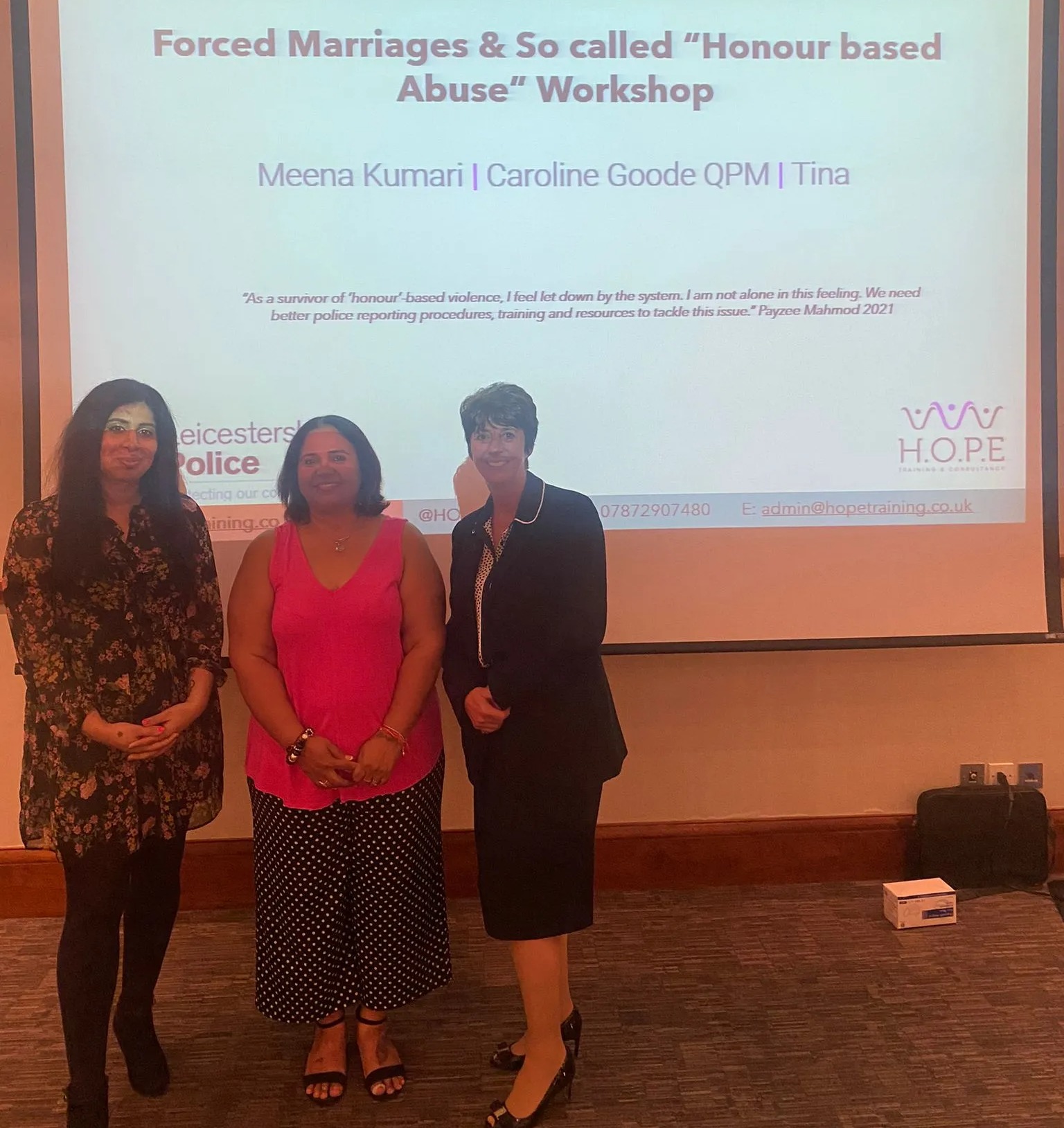 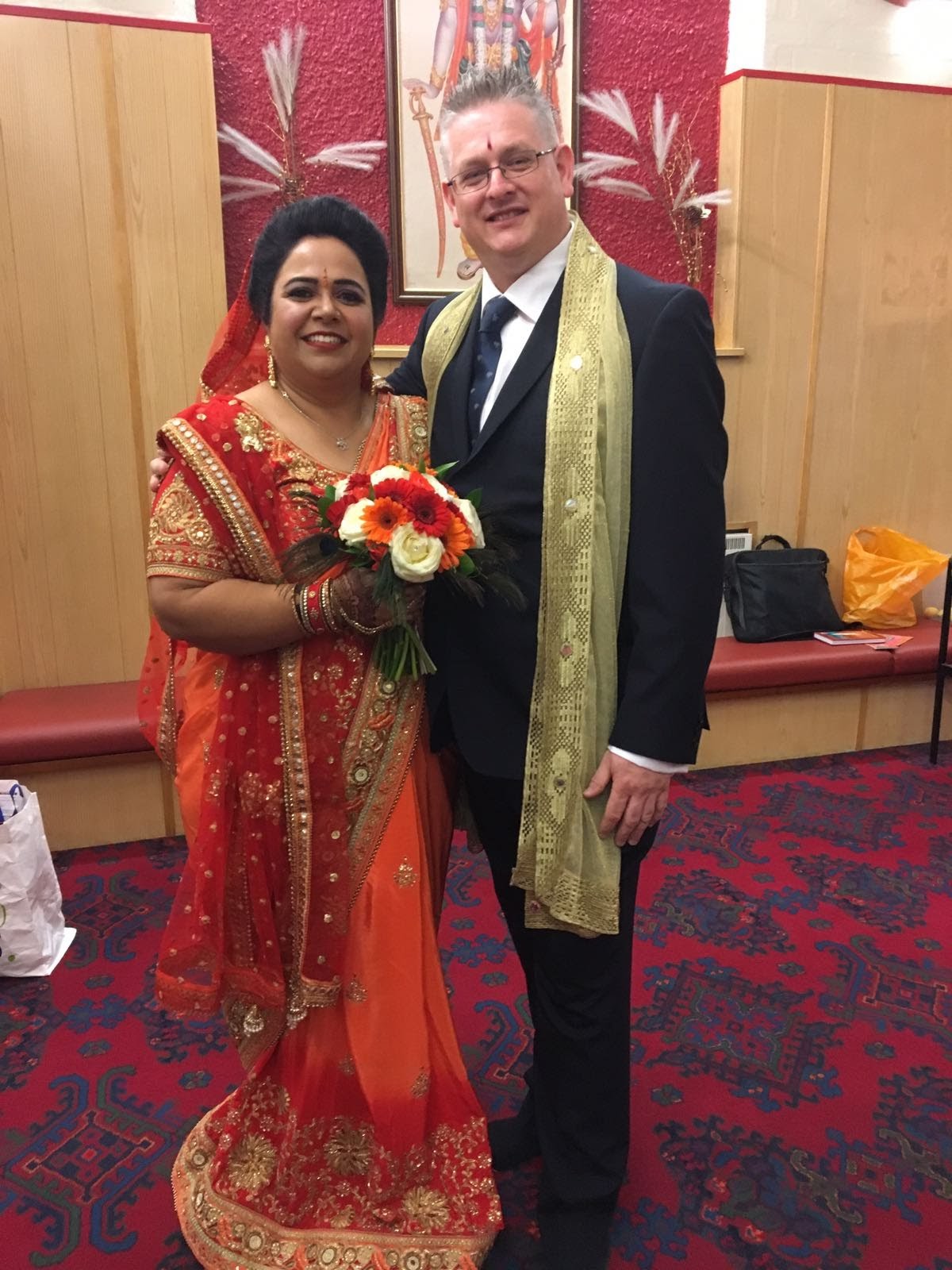 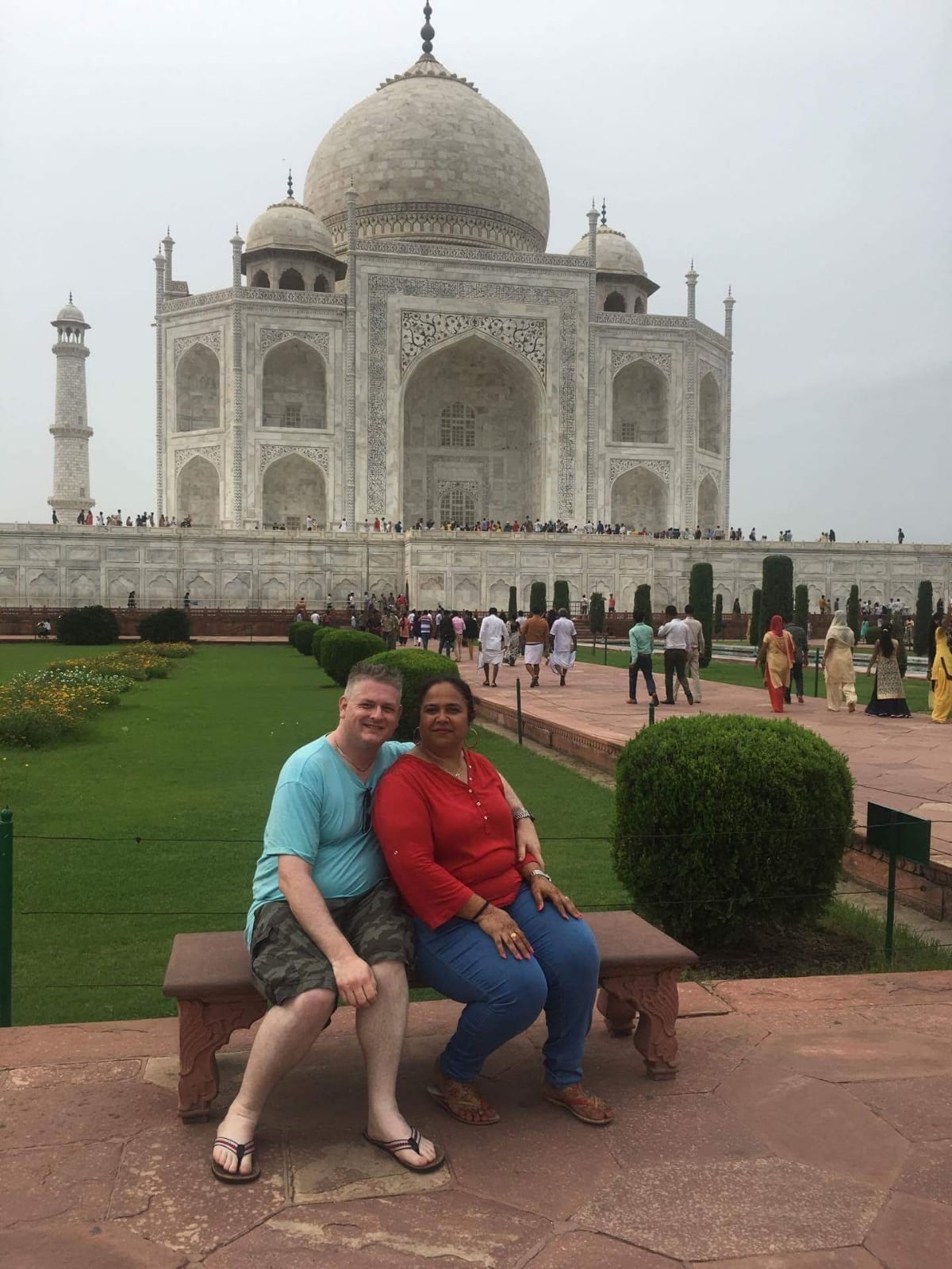 Where to find support?

IF you have been affected by any of the issues raised in this article, support can be found at:

If you’ve ever experienced sexual violence or sexual abuse, you can get confidential support from specialists who will listen to you, believe you and understand how hard it is to talk about.

As a victim, you’re entitled to support whether you report the crime or not. Your rights are set out in full in the Victims’ Code.

Visit gov.uk/sexualabusesupport to see the support on offer.