A MOM has been arrested after posting a video of herself posing as her 13-year-old daughter and sneaking into the child’s school.

Casey Garcia, 30, has been charged on suspicion of criminal trespassing and tampering with government records after she posed as a 13-year-old schoolgirl. 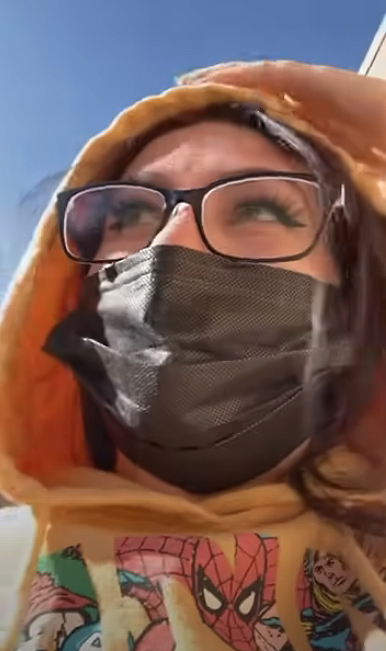 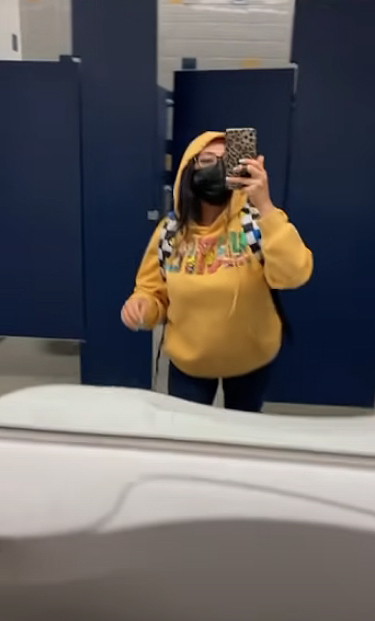 Garcia from San Elizario, Texas alleges in a video she uploaded to Youtube that she was not busted by a teacher at her daughter's middle school until the seventh lesson of the day.

In the six minute clip Garcia shows herself dressing up as her daughter in a hoodie, glasses and face mask before allegedly sitting down in lessons and the lunch hall.

Early on in the clip, which has been viewed more than 121,000 times, the mom alleged to have had a passing chat with the school's principal without being exposed.

Garcia was taken to the El Paso County Detention Facility on the charges related to the incident and an unrelated traffic warrant.

The 30-year-old even filmed the moment officers arrived at her property to arrest her.

The mom said she said she did it to highlight security gaps after the spate mass shootings that have plagued the United States.

She was booked into the El Paso County Jail on Friday, records show.

Footage showed her receiving directions and she showed up to class and sat down. 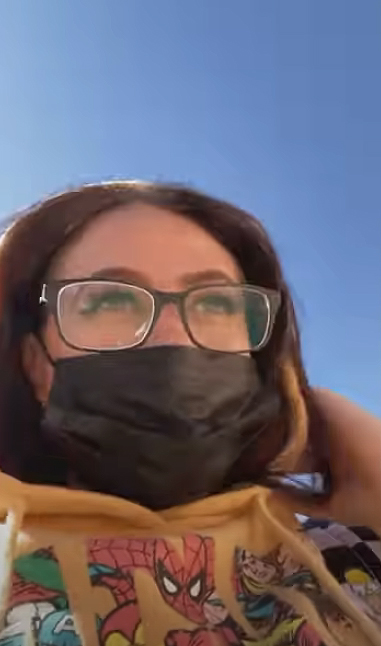 Later, she claimed she was in gym class where a coach asked her who she was.

He believed her when she gave her daughter’s name.

Later, she can be seen maskless, eating at lunch.

Near the end of the video she described herself getting caught and sent to the principal’s office.

In the follow up video, she said she did this to highlight security gaps amid mass shootings.

"I bet you anything someone else can do this. This is why I did this."

She said she was only caught after seven periods when a teacher confronted her after class. She told her she snuck in as a "social experiment".

In the second video, Garcia complained about the lack of attention teachers gave to in-class students compared to remote learners.

She said: "They did not engage with her except to tell her to put her phone away.

A third video showed cops arriving at her home before her arrest.

The Sun Online has approached the school for a comment.