MISSING toddler Christopher Ramirez has been found safe three days after vanishing while playing with his dog near the woods in Texas.

Ramirez, three, was reported missing on Wednesday after the toddler followed the family dog into the wood near his home in Grimes County. 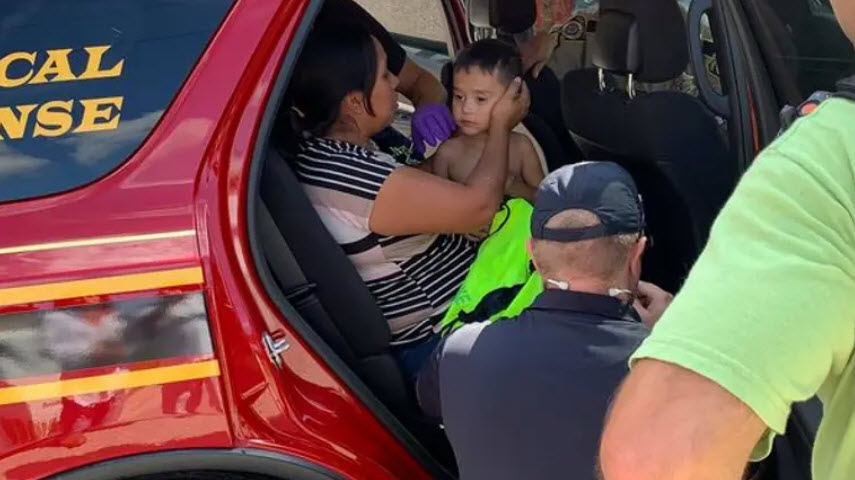 According to ABC13, Ramirez was found on Saturday by a landowner off FM 1486 near Highway 249 in Grimes County.

The three-year-old was reunited with his mother and was taken to a hospital for evaluation.

Grimes County Sheriff Don Sowell said Ramirez was found around 11.45am and was dehydrated.

The toddler was transported to Texas Children's Hospital.

On Wednesday, the mother said she took her eyes off Ramirez for two minutes while she unloaded groceries. That’s when she realized her son was missing.

Authorities say a neighbor reported seeing the three-year-old chasing a dog down the road, and the mother ran in the direction they reportedly went but didn’t find the boy.

Hundreds of searchers combed the woods of southern Grimes County for Ramirez as investigators looked for leads related to his disappearance.

At the time of the search, three bodies of water were examined due to concerns Ramirez may have been there, but he was not found.

The search outside of Plantersville went on non-stop thanks to multiple agencies and volunteer groups, including the FBI and Texas EquuSearch.