A Michigan woman is facing felony charges for shooting her neighbor’s cat in the neck with a crossbow — claiming the animal was attacking her own pets, deputies said.

Taylor Rose Shipman, 23, of East Tawas, surrendered to authorities Monday on one count of third-degree killing or torturing an animal after an orange cat named Oliver was discovered on his owner’s porch July 15 with a crossbow bolt sticking out of his neck. 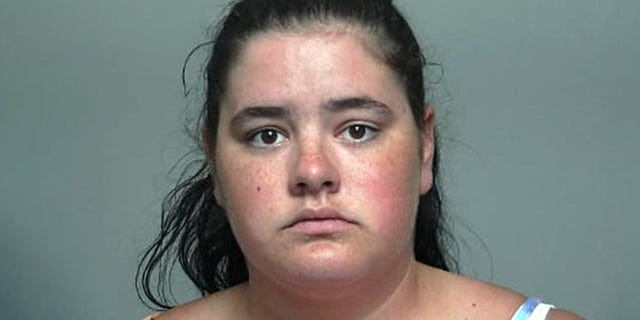 Oliver’s owner, Eric Erickson, said he contacted neighbors after finding his wounded pet and told deputies Shipman admitted to him that she shot the cat in “defense of her own cats” four days earlier.

“My jaw dropped,” Erickson told the outlet. “She said she shot him [July 11]. Obviously, he ran off and it took him four days to get home.”

Erickson dislodged the arrow from Oliver and treated the miracle cat’s wounds before taking him to an animal hospital the next day. The feisty feline then spent three days at the veterinary hospital before heading back home.

“He is doing spectacular,” Erickson said Tuesday of Oliver, now on the mend at home with two other cats and dogs. “I’m humbled a bit from his strength.”

The Iosco County Humane Society held a fundraiser for the cat’s medical bills, raising more than $2,100 to cover his hospital stay and necessary follow-up care.

“There’s a lot of good people out there in the world still,” Erickson told WNEM. “They were reaching out from different states and Tawas is a pretty good community.”

If convicted, Shipman reportedly faces up to four years in prison.