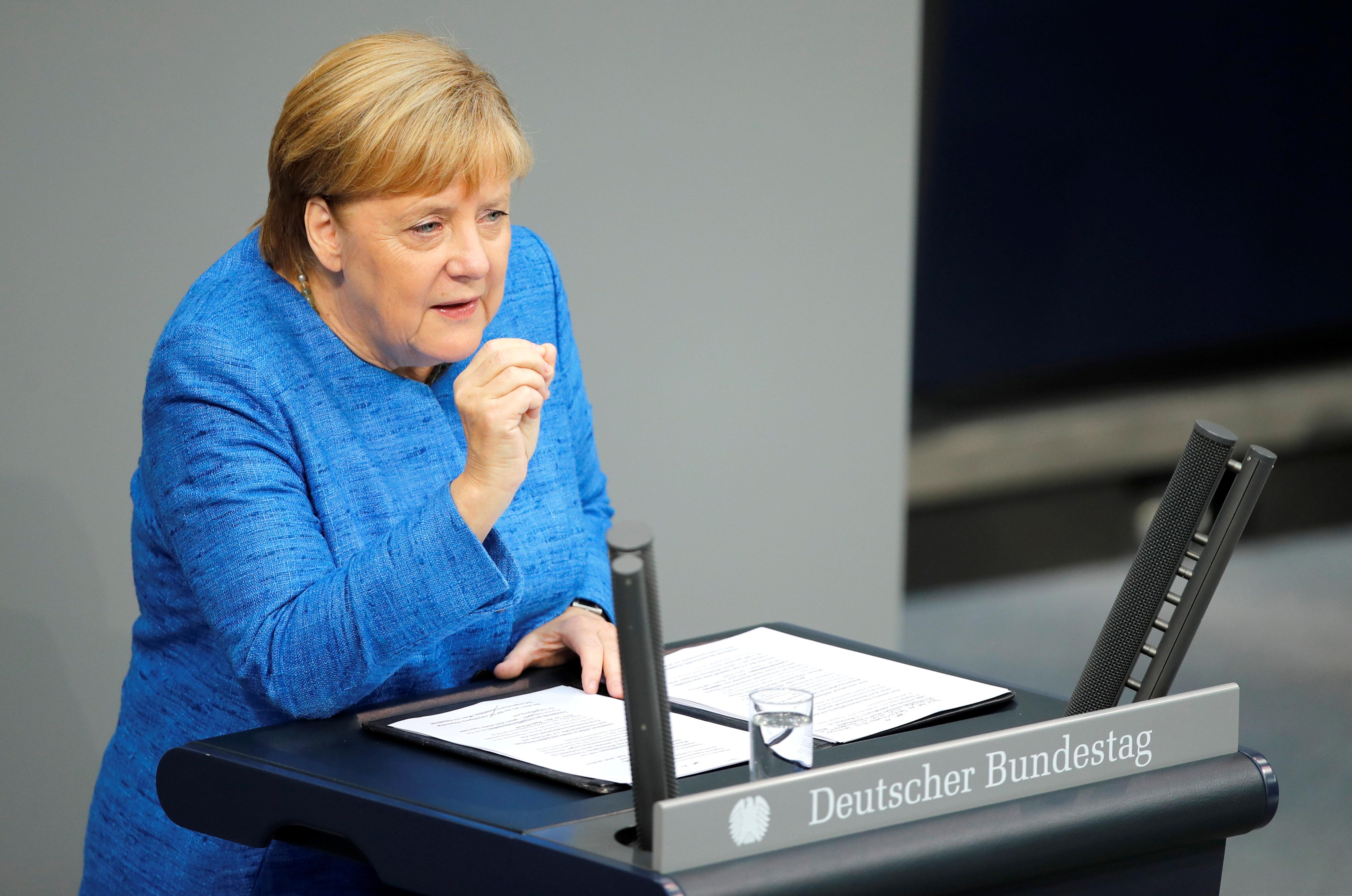 BERLIN (Reuters) – German Chancellor Angela Merkel said on Wednesday there was still every chance for Britain’s divorce from the European Union to take place with a deal although Berlin is prepared for a disorderly Brexit in case that does not happen.

British Prime Minister Boris Johnson’s stated aim is to persuade the EU to give him a new deal at a summit on Oct. 17-18. Parliament has passed a law compelling him to ask Brussels to delay the departure until 2020 unless he can strike a deal but Johnson has said he will not request an extension.

“We still have every chance of getting an orderly (Brexit) and the German government will do everything it can to make that possible – right up to the last day. But I also say we are prepared for a disorderly Brexit,” Merkel told parliament.

“But the fact remains that after the withdrawal of Britain, we have an economic competitor at our door, even if we want to keep close economic, foreign and security cooperation and friendly relations,” Merkel added.

The remaining 27 EU members must unite and strengthen the project, she said.

“On the one hand, as Europeans we are weaker with Britain’s exit – that has to be said – but on the other hand, this is the moment to develop new strengths,” Merkel told lawmakers.

She welcomed the new direction given to the EU by Ursula von der Leyen, the incoming chief of the EU executive, and said the bloc must stand up for multilateralism.

“No country in the world can solve its problems alone and if we all work against each other we will not win,” Merkel said. “I believe in win-win situations, if we work together.”

Brian Lonergan: Immigration is unquestionably a national security issue. We need to start treating it like one
Technology

Ethereum Moves up After a Breakdown

Ripple Plummets, Lacks Buyers at Critical Support
We and our partners use cookies on this site to improve our service, perform analytics, personalize advertising, measure advertising performance, and remember website preferences.Ok