The owners of several of Melbourne’s iconic heritage theatres have mounted court action against their insurers to recover more than $20 million after high-profile shows including Harry Potter and Moulin Rouge were cancelled due to the COVID-19 outbreak.

Ticket sales and booking revenue at the Princess Theatre, the Comedy Theatre, the Forum Theatre, Regent Theatre and CBD wedding venue the Plaza Ballroom evaporated as Victoria went into lockdown. 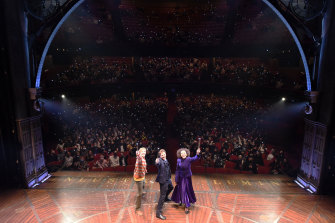 Reopening of the Australian company of Harry Potter and the Cursed Child in 2021.Credit:Jim Lee Photo

The venues, owned by Marriner Group and operated by mogul Jason Marriner, filed a lawsuit at the beginning of September against Ansvar Insurance asking the court to grant them $20,403,965 to cover all venues under their business interruption insurance policy.

Ansvar has not filed a defence but other insurers have claimed that business interruption policies were not supposed to apply to pandemics, and were instead designed for events like blackouts and floods.

The Princess Theatre was forced to cancel hit show Harry Potter and the Cursed Child due to COVID restrictions.

An excerpt from the Victorian Department of Jobs, Precincts and Regions’ economic audit of the show’s first year estimated the annual benefit to be $244 million.

The Regent Theatre on Collins Street, also part of the lawsuit, was due to start Moulin Rouge! The Musical! in August. 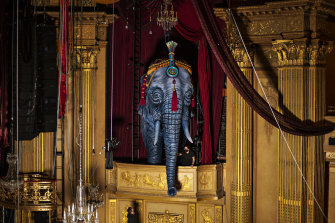 Moulin Rouge! The Musical’s 220-kilogram elephant was carved from Styrofoam with a chainsaw. Credit:Steven Grace

“This is relative to the mega losses that have been sustained by the broader hospitality and entertainment industry in Victoria as a result of what we now know is the world’s longest COVID-19 related lockdown.

“It is important that the culture of Melbourne is reinvigorated as soon as possible and with that comes the processing and finalisation of business interruption insurance claims for Victorian businesses.” 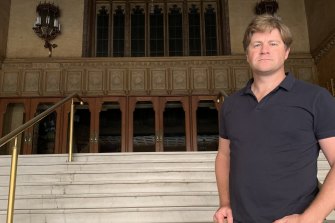 A spokesman for Ansvar said it would be inappropriate to discuss specific policies and individual claims circumstances.

In June business owners moved closer to claiming payouts after the High Court rejected a bid by insurers to shield themselves from claims made by firms impacted by lockdowns throughout Australia.

The firms had taken out business interruption policies that the insurers argued were intended to exclude pandemics.

The Insurance Council of Australia, who was backing the High Court challenge on behalf of insurers, estimated the issue affected more than 250,000 policies and $10 billion in claims.

Despite the High Court decision, insurance industry executives told a parliamentary committee in June the ruling on its own would not lead to a large number of claims being paid.

After a year when the lights went off, the theatres were gearing up for a big 2021, including musical comedy Six, which gives a voice to Henry VIII’s six wives was promising to be a hit and was expected to return to the Comedy Theatre in late 2021.

Stay across the most crucial developments related to the pandemic with the Coronavirus Update. Sign up for the weekly newsletter.