A Louisiana mom is accused of helping her two sons flee the state and avoid law enforcement after they allegedly took part in a shooting at a Baton Rouge apartment complex on Memorial Day that left three people dead, including a toddler, according to reports.

Latoya Coleman, 36, of Baton Rouge, was arrested Wednesday and is charged as an accessory after the fact to first-degree murder. On Thursday, the Baton Rouge Police Department announced the arrests of her children — David Williams, 19, and his 15-year-old brother, Baton Rouge’s WBRZ-TV reported. Fox News is withholding the name of the younger suspect because he is a minor.

Investigators believe the pair were among those suspected of opening fire at an apartment complex in Baton Rouge. Officials said the shooting occurred after the suspects got into a fight with two males who were seated in lounge chairs near a swimming pool, according to the station. 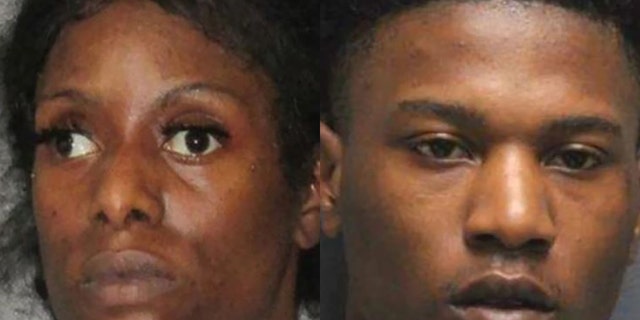 Latoya Coleman, 36, and her son, David Williams, 19, were arrested this week in connection with a shooting in Louisiana on Memorial Day.
(Baton Rouge Police Department)

According to arrest records, Coleman is accused of helping her two sons escape to Texas after the shooting, Baton Rouge’s WAFB-TV reported.

Police said they obtained a handwritten receipt from a hotel in Texas for Coleman. Surveillance footage also captured the mother and her two sons at the hotel, according to arrest records.

Charges were pending against the brothers, police said Thursday.

Two other suspects, Christopher Stovall, 23, and a 15-year-old, were each booked on three counts of principal to first-degree murder and illegal use of a weapon, WBRZ-TV reported.