A SWARM of locusts is threatening to invade Brazil as the country struggles to battles one of the world's worst coronavirus outbreaks.

The swarm, believed to contain up to 40 million insects, formed in Paraguay last month and has eaten its way through Argentina since May 21. 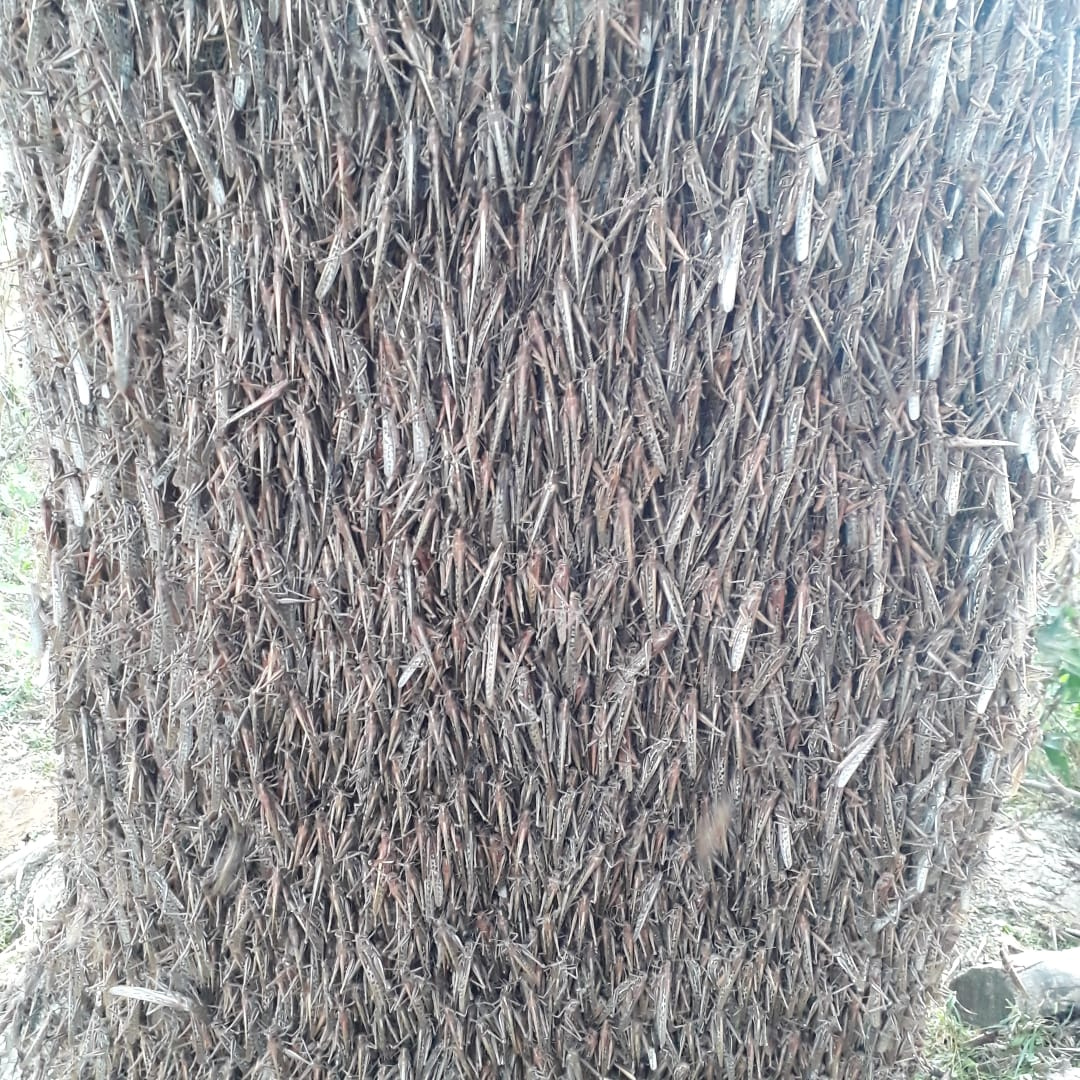 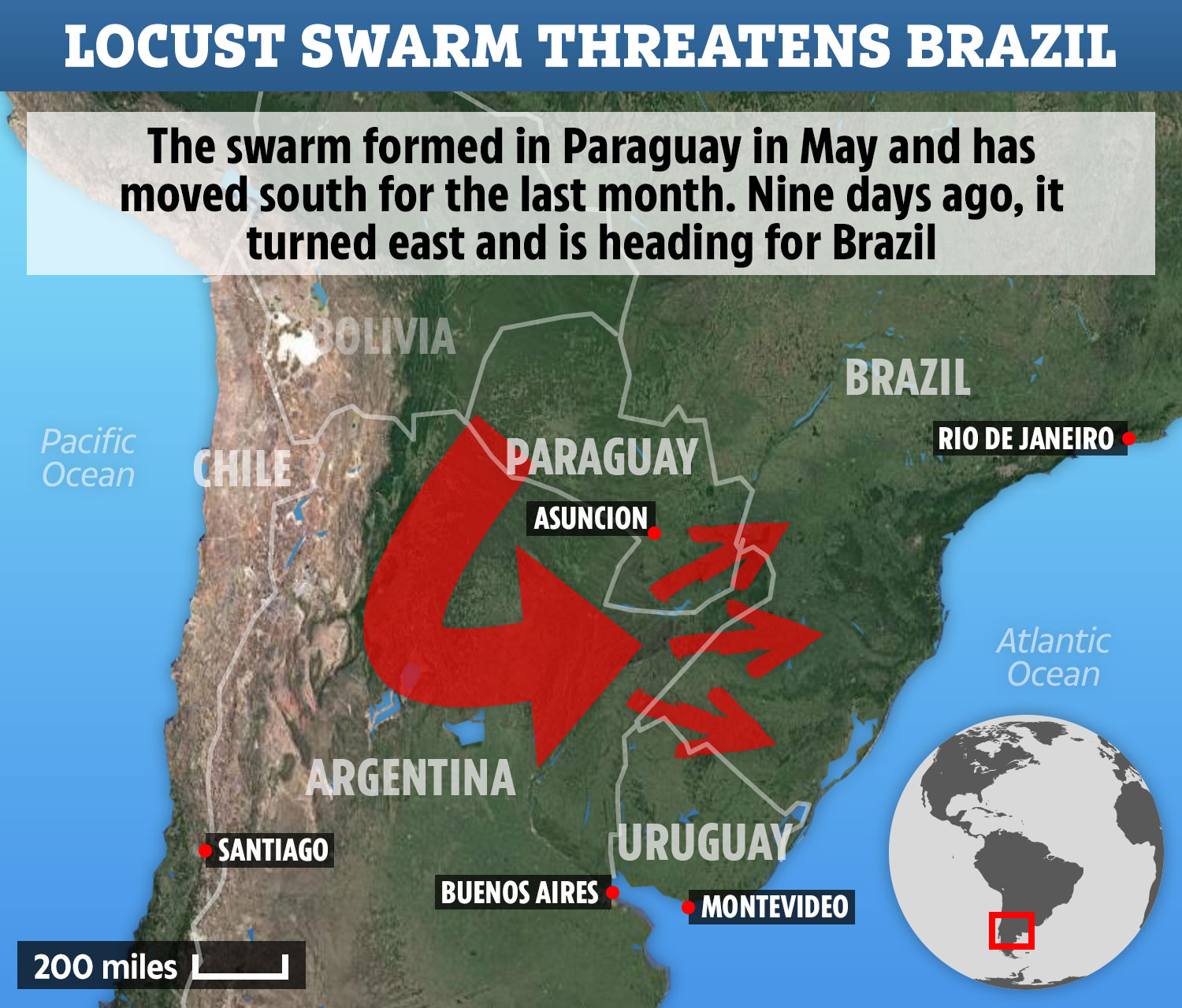 Nine days ago, it turned east and is now heading towards Brazil and Uruguay.

Farming minister Cristina Dias declared "phytosanitary emergency" on June 25 in the states of Rio Grande do Sol and Santa Catarina. The swarm can move up to 93 miles in a day.

Although recent cold weather and rain is claimed to have slowed the pests' progress, there are concerns in Brazil, report Mail Online.

A representative from the Aprosoja growers associations in Rio Grande do Sol said they feared the locusts would enter the state where corn is still being harvested and wheat being grown.

Eugenio Hack of the Copercampos cooperative in Santa Catarina said that if the locusts were move to the state, producers would have to be trained to use different chemicals.

"My grandfather dealt with locusts many years ago. Farmers used to dig ditches, cover insects with soil and then set them on fire," Hack said.

In Argentina, both the National Service of Agri-food Health and Quality (SENASA) and the Buenos Aires grain exchange were less worried by the locust swarm than dry weather impacting crops. 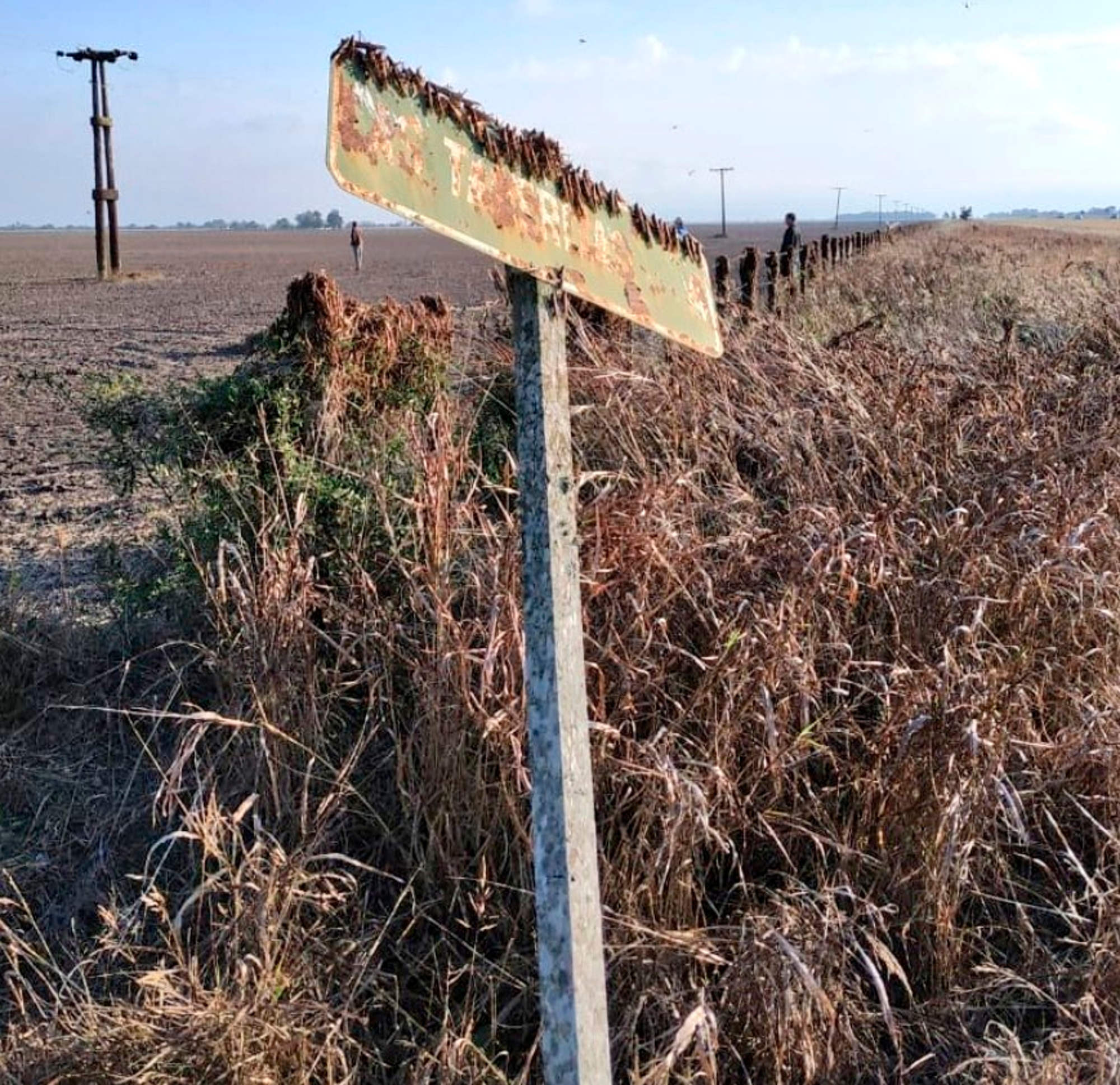 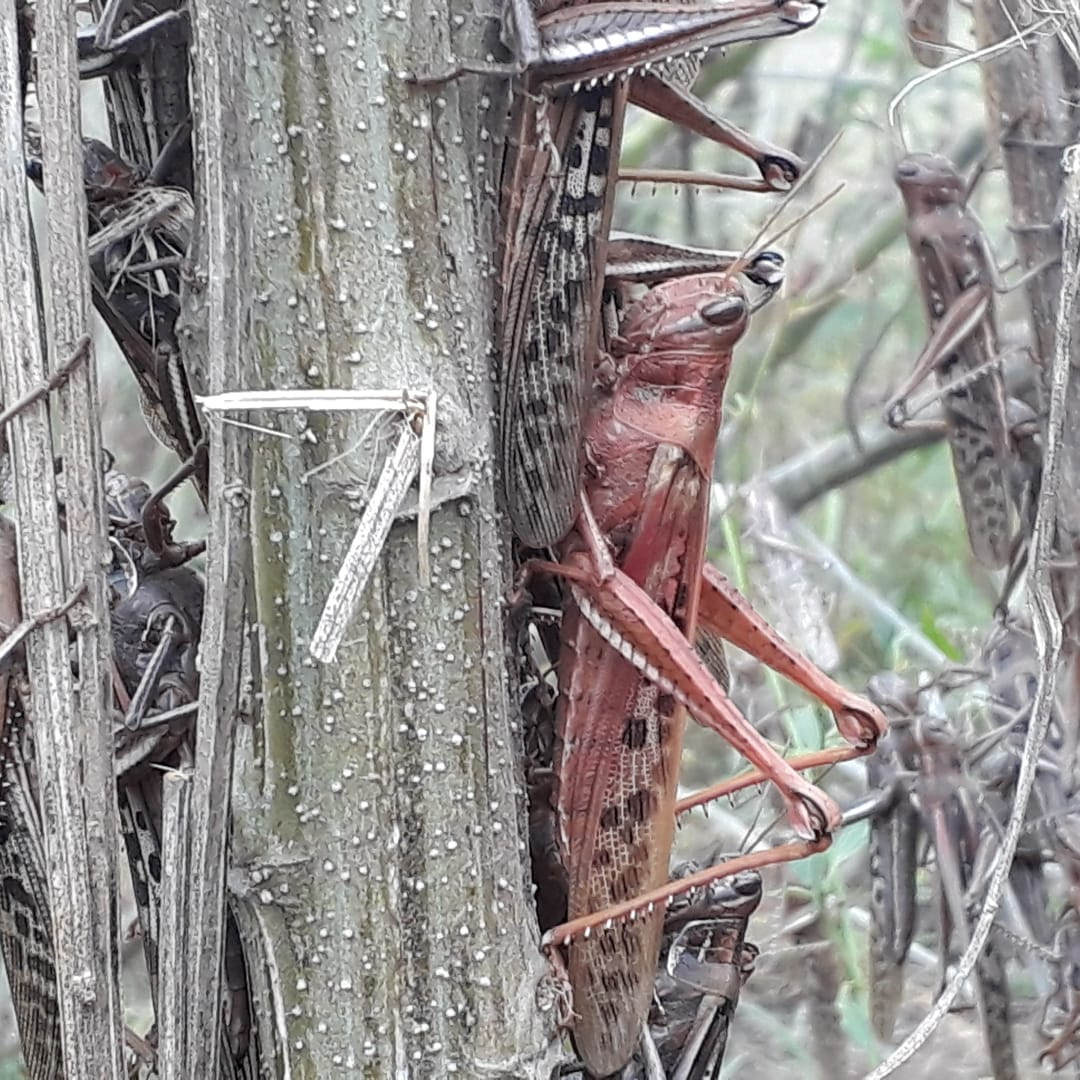 Head of agricultural estimates at the exchange Esteban Copati said: "For now (the swarm) is not a problem, we are more concerned about the humidity issue for wheat planting than locusts."

The invasion of locusts comes at a time when pressure is mounting on President Jair Bolsonaro over his handling of the coronavirus pandemic.

Latin America has emerged as a new hotspot, with Brazil recording over 58,000 deaths and a million cases and the infection rate showing no sign of slowing down.

Biblical plagues have also been experienced in Africa and Asia.

The branches of trees have been stripped bare in northern Kenya, causing them to bend downwards under the weight of locusts.

Numbers of locusts exploded in East Africa and the Red Sea region in late 2019, exacerbated by unusual weather patterns.

Swarms of insects flew west from Yemen and this year reached Kenya, Somalia, and Ethiopia.

A new generation of the insect has hatched in Turkana, Kenya and will be able to travel up to 80 miles in a day when their wings develop.

The hatchings have occurred in a region where 20 million people struggle for food.

A swarm of locusts descended on the town of Gurugram on June 27 which led to residents taking photos on their rooftops, report The Times of India.

In May, India battled a devastating desert locust outbreak. The crop destroying swarms first attacked Rajasthan before spreading to the districts of Punjab, Maharashtra and Madyha Pradesh.

The desert locust is said to be the most destructive and is capable of travelling 150km (93.2 miles) a day.

A swarm just one kilometre square is thought to eat as much food as 35,000 people, according to the Times of India. 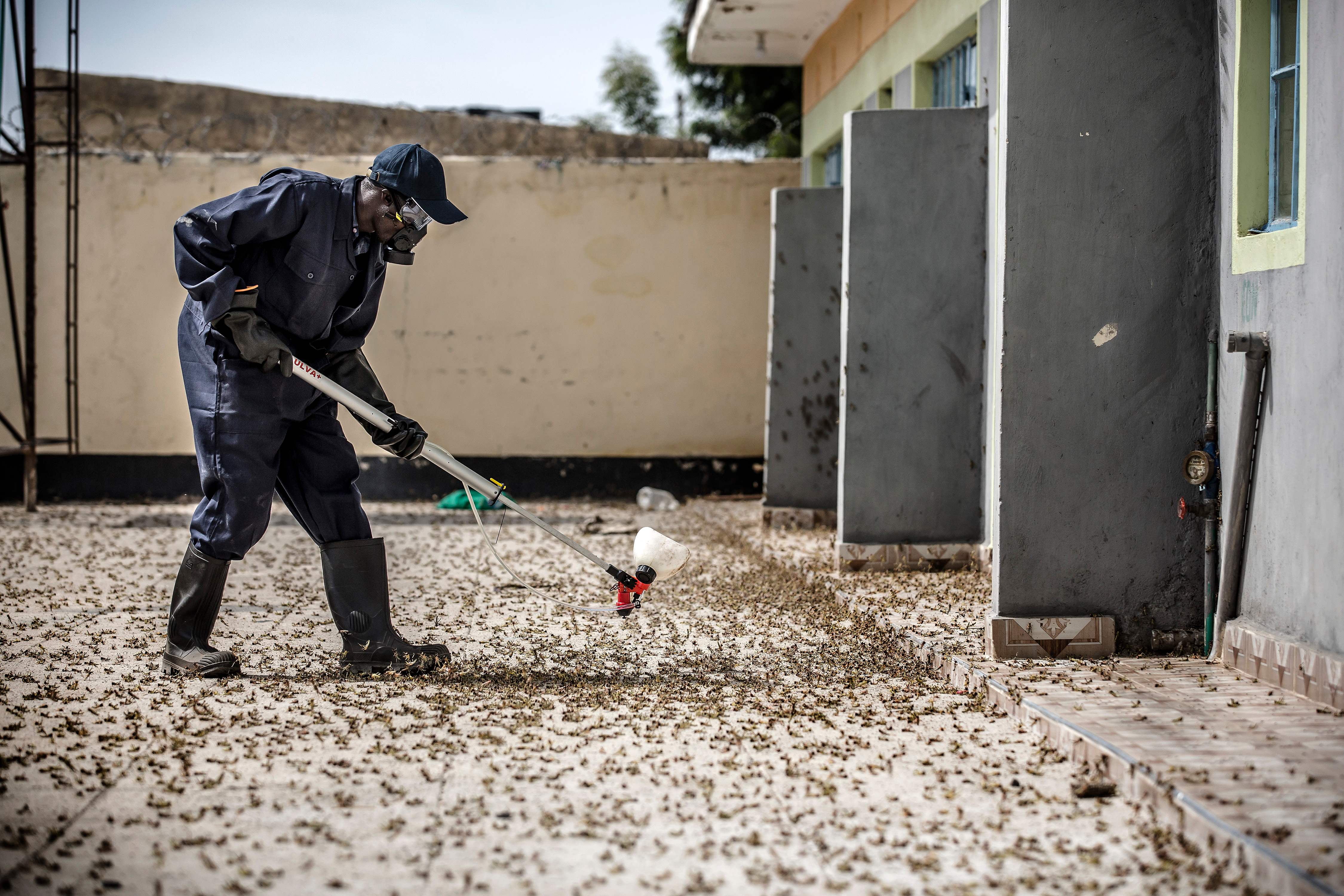 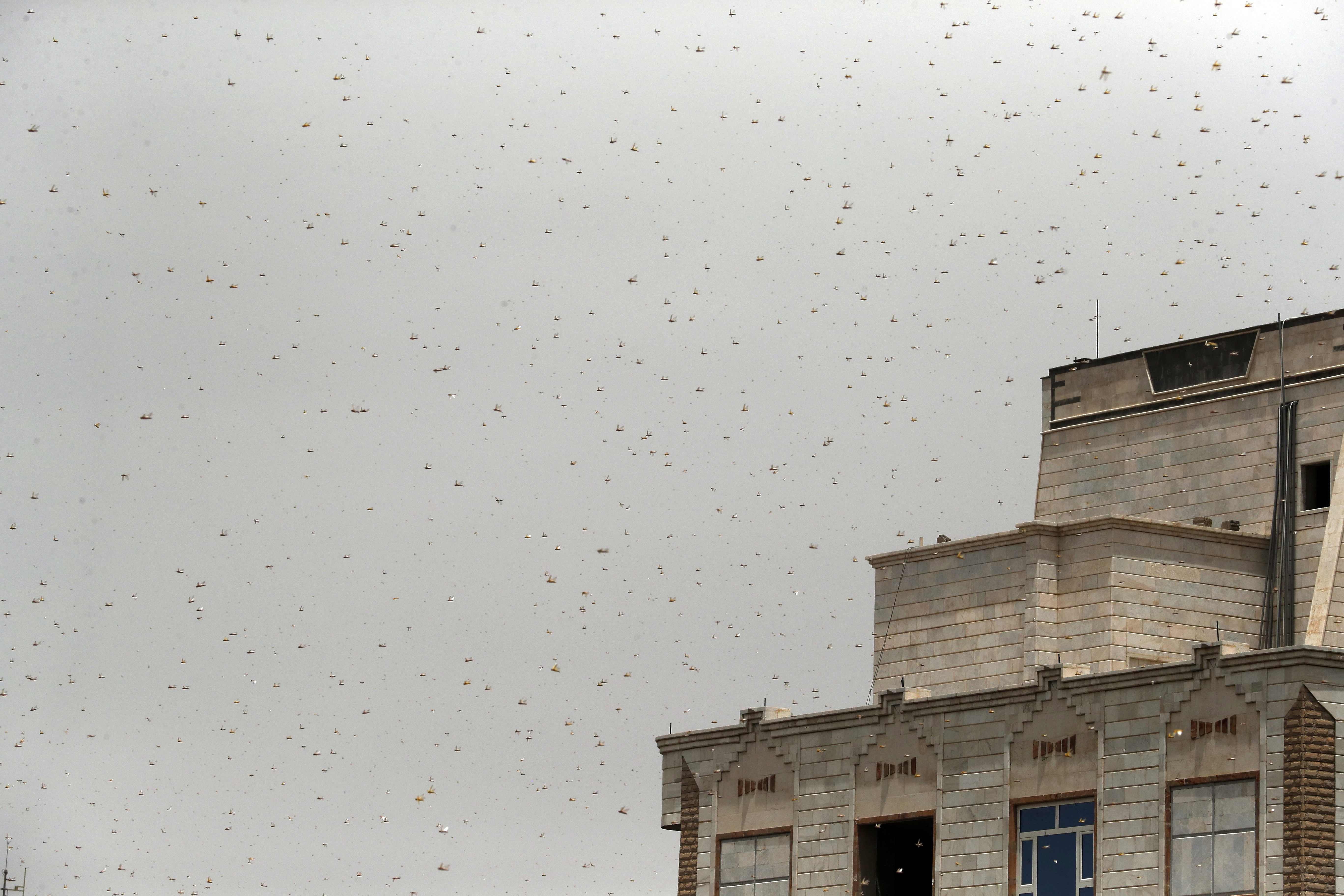 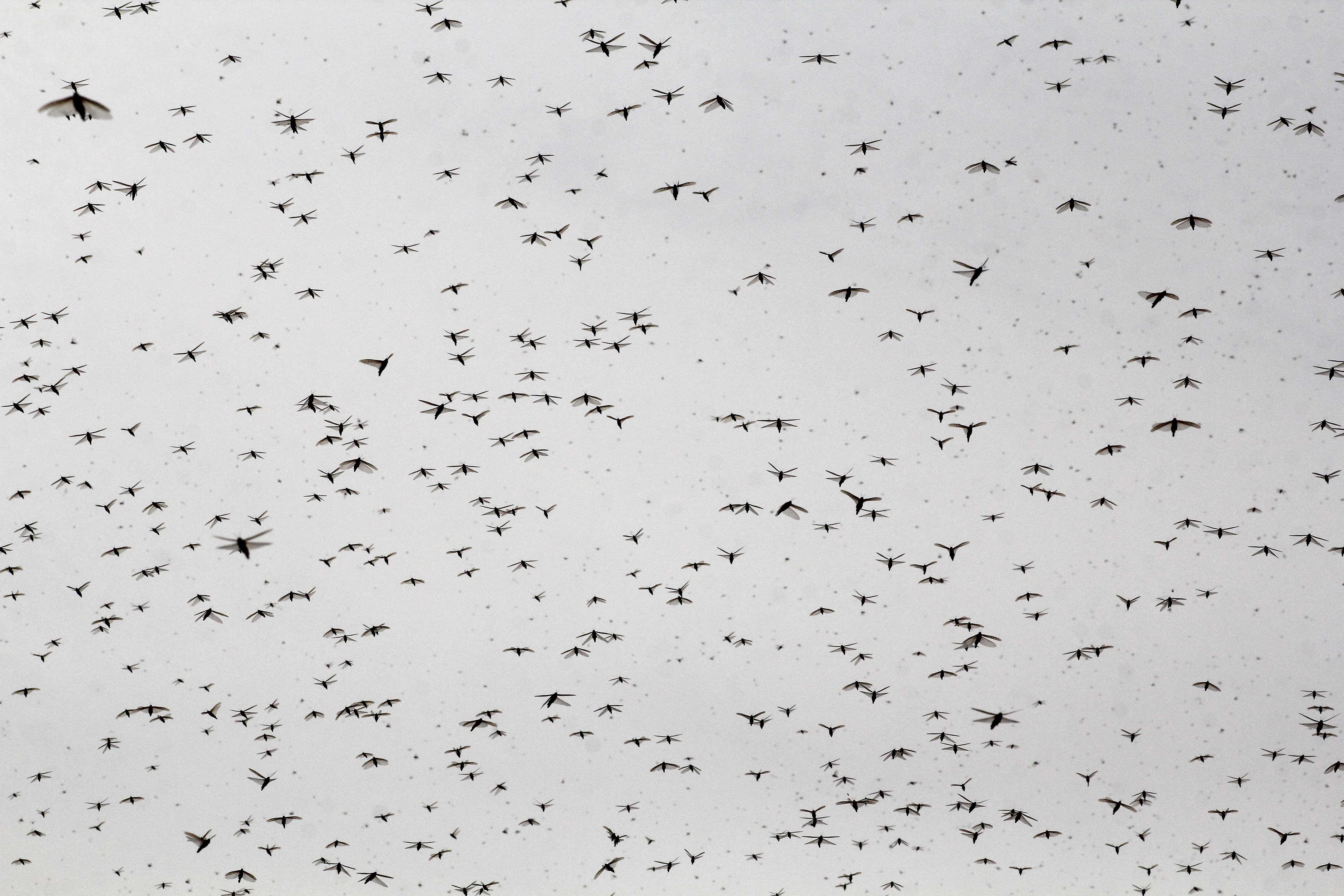 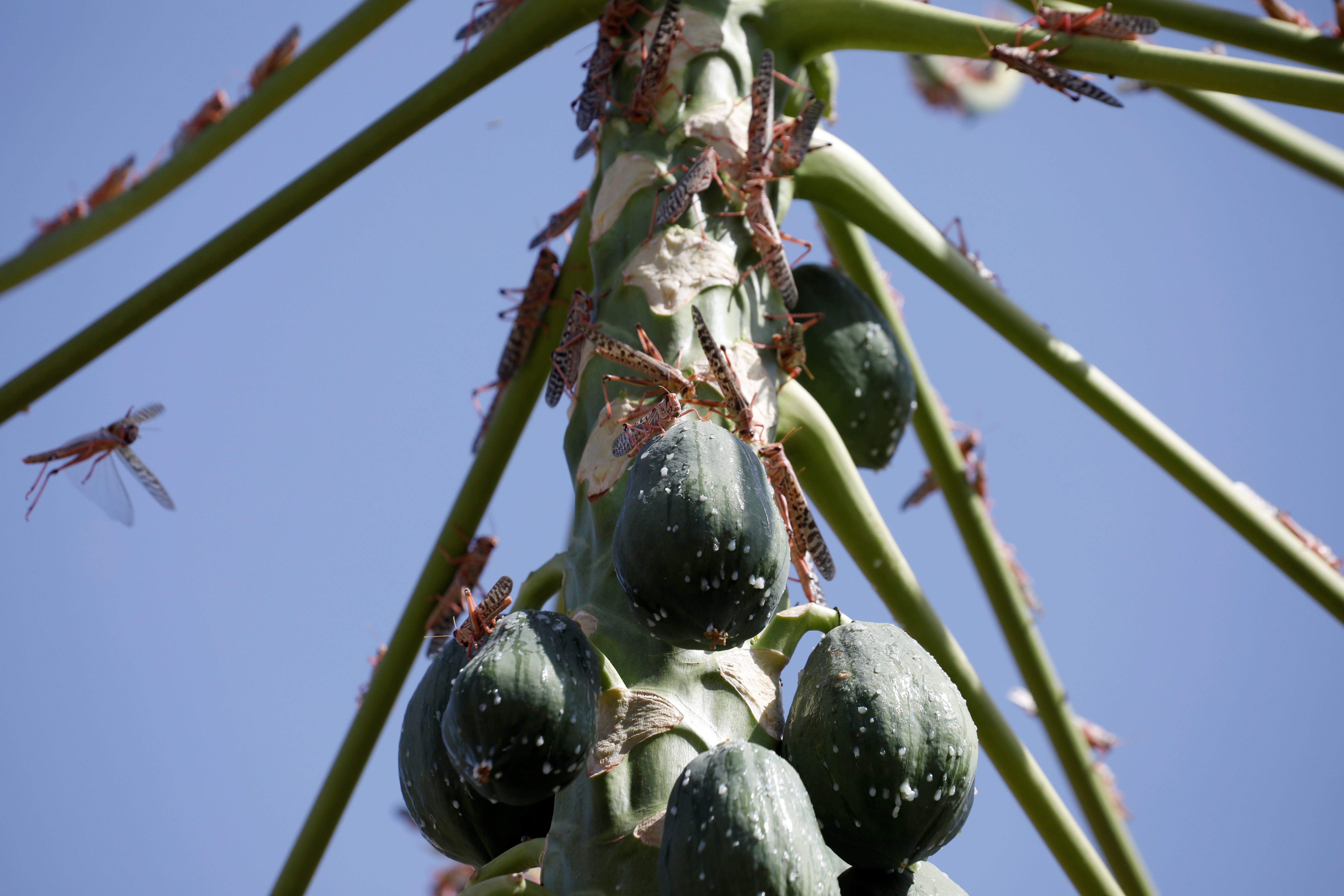 Brazil reports 1,200 new deaths in 24 hours as WHO calls for aggressive action after a record surge in global cases. The World Health Organization...