Prime Minister Liz Truss told her Tory Brexiteer MPs that her decision the reverse her tax cuts was ‘painful’ but but reassured them her economic goal remains the same – as she looks to quell rumours of rebellion.

New Chancellor Jeremy Hunt announced that Ms Truss’ £32billion worth of unfunded tax cuts were being reversed – despite them forming the basis of her leadership campaign.

He also drastically cut back the Government’s energy bills support scheme from two years to six months to reassure the markets.

Following the reversal, a  new poll showed that half of Tory members want Ms Truss to quit the top job and have Boris Johnson be her replacement.

Ms Truss has now brought former Boris Johnson aide David Canzini back into No10, in an effort to save her premiership in the wake of her mini-Budget disaster.

He had previously been drafted into No10 by Mr Johnson to gain support at the height of the Partygate scandal earlier this year – and he was said to have introduced more discipline and focus.

Mr Canzini was widely viewed to have pushed Mr Johnson to the Right on various issues during his spell as deputy chief of staff in Downing Street.

Ms Truss’s own efforts to salvage her political future saw her meet tonight with around 50 of the European Research Group (ERG) of Tory Brexiteers in Parliament.

It was part of her continuing bid to shore up support with the various wings of the Conservative Party and came 24 hours after she addressed ‘centrist’ Tory MPs following her mini-Budget U-turn. 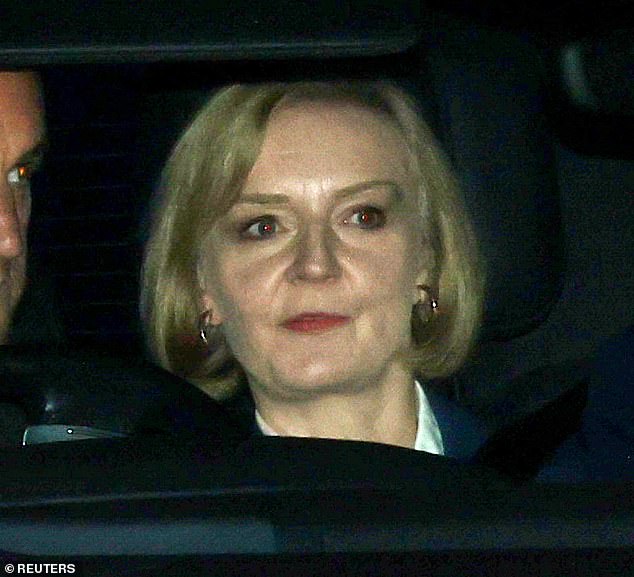 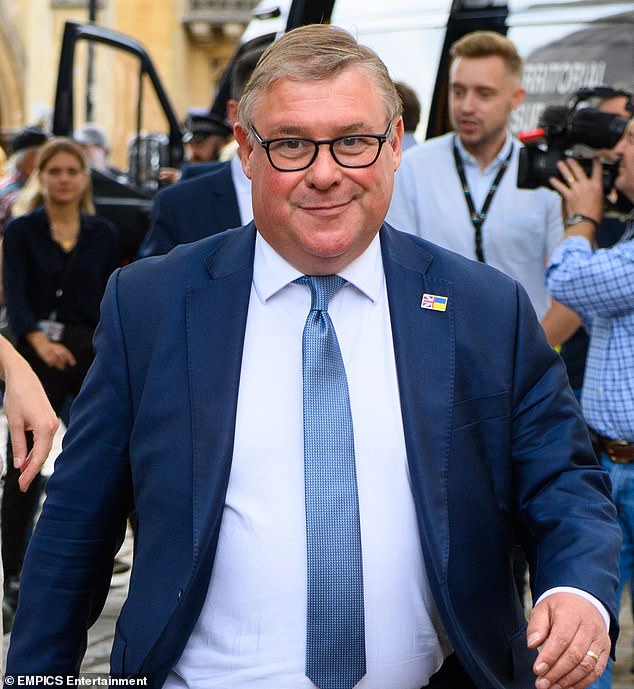 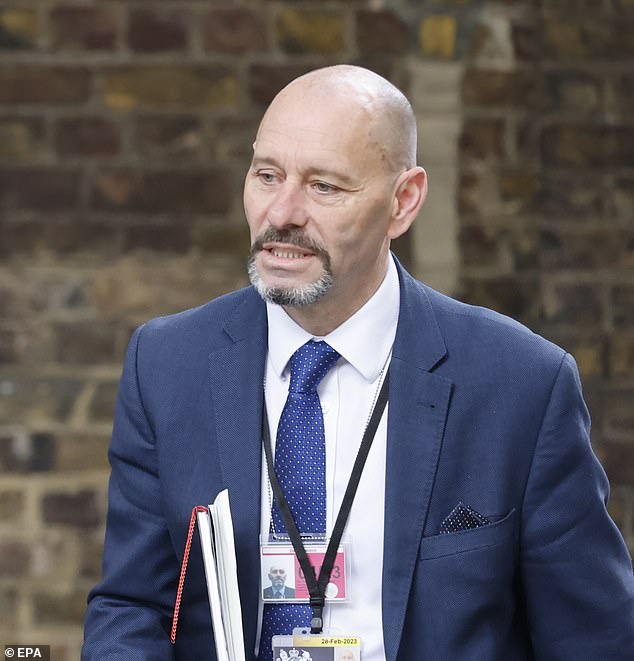 The PM spoke to the ERG about ‘her disappointment at not being able to get through her tax cuts’ and told MPs she ‘found it painful and she did it because she had to’, said Ms Truss’s deputy press secretary .

Ms Truss was also said to have assured the Brexiteer group her economic mission remains the same but will be ‘slower than she wanted and there is no alternative to delivering on that’.

‘We were delighted to hear her unequivocal commitment to spending three per cent of GDP on defence by the end of the decade,’ he told reporters.

Mr Francois also said Ms Truss had promised a ‘robust outcome’ from negotiations with the EU over the Northern Ireland Protocol. 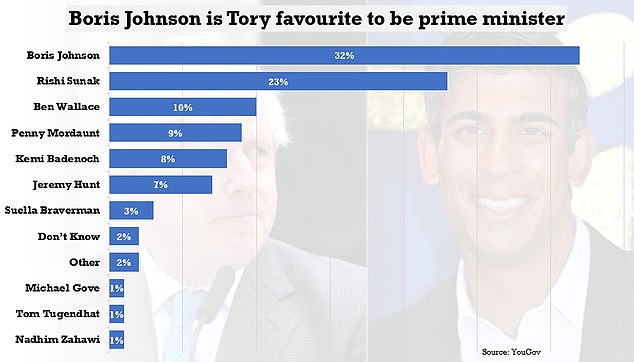 Boris Johnson was the preferred option as a replacement, with 32 per cent supporting as their first choice while 23 per cent said Rishi Sunak and 10 per cent Ben Wallace 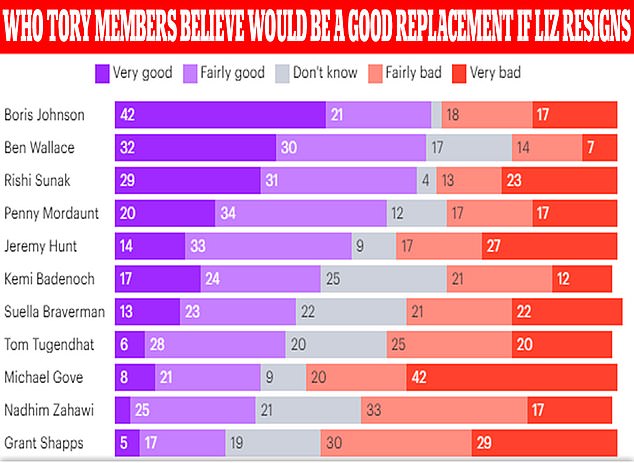 A new YouGov survey revealed four in five party activists thought the PM was doing a bad job and 55 per cent were convinced she should go, compared to just 38 per cent who backed her staying.

Her predecessor Mr Johnson was the preferred option as a replacement, with 32 per cent supporting him as first choice while 23 per cent said Rishi Sunak and 10 per cent Ben Wallace.

The brutal findings emerged as the PM held a 90-minute debate with Cabinet over the parlous state of the public finances – although No10 insisted no ministers urged her to resign.

MPs are considering whether and how to stage a coup in the wake of Jeremy Hunt’s extraordinary demolition of her flagship economic plans.

Backbencher Robert Largan penned an article warning of the dangers of ‘dumpster fires’, making a thinly-veiled comparison with the state of the government.

‘The act of extinguishing the flames could well be the end of the skip they originated in. But urgent action is necessary nevertheless,’ he said.