University quiz’s biggest challenge… attracting women! Just 17 out of 64 contestants that featured on BBC’s academic showdown since July have been female

Six years ago University Challenge quizmaster Jeremy Paxman asked why so few women made it on to the long-running BBC2 show.

Now, with the latest series under way, The Mail on Sunday can reveal that the disparity in numbers between male and female competitors has still not improved.

The former Newsnight presenter told finalists in 2015 to expect tough questions, then added: ‘Few tougher, perhaps, than why on earth are there no women left in this stage of the competition?’

Just two years after the comments by Paxman, there was another all-male final between Wolfson College, Cambridge and Balliol College, Oxford. 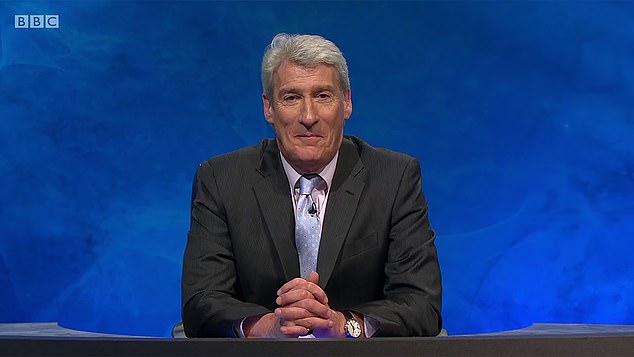 Since July, only 17 out of 64 contestants on University Challenge have been women. Six years ago, Jeremy Paxman (pictured) asked why so few women made it on to the BBC2 show

And so far in the current series, which started in July, only 17 out of 64 contestants who have taken part were women – just 26 per cent.

The contestants are not selected by the BBC but by their universities, which hold quizzes to pick their team line-ups.

Rose McKeown, a star of the 2017 winning team from St John’s College, Cambridge, blamed online abuse when asked for a reason why women steered clear of the show.

She said: ‘The most obvious one is, unfortunately, the hostility that some female contestants are subjected to on social media but also there may be an issue with women underestimating themselves and being hesitant to try out for the show.’ 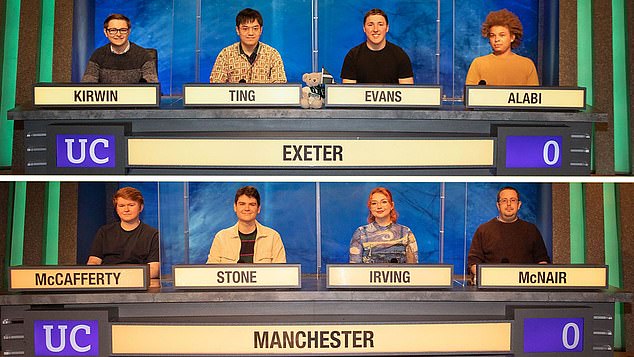 Hannah Rose Woods, captain of the 2015-2016 winning team from Peterhouse, Cambridge, also said that there was a ‘confidence gap’ between genders.

‘There’s a huge confidence gap between men and women which makes women far less likely to put themselves forward to audition at university level,’ she said.

‘General knowledge has deeply gendered connotations: if you’ve grown up being told that something isn’t ‘for’ someone like you, it’s hard not to internalise that logic.’

Executive producer Peter Gwyn said questions would be framed in a way that made it impossible to tell if they were written by a man or woman.

A BBC spokesman said: ‘We will always do everything we can to encourage more women to take part as contestants.

‘While the make-up of each team is ultimately decided by the university it represents, we encourage all teams who apply to reflect the diversity of their student population, and we will continue to look at how we can work with universities to help them with this.’