JON Voight has thanked Donald Trump for his time in office while insisting the fight to overturn the election is not over.

The Oscar winner, 82, who starred in classic films Midnight Cowboy and Deliverance, sent a video message to Republicans saying the Capitol rioters "will be heard". 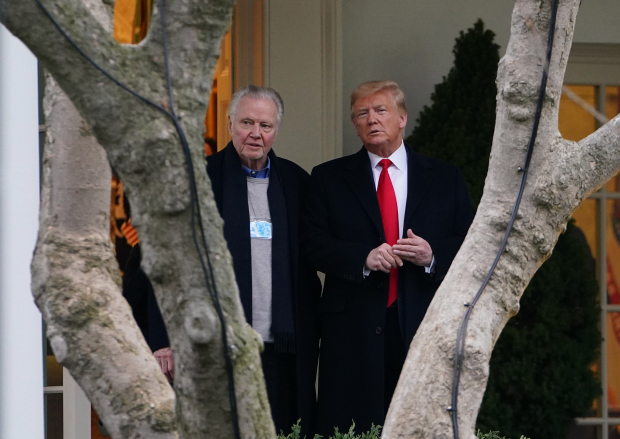 Voight, an outspoken Trump supporter who shared a video in November speaking out about the election results, said that ‘this violence isn’t who we are’ but added that the rioters ‘will be heard’.

Filmed while seated before an American flag, Voight opened by addressing his “fellow Americans”.

“Let us not weep, but give thanks to President Trump for his four years of hard work and love for America,” he said.

“Let us not put our heads down, but rise, and look to a better future.”

He spoke of last week's deadly riots that saw Trump supporters force themselves past Capitol security just as the Senate was in the process of voting to confirm the electoral college votes.

'I know all are disappointed, but this violence is not who we are. We are love, respect, honor. The ones who destroyed will be accountable but the ones who truly wanted to share love and respect will be heard,' said Voight.

In the minute-long video Voight attempted to deliver a message of unity for the American people despite the enormous political and cultural divide facing the country.

He also suggested Trump's fight to overturn the election is still not done.

'Let us put aside our differences and let America grow. Let us stand again with pride and we as a nation will hold on to the love that President Trump shared with us all. It's not over. The truths of justice will prevail for God's glory shall as well. Love to you,' he said as he signed off.

Voight, who is the father of actress Angelina Jolie, received a Medal of Freedom from Trump earlier in his presidency.

His attempt at a message of unity was worlds apart from another video that he put out after Election Day. In this video message, which runs for just less than two minutes, he insists Trump is the real winner of the election.

Getting this recognised, and Biden's win overturned, is the "greatest fight since the Civil War", he said.

'My friends of all colors, races and religions, this is now our greatest fight since the civil war,' Voight said in the video.

'The battle of righteousness versus Satan – yes, Satan. Because these leftists are evil, corrupt and they want to tear down this nation.

'We must not allow this. We must fight this corruption that has taken over and fight for the good that seems lost,' he added. 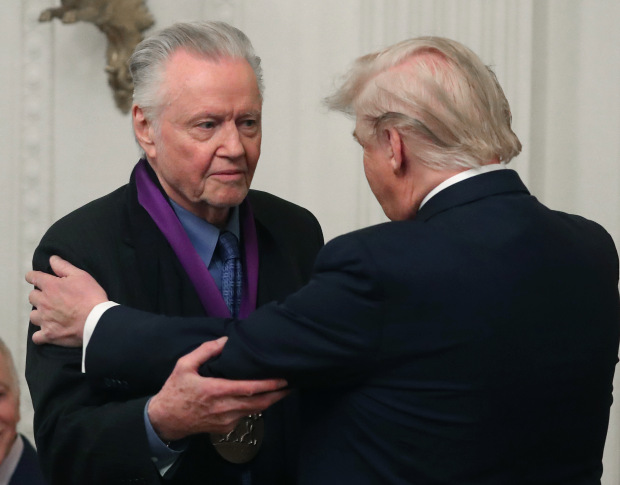 Voight went on to urge Americans to give their 'trust to God', calling the ballot count 'corruption' before closing his statement with a quote from Muhammed Ali.

'Let us not back down, let us fight this fight as if it is our last fight on earth. As Muhammed Ali said, it's not over until the last punch you have.'

Voight has previously appeared at campaign rallies and events to support Trump.