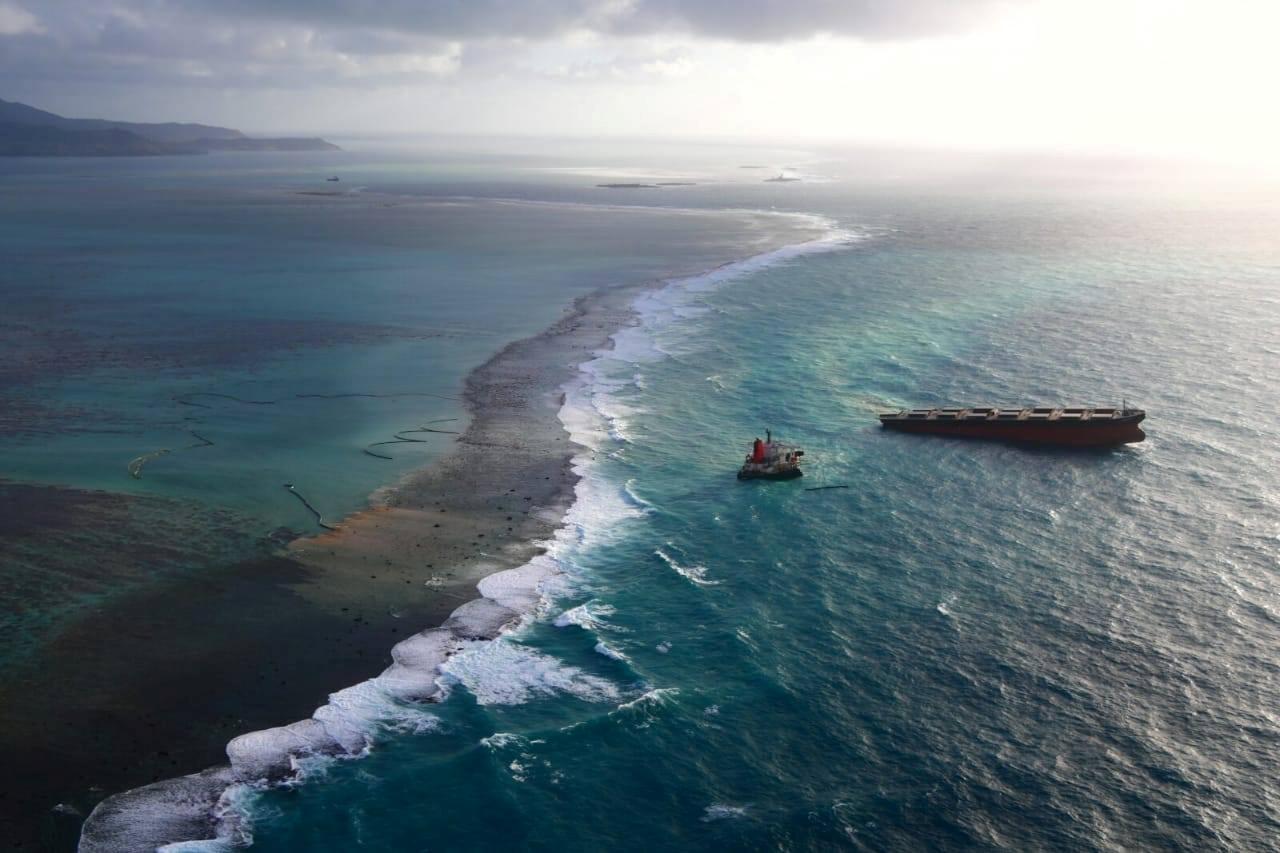 TOKYO (Reuters) – Japan’s Nagashiki Shipping, the owner of a bulk carrier that ran aground in Mauritius, causing an oil spill in one of the world’s most pristine environments, said Wednesday it awaited judicial decisions after two of the ship’s officers were arrested.

Nagashiki issued a statement on Wednesday after the arrest overnight in Mauritius of the captain and of the bulk carrier, MV Wakashio, and another of the ship’s officers on charges of endangering safe navigation. It did not provide further details on the situation in Mauritius beyond saying it would support the crew and their families.

“We sincerely apologise for causing a great deal of inconvenience to everyone involved, including everyone in Mauritius, due to this grounding accident and oil spill,” the statement said.

The MV Wakashio struck a coral reef off the Indian Ocean island on July 25 and began spilling oil on Aug. 6, prompting the government to announce a state of environmental emergency.

The spill spread over a vast area of endangered corals, affecting fish and other marine life in what some scientists have called the country’s worst ecological disaster. Emergency crews removed most of the ship’s remaining oil before it split apart on Saturday.

The other person arrested was the ship’s deputy captain, a maritime official in Mauritius with knowledge of the incident, who asked not to be named, told Reuters.

Removing the ship is likely to take months.