HOW ironic that at a time when the Bank of England is putting more women on banknotes in order to promote “inclusivity”, it is becoming harder for us to get hold of those notes.

According to the consumer group Which?, 5,000 cashpoints have been lost over the past 18 months — one in ten of the total. 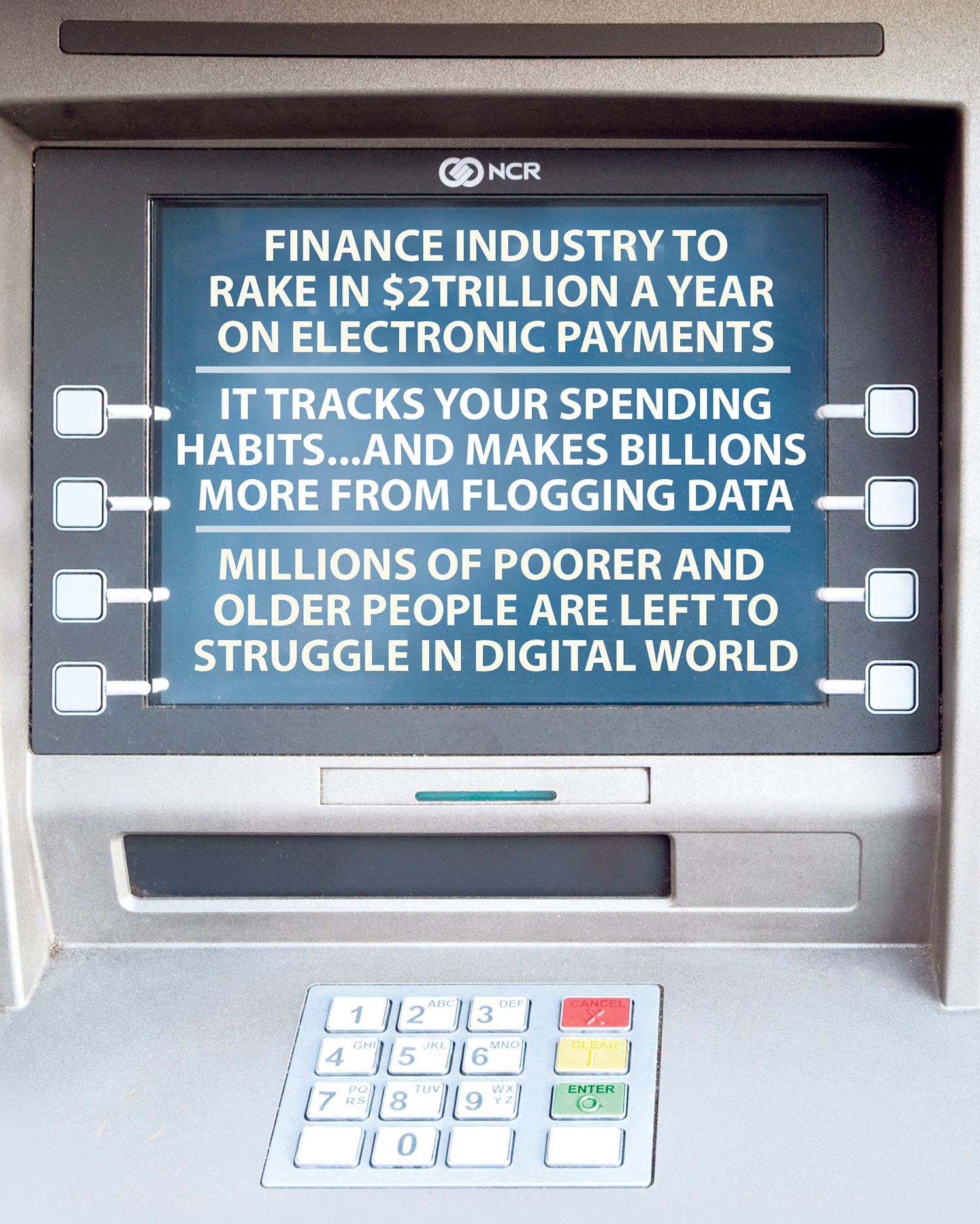 Worse, poor areas are being struck most.

Nearly a thousand of the lost cashpoints were in the most deprived areas, such as Birmingham Ladywood, which has lost 47 machines.

Some towns no longer have a machine at all, or if they do it is one that charges people a fee to access their own hard-earned cash.

The disappearance of cashpoints is partly to do with a disagreement over fees between the banks and other operators of the Link network of cashpoints.

But there is another story underlying the disappearance of cash. There is a huge lobbying operation to try to persuade us all to go cashless and use only electronic forms of payments.

Already, some fashionable bars and restaurants advertise themselves as cashless.

Some towns no longer have a machine at all, or if they do it is one that charges people a fee to access their own hard-earned cash.

Sainsbury’s recently opened a store where the only way to pay was via a smartphone app — though it was rapidly forced to change its policy when confused shoppers jammed the helpdesk.

Little known to most people, David Cameron nearly announced in his 2015 Conservative Party conference speech that Britain would become the world’s first entirely cashless society by 2020.

He only pulled back when advisers warned that the public was not ready for such a move.

Too right we are not ready to have cash snatched from our wallets and be forced to pay for everything with cards or smartphones. And I hope we never will be.

I have nothing against electronic forms of payment, when we choose to use them.

I do plenty of shopping online and often choose to pay by card in shops, too.

But the right to use cash is a vital freedom if we are to avoid being exploited.

I am sick of being told that going cashless is for my convenience. No, it isn’t.

It is for the enrichment of some very powerful financial interests who have been furiously lobbying governments to abolish cash. 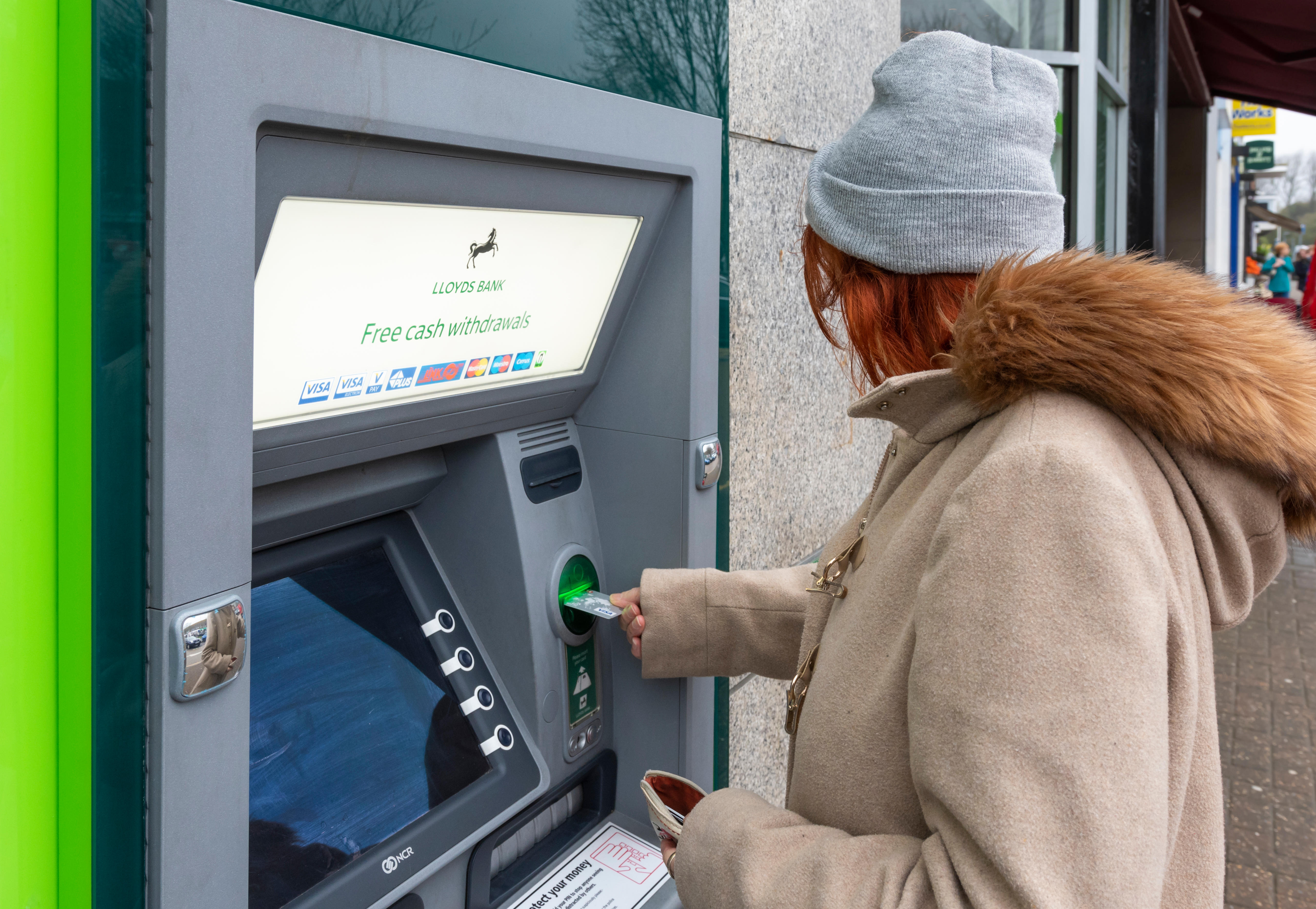 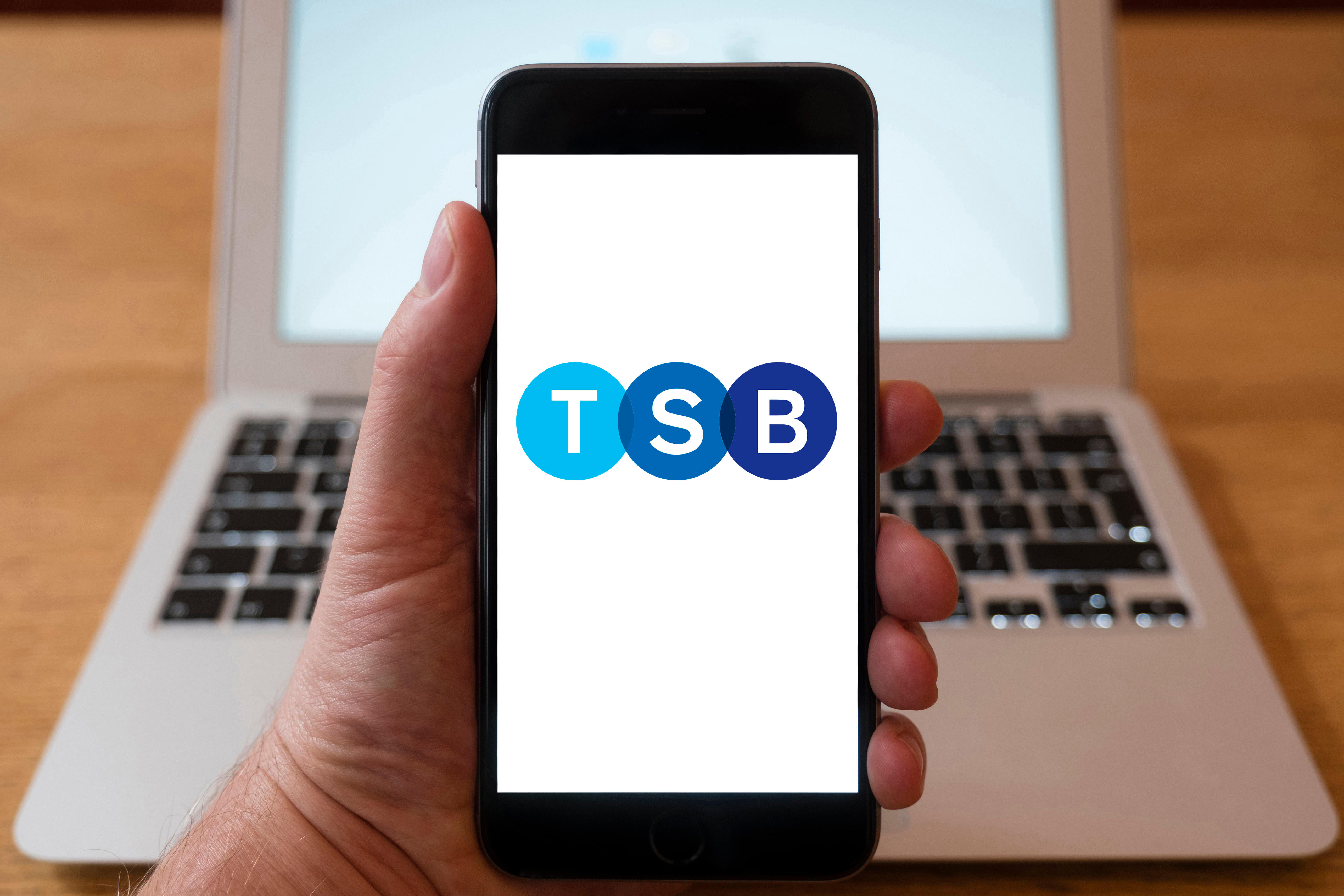 In 2016, investors worldwide put $19billion (£15.2billion) into the financial technology — or fintech — industry.

Why? In the expectation of huge rewards.

According to the Boston Consulting Group, the industry currently earns $1trillion (£802billion) a year in revenue — such as fees when we use our credit card or download a payment app on to our phone.

No prizes for guessing where that extra $1trillion is going to be coming from — you and me.

It might be free for consumers to use a debit card now, but you can be sure it won’t be if the option of paying by cash is abolished.

Another reason the industry wants to force us to go cashless is to sell data on our shopping habits.

When we buy things with cash, we are anonymous. But when we spend on our cards, our spending can be tracked.

Visa, Mastercard and ­American Express have already set up subsidiaries to monetise this data and flog it for marketing purposes.

While some stand to make fortunes, the victims of an increasingly cashless economy are the poor and elderly, who find their lives made ever more difficult.

Hard though it may be for some of us to believe, when a cashless London transport system was being discussed it emerged that ten per cent of the passengers do not have a bank account.

It is not easy to open an account if you do not have a fixed address and cannot produce things such as utility bills. How are such people supposed to cope in a cashless society?

The victims of an increasingly cashless economy are the poor and elderly, who find their lives made ever more difficult.

There are some things — such as parking in certain towns — which can now only be done by smartphone app.

That might make sense to young, educated policymakers in Whitehall and council officials who have grown up with the devices and find that using them is second nature.

Yet surprising though it may seem to some, 7.5 per cent of the population has never used the internet.

Four in five over-65s do not own a smartphone, and with good reason.

Even without arthritis or serious problems with my vision, I find the devices extremely fiddly to use.

I struggle to read what is on the screen and I often find my phone battery has run down by the end of the day.

I wouldn’t want to be without a phone, but even less would I want to be reliant on it as my electronic wallet.

When the Cameron government was seriously considering turning Britain cashless, one of the reasons mentioned was that it would help tackle crime on the grounds it is supposedly harder for criminals to handle electronic money, as it can be traced.

But try telling that to the many victims of online scams who lost a collective £1.2billion last year in Britain.

Just because electronic transfers are theoretically traceable doesn’t mean anyone is actually doing the tracing.

Online fraud simply isn’t being taken seriously enough by the police or any other authority.

Until or unless it is, going cashless will expose more people to fraud as they are forced to open online accounts.

What is wrong with having a variety of ways to pay and letting us choose?

Cash, cards and cheques have happily co-existed for decades and there is no reason why cash cannot continue to exist alongside payment apps and the like.

Far from sneakily trying to abolish cash, the Government should be standing up for our right to use it — ensuring, for one thing, that there are enough free cashpoints for all of us to access our money.

Outdoor seating only: Parisian cafes eke out space along sidewalks