The Irish teacher who was jailed following his refusal to use a student’s gender-neutral pronoun is from an evangelical Christian family who have protested against abortions and gay marriage.

Enoch Burke was arrested yesterday morning for breaching a court order not to teach at his Westmeath school, or be physically present there.

He had refused to address a transitioning student as ‘they’ rather than ‘he’, as requested by the student and their parents in May, and agreed to by the Church of Ireland school.

After Judge Michael Quinn made his ruling, Mr Burke said: ‘It is insanity that I will be led from this courtroom to a place of incarceration, but I will not give up my Christian beliefs.’

The suspended teacher is one of 10 siblings, all of whom were home-schooled by their evangelical mother, Martina Burke. 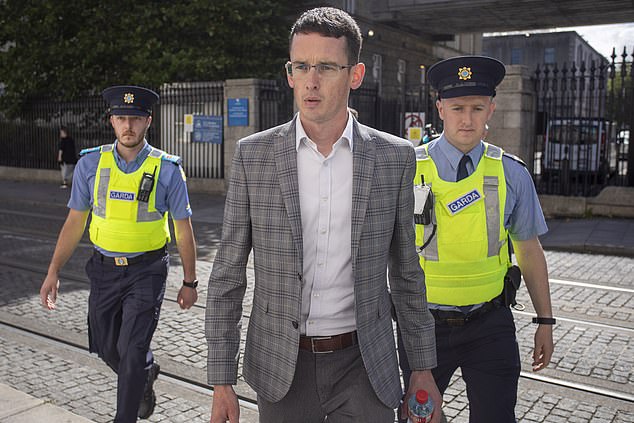 Teacher Enoch Burke (pictured on Monday being brought into the Bridewell Garda station in Garda custody) was arrested yesterday morning for breaching a court order not to teach at his Westmeath school, or be physically present there 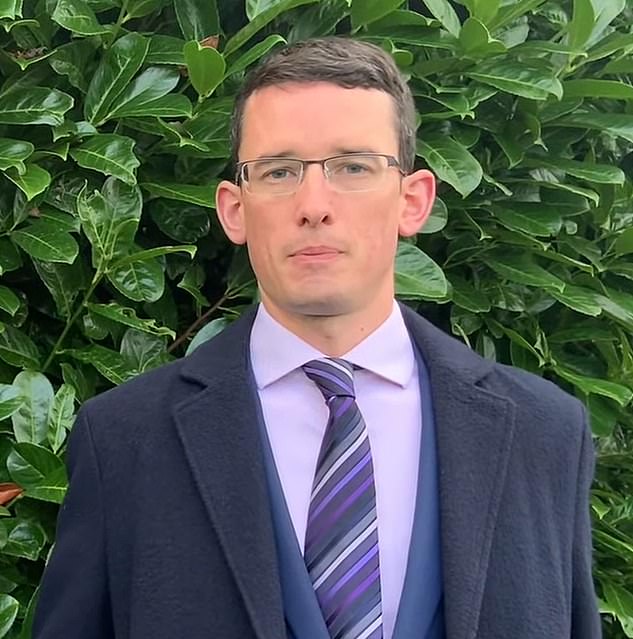 The matriarch founded Burke Christian School in Castlebar, which she advertises in local newspapers.

The Burkes are a notable family from Mayo, who have previously campaigned and launched protests against the referendum on abortion, and marriage equality.

Some of the family have also been involved in high profile legal cases, including a high court appeal on religious discrimination.

During the pandemic, the family placed posters in the Castlebar Market Square and protested against Mayo University Hospital.

Four years ago, Mrs Burke called LGBT+ training for school leaders ‘amoral’, arguing that it would ‘stigmatise modesty and inhibitions’.

And last year, four of her children, Ammi, Enoch, Isaac and Kezia Burke lost a legal case against University of Galway which stemmed from their views on gay marriage. 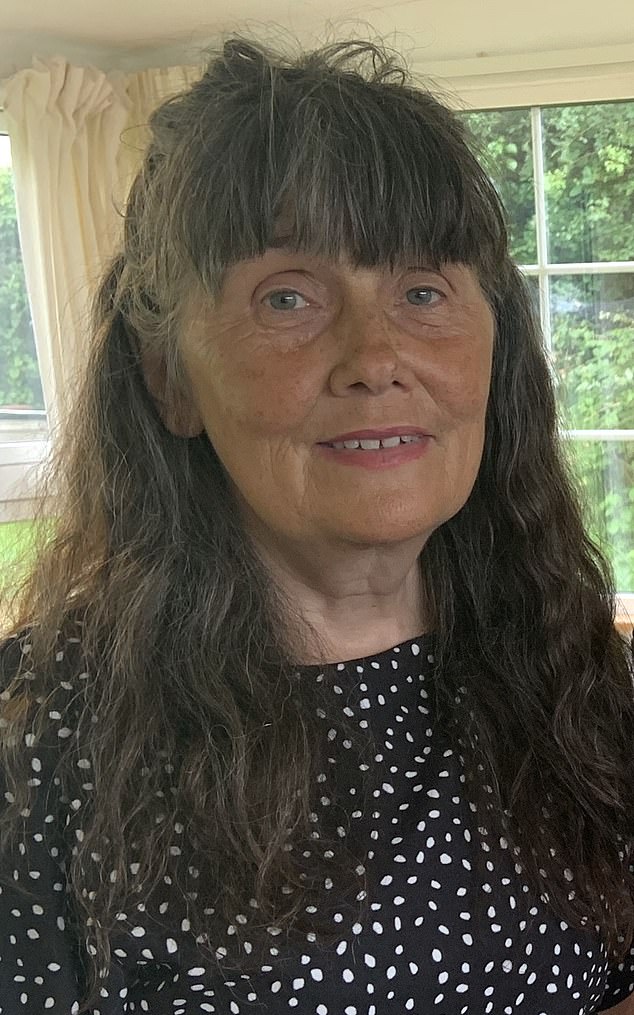 Martina Burke, mother of 10, is a qualified teacher and founded Burke Christian School in Castlebar 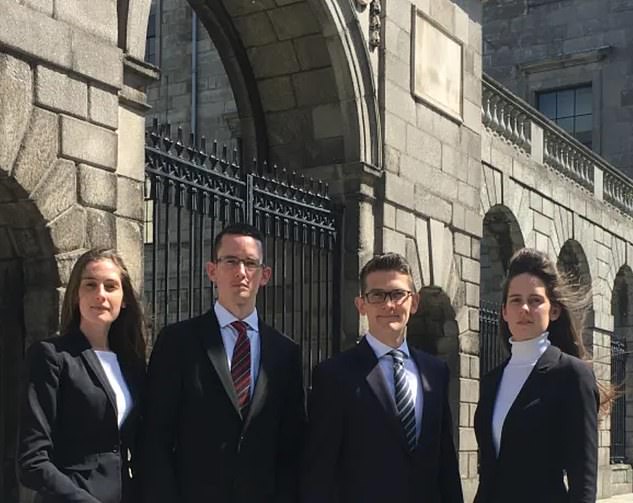 Pictured: Kezia Burke, Enoch Burke, Isaac Burke, and Ammi Burke in Dublin in 2021, outside the Four Courts. At the time, the siblings were fighting a religious discrimination case

They had been banned for life from becoming a member of its societies, after distributing flyers against gay marriage.

The siblings claimed that they were facing religious discrimination, however the college said that the ban was not about religion, the Irish Independent reported.

During Ireland’s abortion referendum, the Burkes were regularly protesting outside the constituency office of then Taoiseach, prime minister, Enda Kenny, the paper also reported.

Enoch Burke entered the limelight again this week as he was jailed for breaching a court order.

He was suspended the day before the start of the autumn term, pending the outcome of a disciplinary process.

But he refused to remain away from the school on paid leave for that suspension, the court heard, and would sit in an empty classroom, declaring that he was there to work. This led to his arrest.

Mr Burke told Judge Michael Quinn: ‘I am a teacher and I don’t want to go to prison. I want to be in my classroom today, that’s where I was this morning when I was arrested.’

‘I love my school, with its motto Res Non Verba, actions not words, but I am here today because I said I would not call a boy a girl,’ he said.

Referring to his suspension, Mr Burke said: ‘It is extraordinary and reprehensible that someone’s religious beliefs on this matter could ever be taken as grounds for an allegation of misconduct. 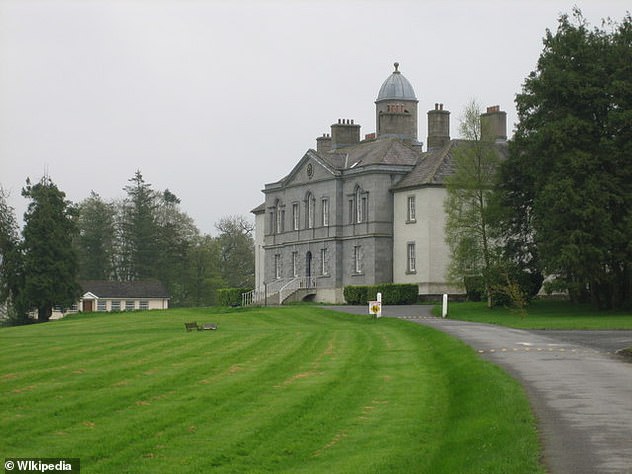 Judge Quinn said he was not ruling on the merits of Mr Burke’s arguments regarding his religious belief. Pictured: Wilson’s Hospital School in County Westmeath, Ireland

He described his suspension as ‘unreasonable, unjust and unfair’. He added: ‘There has been a dumbing down of the seriousness of suspension. It is a serious step.

‘It has tarnished my good character and my good name, particularly in the profession of a teacher, where one is so close to a large number of members of the local community. It leaves a stain on what has been, for me, an unblemished teaching record.’

Rosemary Mallon BL, for the board of management, told Judge Michael Quinn that her client had no choice but to ask the court to send Burke to prison for breach of a court order.

Judge Quinn said he was not ruling on the merits of Mr Burke’s arguments regarding his religious belief or his suspension, but merely on the question of whether there had been a wilful breach of a court order.

He was committed to Mountjoy prison in Dublin.